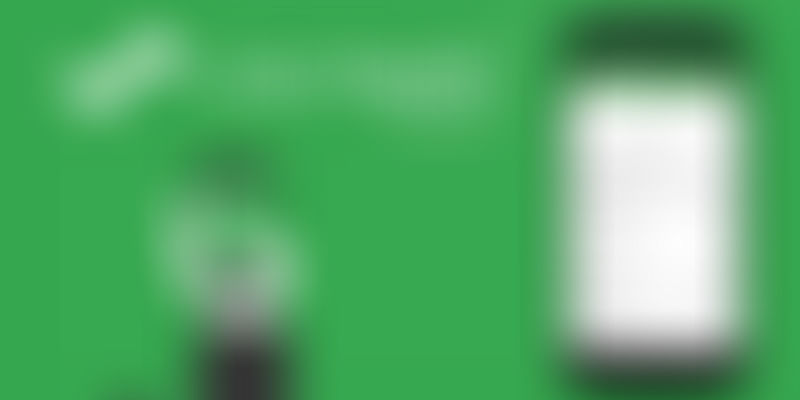 Abhimanyu Bhosle and Mukund Malani were computer geeks until they both joined a startup in Pune for an internship during their final year of engineering.

Today, Abhimanyu talks with ease about complex diagnostic tests like the HbA1c, lipid profile and so on. It is easy to confuse him for a doctor, but he is actually a hardcore engineer.

Building the healthcare startup LiveHealth was the game changer in his life.

These two graduates from Pune Institute of Computer Technology graduated in 2013, and realised that a lot could be done in the healthcare space. Their final year project involved collecting data directly from medical devices – like the ECG monitor and other medical devices—and storing them on the cloud.

“Mukund and I were very intrigued by the idea that there was so much to do in the medical space. I realised every chronic patient (more than one percent of the total population) has to do routine checkups and these are not monitored or logged properly. We decided to deliver medical records to patients the second they are done, directly on the phone,” said Abhimanyu.

LiveHealth creates intelligent reports instead of the usual single dimensional ones, something the founders claim as ‘revolutionary’ in the healthcare space.

What exactly do they do?

The Pune-based startup, founded in 2013, works as a management information system (MIS) for healthcare providers. It makes every step of the process smarter, from collecting samples, to diagnosing them and generating reports by optimising and analysing patients’ information.

Abhimanyu gives an example of how the LiveHealth system is different from the many other healthcare management systems or online doctor connect portals in the country.

Once a patient decides to do some diagnostic tests with one of the 135 health providers the startup has tied up with, the system does the following: it registers the patient with the provider; generates a unique barcode for the sample; tracks the status of the sample; and collects the results directly from medical instruments in the lab.

Using the barcode generated earlier, the test results are then automatically fed into corresponding reports of patients, and verified by doctors via the app itself.

“Our reports are easy to read and have the reference ranges for test results displayed in an effective manner. Also, the biggest difference between normal reports and ours is that we make doctors and pathologists give a conclusion or diagnosis, which is usually not present in normal reports,” said Abhimanyu.

Though the LiveHealth system currently does not give any recommendations based on the diagnosis, the 13-member team is working closely with doctors across the country to be able to provide general health and fitness recommendations along with the diagnosis on their reports.

“We are not a platform for diagnosing or treating diseases; we trust only the doctors to do it. We only help reduce the chances of manual errors, ” added Abhimanyu.

Abhimanyu and Mukund wanted to make sure healthcare providers can integrate LiveHealth on to their systems at low costs and thus kept the pricing structure simple and affordable. The price ranges between Rs 999 and Rs 9,999 per month for each provider depending on the complexity of the offering and the number of centres they own.

The other aspect of their system is that it can also function like a customer relationship management software that lets healthcare providers interact with patients.

Though this startup cannot be compared to the likes of Practo, which has been one of the largest players in both doctor discovery platforms and hospital management software, it has been doing quite well over the last two years.

With a presence in places like Pune, Mumbai, Vadodara, Bengaluru, Kolhapur, UP, Delhi, Nanded, Aurangabad, the platform has delivered more than six million medical records via healthcare providers in the last six months. They have helped more than 50,000 patients with instant delivery of records on their phone.

The company recently raised its first round of angel funding of USD 3,00,000 from healthcare veterans like Dr. Rajaram Samant, CEO of Akumentis Healthcare, and Dr. Pramod Dhembare, founder and MD, Fidelity Diagnostics.

“With the round of funding we have started working on a new product in the B2C space; it will be launched in the coming months. Our other expansion plans are mostly geographic expansions. We want to make sure intelligent reports replace the traditional single dimension ones,” said Abhimanyu.

In India, almost a million diagnostic tests are done everyday, and smart analysis along with optimisation inside these reports will be a welcome change. These kind of intelligent reports can empower first-time patients of various lifestyle diseases like diabetes, hypertension etc. We are currently quite dependent on doctors to help us decode the medical report, and any startup that can help bridge this gap has the potential to go a long way.