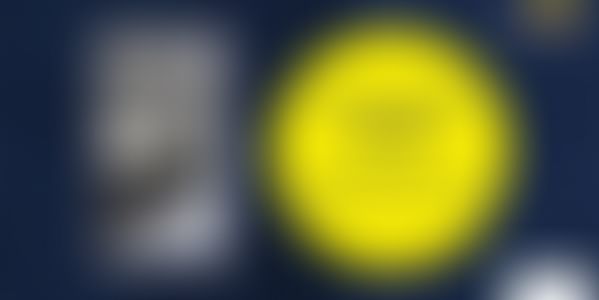 Mobile is truly eating the world. And this growth is coming from developing countries like India. With a population of over 1.3 billion, India currently has more than 900 million mobile subscriptions out of which reports estimate that more than 200 million use data on the mobile. This is huge but the penetration has just started coming in, a major chunk of the next billion people coming on the mobile via the internet will be from India.

There has been a sustainable growth in the adoption of the internet in India, but rural India still has only 10% Internet penetration and there is a huge potential to connect with this population. Majority of the users from rural India are expected to connect to the internet for the first time with the help of smart phones. India has around 125 million English speaking people, and the remaining 88% Indians converse only in local languages. Local languages is a big opportunity in India.

According to the I-Cube All India Internet User Estimate for June 2015, the local language user base reached 127 million in June 2015 growing by 47% YoY at a penetration level of 47% among Internet users in India. Local language users witnessed a high penetration of 57% in rural India with the overall base of 46 million, whereas the urban Indian base crossed 80 Million, growing at a faster rate of 51%.

In 2011, when mobile was still taking baby steps and mobile-focussed strategy had some time to take off, one of the largest Online Travel Agencies(OTA) in India, MakeMyTrip (MMT) went ahead with its decision to focus heavily on mobile. Not only this, the company claims to be the first in the industry to offer products in local languages. Both decisions seems to have paid off well for MakeMyTrip with the numbers and growth surpassing expectations every time since then.

LaaS (Localisation as a Strategy)

In 2014, the fastest growing section for MakeMyTrip was rail, whose growth and adoption is heavily impacted by the availability of platform in regional languages.

Deepanshu Suhag, Product Manager-Mobile at MakeMyTrip, says, “Though less than 200 million Indians can interact in English, India is still perceived as an English-speaking country. But with mobile device penetration, the situation is going to change. Even today, out of 269 million Internet users, 127 million are consuming content in local languages.”

This growth is driven through three ways:

Deepanshu adds, “When on mobile, these first-time users need to be able to read and write the services in the language they are comfortable with. They often start with media platforms like Wikipedia, Google News and then graduate to entertainment, music to finally reach the e-commerce leg.”

MMT couldn’t find the best solution with Google Translate. 'Book flights' was returning 'पुस्तक उड़ान' and there was a clear need for a partner with expertise in this field. It was looking for a subtle mix of translation and transliteration. The company eventually found a great partner in Process Nine, the Gurgaon-based online languages translation startup. Deepanshu says, “Their comprehensive set of language solutions and robust quality assurance processes perfectly met our requirements and our user's expectations."

Vidushi Kapoor, Director, Process Nine says, “Eighty-five per cent of Indians don't speak English, whereas 95 per cent of all Internet content is in English. We at Process Nine are committed to bridging this gap.”

MMT launched flight booking in Hindi last year in October and the rail funnel in Hindi was launched in February this year. Following this, it launched an Android-only mobile app that allows train booking in five Indian languages i.e. Hindi, Gujarati, Malayalam, Telugu and Tamil.

MMT actively calls many of its customers and based on the feedback received, it has found two broad categories: a need-based vernacular language switch and a comfort based switch. There are many people who understand English but would move to vernacular given a choice. Deepanshu shares an example:“We told a user based in Hisar, Haryana that he could book a train ticket in Hindi on his own. He earlier went to travel agents to book tickets. He visited the MMT website, selected Hindi as his language and browsed a bit to get an assurance that no unnecessary charges were being levied. When he went deeper into the booking funnel, he realised that he can trust the site, its ease of usage and transparency.”

The company claims to have many such success stories from its vernacular domain.

Vidushi says, "The data is all in front of us. The cost of owning a smart phone is reducing and data plans are becoming more affordable. The next 100 million Indians coming online will be non-English speakers. E-businesses need to be ready for this burst of new clients."

Deepanshu believes that the shift from offline to online is evident and availability of vernacular content will bridge the gap even faster. MMT is keen to expand its Indian language offerings by including holiday packages, hotels and buses and provide localised reviews down the road.