`Miip stitches your past experiences, relates it to the current context and predicts the future,' Mohit Saxena, CTO, InMobi 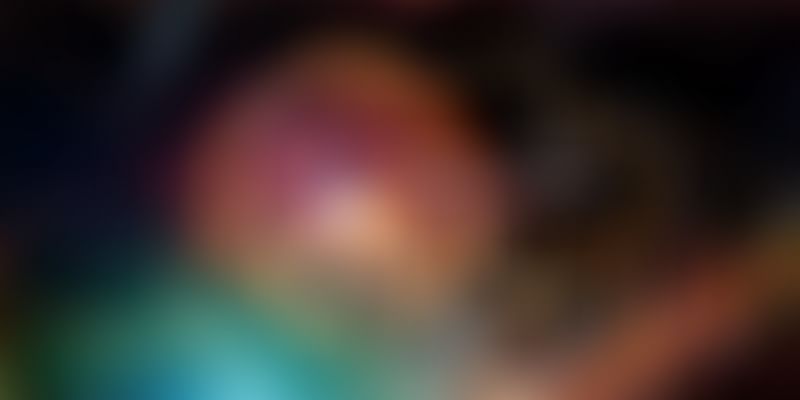 "When we first went to consumers telling what we do, people asked us if we were the ones sending spam messages on their phones," says Mohit Saxena, CTO and Co-founder, InMobi. It took the team time to explain that they were in the mobile web and apps segment. Advertising, however, Mohit adds, was about ROI and understanding what the advertiser was expecting.

With time, Google, Facebook, and other big names started entering the fray making the space more visible. Mohit says that at one point in time there were close to 150 mobile ad networks. This gave InMobi leverage and helped people understand that no matter how much advertising is disliked, it helps keep the content on web free. "But it needs to be meaningful for everyone. We soon realised that user experience was an important entity," adds Mohit.

Also read: How founders of InMobi, Practo and Urban Ladder hold on to their startup culture

This also was the time when some of the best and clean-designed UIs and apps were launched. "Relevance began to matter stronger than ever. We knew that we couldn't show football ads to a cricket fan," says Mohit. The ad, therefore, not only started looking like the content but needed to be a part of it with relevant information.

But what is in it for the user? Mohit says this question got them thinking if they could redefine mobile ads. He says that Nandan Nilekani said to them if you can redefine the market and not change the paradigm you would have won the battle. This got them thinking of building Miip.

"With Miip we want to remove the separation or difference between advertising and a meaningful discovery," says Mohit. There are millions of products in this world, and the job of advertising is to introduce you to products you might not be aware of. What InMobi intends with Miip is to build this discovery around the consumer and make the ads meaningful by showing individuals what they exactly want to see.

Mohit adds that every time an interaction happens with a consumer it's a learning experience. He says if one can stitch that experience and merge it with discovery, the platform becomes more intuitive and engaging. This will transform advertising from a mere annoyance to a trusted entity that can be a referral and point of conversation.

User behaviour today has drastically changed. The expectations are different and tolerance to irrelevant things is reducing. Mobile has brought in a different level of efficiency and Mohit believes that ads need to play catch.

"Can I have an ad of Uber’s when I need a cab? Advertising needs to evolve and become more intuitive," he says, adding that in a day one goes through several moments of discovery that need to be taken as a part of the mobile advertising narrative.

Finding what the user likes

Miip, Mohit adds, isn't just about advertising. He says it's about finding what you like and showing it you in the right context. He cites an example: if one were to take all the e-commerce sites, there are million SKUs and it's practically impossible for a user to discover what he or she wants. “Imagine if someone were to pick out and show the 20 items that truly matter to you. This gives a different perspective to advertising as we know it today," says Mohit.

On the business side, Mohit says that most e-commerce players have a massive user base, but only close to 10 percent are active at any given point in time. With Miip, Mohit says, they can reach all the consumers on the storefront database and give each one of them relevant content.

Mohit explains Miip essentially stitches your past, relates it to the current context and predicts the future.

What are the steps involved?

Over the past one year, the InMobi team has built a platform on user emotional graph. This is done as one user interacts with multiple choices and different apps, and each of these interactions and the emotions are then read.

"Whether you're liking it or not, the amount of engagement you have with the app, level of interest, there are sciences involved that takes these signals and completes the picture for us," adds Mohit. These are done irrespective of geography, time or number of interactions. Every vector that can be taken in is collected.

A live dashboard is present that takes in ads from different parts of the globe flowing in on a real-time basis. Every minute, more than a million signals on user activity are collected and get synced in one place, crunched against the kind of influence that needs to be built and sent back to the locations.

"Every interaction you do tells us something about you. Even the device you pick tells us about the kind of person you are," explains Mohit. Thus, every bit of information based on location, second-party and the apps one uses is collated to create a discovery platform. Users get a map, plan and history, making creative conversations with them simpler and seamless.

Google solved the problem of discovery using an intent graph, then when Facebook came into the picture it was the era of social graph, but now InMobi believes that merging this huge opportunity on one side and attaching it to the user's emotional state is the new era of discovery.

The era of deep learning

It clearly is the age of AI and deep learning. Biggies like Google, Facebook and IBM are entering the fray with a vengeance. The last few years have seen an increased traction in the deep learning and AI space, following several merger and acquisition activities. Twitter was seen acquiring Madbits, a visual intelligence technology startup in June 2014. In 2013, Yahoo acquired LookFlow, machine learning provider, following it up with the acquisition of IQ Engines, another image recognition startup.