Rabble rousing of a different kind 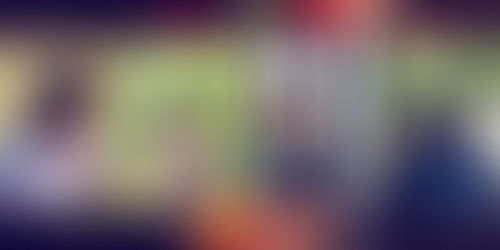 It was a hot sultry August evening in SRM college in Chennai. Amod, head of Business Development and co-founder, Rabbler had landed at the SRM campus in Chennai to ensure everything went smoothly. After all, this was the first real test for Rabbler, a Social-Polling app on which one can create any kind of media-rich poll for the global audience.

The senior students at SRM had decided to host several polling competitions on Rabbler including the hotly contested Mr and Miss Fresher. The Rabbler tech-team was prepared to handle several thousand concurrent connections. To put this in perspective, Vivek, CTO and co-founder, Rabbler was used to handling no more than a thousand concurrent connections while leading the tech team at Yatra.com, the second biggest airline ticketing portal in India. Rabbler was still in its infancy.

Rewind to June 2014, when Rabbler was still in ideation stage. Vivek had made it clear, “Using excel sheets and shoddy technology would allow us to push the product out early, but the technical debt would sink Rabbler as quickly.” This wasn't the US or Singapore where blazing fast internet speeds would overshadow patchy technology. This was India where even the best would get tested. To Vivek, the solution was simple. If they were to build India's first ever original and globally successful social media platform the tech stack had to be as robust as Whatsapp’s since it worked where almost nothing else would. After all, Rabbler is not your everyday gimmicky binary polling app — you can create MCQ, Ranking, Rating and Free Answer Numerical polls, with photos and videos. There is microblogging to build the narrative for the poll. Every poll has its own comments. Finally, there is a full-feature chat service. The large abstract idea being that polling is device to focus an opinionated discussion and so you need all the channels for the discussion to happen within the platform to make it really social.

Vivek says, “We use XMPP to benefit from ejabberd’s extensive out-of-the-box functionality, but over time, we have ended up with a heavily customised version of the same. We use Riak as a backend database, Nodejs and Riak for internal micro services and finally MongoDB for MIS and reporting. We chose Riak and MongoDB, both NoSQL databases, because they scale better.”

By the 5th day of the contest Rabbler had gone viral on the SRM campus. Rabbler was clocking 1500 downloads per day on a single campus and 3000 simultaneous connections. All together Rabbler clocked 6K downloads, 15K votes and 160K page views in a matter of 7 days which was more engagement than the event’s Facebook page had seen the whole of last year. It briefly catapulted Rabbler within the top 100 most downloaded social networking apps in India. All it took was one small event on one college campus. The Rabbler team knew that they were onto something big.

According to Amol, co-founder and major investor in Rabbler, “Right now Rabbler is being used for ephimeral audience polls. By that, we mean polling in live events where the importance of the poll is across a few days. So we notice a spike in downloads and activity whenever theres an event and then it tapers off. So far we have hosted 3 college festivals and hosting six more over next two months. The other thing we have noticed is the user engagement is almost 100%. Everyone who downloads and uses Rabbler actually votes on polls. So we have managed to get around the “Passive User” problem which vexes most social networks where only 1% create content, 10% comment on them and the rest do not do anything. We have started receiving a lot of inbound interest from campuses who want to use Rabbler for audience polls. The next step is conferences and then the big ones, i.e. second screen engagement for game shows and any live TV event.”

According to Divya co-founder and Marketing Head, “The SRM event was an eye opener. The feedback that we received on the product itself was invaluable. It gave the team a new way to think about what they were trying to create: the world’s first proper “Second Screen” app. So far, during a live TV game show, a sports show or a live political debate there is no way for a viewer to share their own opinions in a simple, intuitive and most importantly, for impact, transparently countable manner on any app. Sure, Twitter mines #hashtags during live events but then we know how Twitter uptake has been hobbled by its ridiculously geeky argot. On the other hand, commenting on Facebook during a live event is a non-starter since that is a long distraction from the action. SRM’s organising committee was quite candid in sharing with the Rabbler team that the advance teaser polls had dramatically increased the interest among the non-participating students and which reflected in the high turnout at the auditorium during the live show.Since SRM, the team has almost been on autopilot in terms of product roadmap. As the legendary Marc Andreessen would have quipped, the market is pulling the product out of our startup.”

Amod says, “The main challenge was putting together a capable team to realise the blueprint that the founders designed. The only thing that worked for us, as also advised by a friend in the venture capital industry, was tapping into our own personal network for recruiting.

We hire people who want to work for us. The first thing we look for is intent, and belief in the product we are building. Then we look for aptitude for the role that we are looking to fill. So if we want to hire a fresh graduate or intern for a business development role, we look for extra-curricular activities that the candidate has done and results that he has delivered that tells us about his marketing skills. If it is a programming role, we assess the candidate’s problem solving aptitude. Even though 3 of the co-founders are from IIT/IIMs, we practically ignore the college brand and grades since we have not found them to be robust predictors of aptitude. Our office’s home theatre lounge with sexy Kef speakers for music aficionados has been a major allure!”

The one thing that sets Rabbler apart from it’s competitors is, in their words, vision and technology. “People like to talk and you have to allow that. Our polling system is built on a messaging layer and we cater to every possible scenario and use case. You can think of a two by two matrix, on one axis you have Public and Private, and on another you have the two social activities ( Polling and Messaging). Most of our competition is present in just one quadrant. We are present in all four which makes our offering complete.”

Rabbler has raised 650K USD so far over two rounds of seed funding. The biggest investor is Amol himself, and a few of his acquaintances.

According to Amod, “We haven’t even finished 1% of what we want to achieve. What we are building is the backbone which can then be used for lots of other things apart from live event polling, conferences, political canvassing and opinion seeking. E.g. any manner of rating or comparison between different products. Imagine if you wanted to buy a washing machine. You type washing machine on your app and it returns a list of devices in order of preference voted by thousands of people. If you tap on any device it expands to show you composite ratings on various features like price, durability etc. And then you just add a buy link in front of all the gadgets. Other examples are Lottery, Betting system etc. The list of things we can do once the backbone is ready is endless.”