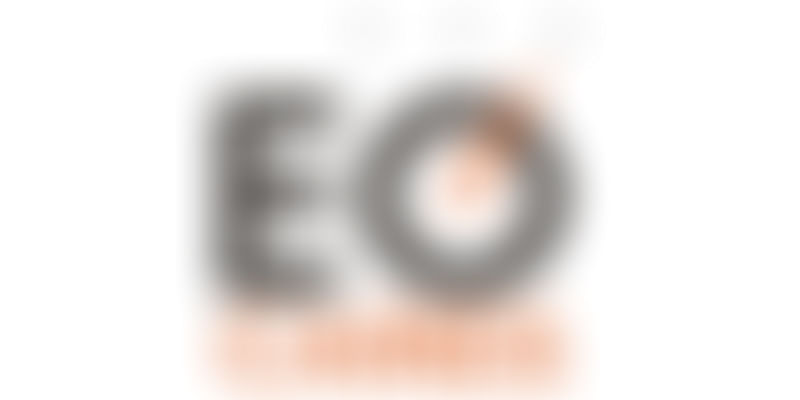 Ravi Machani is a third generation business owner with experience in real estate, auto components manufacturing and mechanical engineering. He was with Caterpillar, Delphi Corporation and Stumpp, Schuele & Somappa. He graduated from Bangalore University and Bradley University. Machani is also National Coordinator of the Young Business Leader’s Forum. His current ventures include software firm Sysfore Technologies and a social enterprise in rural India called IndiVillage; he also manages heritage venue The Tamarind Tree.

As Founder of mentorship programme EO Cares, Machani joins us in this exclusive interview on the importance of mentorship for scale-stage entrepreneurs (along with inputs from Vikram Bihani, President, EO Bangalore Chapter). See also my book review of ‘Manager’s Guide to Mentoring’ by Curtis Crawford, and the article ‘Understanding the science and art of engaging advisors and mentors.’

YS: What was the founding vision of your mentorship programme?

EO: Entrepreneurs spend hundreds of hours raising funds from angel and venture capital investors, which is a very important activity related to setting up and scaling a startup. However, recent analysis of startup data suggests that founders should also spend significant time on recruiting the right mentors (see the chart by Endeavor Insights Analysis).

It is the gap in this space that EO Bangalore aims to fill, ensuring that as successful business owners we give back to the startup ecosystem, nurture it, and help it grow as an exemplar for the rest of India. We plan to do this by identifying and mentoring the top 10 freshest and fastest Bengaluru-based startups that have shown immense potential in the last six-eight months.

The ‘Mentorship Series’ is the core focus of the EO Cares program. We match startups and mentors based on reciprocal interest. The cohort selected will receive counsel from the mentors as well as be given the opportunity to compete through pitch sessions to VCs for awards. The distinguished mentor panel will guide the founders in evaluating their startups on a Balanced Business Scorecard -- customers, achievements, recognition, education, and social (CARES). We believe the sustained mentoring by our network to be the differentiator that will help startups gain the connections and knowhow to reach the next level.

EO Bangalore is a chapter of Entrepreneurs Organisation (EO), a peer-to-peer network of high net worth entrepreneurs around the world. EO Cares is supported by EO Bangalore as well as through sponsor partnerships.

YS: What is your Bengaluru rollout plan?

EO: The deadline to apply to EO Cares is 15 October, 2015. The selected cohort will then participate in one-on-one and group mentoring sessions as well as other exclusive events through November and December. The program culminates in an awards event in January 2016 where the cohort will compete for top prizes in tech and non-tech categories.

The EO Cares mentorship program will also give these select startups and their founders the chance to become part of our growing EO network while giving the EO members an opportunity to help them scale their businesses.

YS: What would you say are the top three opportunities for Indian startups?

EO: Indian startups are germinating in an exciting era with a booming e-commerce sector, and a growing surge of first time Internet users on mobile with a titanic addition of 55% smartphone users. This number is set to grow to over half a billion by the end of 2020. There is also growing government support to startups through budget allocations.

YS: What are the key challenges faced by startups in India, and how can you help bridge the gap?

EO: Mentorship is a key challenge. The right mentors are like a GPS: they offer an overview and path from now to the destination.

Let’s consider one of the most encouraging startup ecosystems: Silicon Valley. What makes the Bay Area special is the high concentration of tech entrepreneurs who have already made it, and their eagerness to support upcoming startups.

Bengaluru is on its way there but needs a more catalyzing environment. The key challenges for startups are the lack of execution know-how and the right mentors. By leveraging the expertise of EO Bangalore chapter members, EO Cares is committed to help bridge this gap.

YS: Does your mentorship programme include incubator or accelerator funds for the founders?

EO: EO Cares itself is not an accelerator or incubator. EO Cares is a unique opportunity to connect people who want to ‘Do’ with people who have already ‘Done.’ Some of the EO members have built billion dollar businesses with exemplary execution experience. The focus is on grit and resources. Our main role is in facilitating the right mentorship relations as we believe that this is a powerful pivot for startups.

Given our panel of mentors and supporters, we expect funding to be a byproduct of our program. B.V. Jagadeesh of Kaaj Ventures and Abishek Laxminarayan of Catamaran Ventures are some mentors we have on board. There are also industry veterans such as Chetan Maini, Founder of Mahindra Reva, and Srinivas Katta, IndusLaw, who was the dealmaker in the largest investment in the Indian online retailer segment.

B.V. Jagadeesh focuses on mobile enterprise related applications, and Arun Chittilappilly (Managing Director, Wonderla Holidays) is interested in travel startups. Chetan Maini says: “When you have an idea that you absolutely believe in, it is critical that you surround yourself with people who share that dream.”

IndusLaw acted for Snapdeal in the Japanese telecom major SoftBank Corp’s investment in the company. SoftBank invested $627 million in Snapdeal, becoming the largest investor in the Indian online retailer segment.

YS: What are the selection criteria for startups in your mentorship programme?

EO: Criteria to be eligible to apply for EO Cares are to be a founder or co-founder of a Bengaluru-based enterprise with INR 50 lakhs in revenue in any of the last three years, or INR 50 lakhs of investment.

YS: What support and services do startups receive in your mentorship programme?

EO: The cohort of selected startups will receive one-on-one mentorship as well as group challenge sessions with our panel of mentors, some of whom have built billion dollar companies. We are partnering with some of the best providers of startup services in critical areas such as law, finance, and digital marketing that can make or break new companies.

Startups will also receive counsel around raising funds and negotiating terms from venture capitalists and others who have gone through the process themselves. At the awards event, startups will pitch and compete for services in kind as well as the prestige of winning the EO Cares industry awards.

YS: How would you differentiate other programmes in the field?

EO: EO Cares is a program focused on close interaction with mentors. It is not an exercise of learning from limited vision employed by large corporates. It is a sure opportunity for counsel, and connects with people who have actually done what it takes to run multi-million, even billion dollar companies.

YS: What would you define as success for your mentorship programme?

EO: Success of the program is defined by impact on the entrepreneur and the quality of mentor relationships created. The success of the ecosystem that we have committed to mentoring is also our success. We want to see these startups maximise each area on their balanced business scorecard.

YS: Who were the original founders of EO? How many chapters are there in India?

EO: EO was founded to help leading business owners on their path to greater professional success and personal fulfillment. EO is a global community that enriches members’ lives through dynamic peer-to-peer learning, once-in-a-lifetime experiences and connections to experts. It was founded in the 1987 by Verne Harnish and 22 former members of the Association of Collegiate Entrepreneurs.

In India, there are 14 EO chapters spread across New Delhi, Tamil Nadu, Karnataka, Maharashtra, Punjab, Uttar Pradesh, West Bengal, Rajasthan, and Andhra Pradesh. The Bangalore Chapter was founded by 10 members in July 2001, some of them being Rahul Matthan, Manoj Menda, and Rahul Chawla. There are 90 members in EO Bangalore with gross sales of member organisations totaling over US $14 billion. There are 903 EO members in India.

EO Bangalore launched the ‘Discover Awards’ to build a community of supporters for the next generation of entrepreneurs in June 2015, followed in August 2015 by the EO Cares Mentorship Program to strengthen the network’s efforts and build actionable impact for the Bengaluru startup ecosystem.

These industry magnates believe it is their turn to use their success to give back to society by helping the next generation of business leaders.

YS: How does EO differ from other networks such as The Indus Entrepreneurs (TiE)?

YS: What programmes have been launched by EO in other parts of the world?

EO: There are various programmes run by EO worldwide.

EO Accelerator is a catalyst that enables first-stage entrepreneurs to catapult their businesses to the next level. The program provides with all the tools needed to grow businesses to more than US$ 1 million in sales as well as equip entrepreneurs with the right skills to become a leader.

EO Global Student Entrepreneur Awards (GSEA) was founded in 1998. It is a global competition for student entrepreneurs who actively run a business. Close to 2,000 nominations have been received and more than $250,000 in prizes have been awarded to students. The program is present in more than 12 countries.

YS: What are your plans for the coming three to five years with respect to new startups?

EO: Our vision is to bring together mentors and startups that will form a long-term, sustainable advisor relationship and set a model for other ecosystems across India. We want to show the world, the tangible results and the power of good and curated mentor-startup relationships.

YS: What are your recommendations for Indian policymakers to boost entrepreneurship?

EO: Policymakers are an important stakeholder within the startup ecosystem. They need to create a stable, supportive and well-rounded regulatory environment for startups as well as investors, which in turn would help in building thriving ecosystems. It is not just about making business easier, it is about making the idea of ‘entrepreneurship’ mainstream and giving India’s youth the education and skills needed to become successful entrepreneurs.

We love the example of the Estonian government which backed a project to teach coding starting at age seven. This is the kind of initiative that India needs!

YS: What are your recommendations to the startups and entrepreneurs in our audience?

EO: Choose a mentor who has experienced success -- work and hustle matter! Learn from people who have already done it -- stand on the shoulders of giants and learn from their mistakes.

Hire your first 20 people from your network. You should know them or they should come by referral. Bring in revenue early, don’t rely on investors’ money at the initial stages.

We highly recommend reading Part III of Kautilya’s Arthashastra on The King. The discipline of a raja-rishi is warranted for leadership.