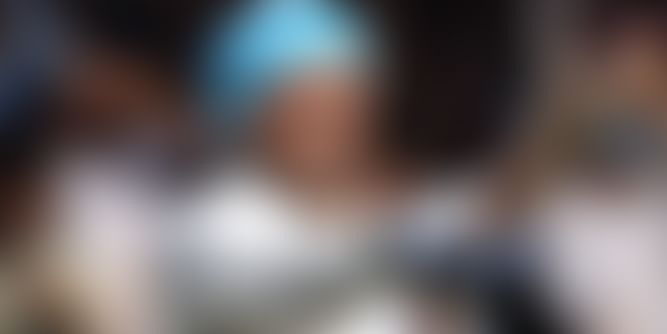 Starting a business is very challenging, but very rewarding at the same time. In any startups journey, the initial days are very critical in shaping its future. It starts from validating your idea to getting an MVP ready, to taking feedback, re-iterating multiple times, and then taking the product to customers and finally selling it. All this should be done in a much accelerated manner because you never know who else is already working on a similar (or same) idea and would quickly capture the market. The sooner you do it the better. It’s always better to follow the “Fail Fast” approach.

“Mujhme dar nahi tha out hone ka [I was not afraid of getting out].” These words of Sehwag show the kind of self belief and positive attitude he possess. He recently announced his retirement from international cricket.

Virender Sehwag, we all know, is counted amongst the best batting openers Indian cricket has ever had. He is the highest run scorer amongst all openers with an average of 59.74 and strike rate 85.77. These numbers are just exceptional. An extra-ordinary batsman, match-winner, most devastating batsmen in the world, and a genius for hitting boundaries, etc are just a few words used to describe Virender Sehwag. It was a sheer delight to watch him bat and hit each ball outside the boundary. His batting actually strikes fear and terror in the mind of most brilliant bowlers in the world.

When Sehwag was on crease, a cricket lover never moved away from the television screen; who knows when he would strike that biggest six ever hit by any batsman. His philosophy was to just go out there and hit the ball as hard as he can, without wasting time. He himself says, “If I see the ball, I will try to hit it.” Either he himself would do it or let somebody else in the team do it. But in his opinion one should never waste time. Just quickly do what you are supposed to do.

He would hit fours and sixes on every other ball and made it appear so simple that the credibility and ability of the opposition team’s players was questioned and doubted. What a genius player Virender Sehwag was! He was a phenomenon by himself.

What can startups learn from Sehwag?

According to Paul Graham, A startup is a company designed to grow fast. Being newly founded does not in itself make a company a startup. The only essential thing is growth. Everything else we associate with startups follows from growth.

Virender Sehwag as batsman resembled Growth for his own startup in the game called ‘Team India’. He was, by default, his startup’s Growth Hacker. He was there for a very clear and focused purpose. Purpose was to score as many runs as possible in the shortest time during the initial overs of the match, and give Indian team a highly accelerated run rate. He would always live up to this expectation by keeping the run rate exponentially high. He would at times even end up losing his wicket while trying to do the task he was supposed to do, and have no regrets about it.

Just like a pilot provides all the necessary thrust from engine during takeoff, Sehwag would do the same by hitting boundaries in the initial overs as the opener.

Every startup faces challenges on a daily basis, but with every challenge there hides an opportunity to grow, an opportunity to take your company to the next level, it’s totally up to the founding team how they perceive those challenges and make the most of it to accelerate their startup’s growth.

Rapid growth requires one to take risks. A risk requires the prerequisite acceptance that it’s OK to fail. Taking startup failure as a norm is one of the biggest positive cultural shift happening in our Indian society. There are so many career opportunities available right within the startup community itself that one need not worry about what will happen if this startup doesn’t work. One should be ready to experiment while being innovative and fail fast. One needs a willingness to try out all strategies to grow and switch amongst multiple approaches dynamically depending on which technique works when. Be flexible to accept failure of your approach if it doesn’t work and not be possessive about your idea. If it doesn’t work, just let it go.

Don’t Hold Yourself Back:

A startup as per its definition is by default a company which grows exponentially fast. An entrepreneur should never hold back and should not leave any stone unturned to become the growth hacker for their startup. Sehwag proved it time and again in various forms of the game. He almost dissolved the difference between a Test match and ODI format by playing his natural game in both formats, i.e. his bat blasted each ball irrespective of whether he was playing a Test match or a one-day match. Don’t hold yourself back from being yourself.

Any sportsman will accept the fact that one of the most important attributes in one’s success is his/her self confidence. The same is reflected when we look at Virender Sehwag. It was his self confidence in his abilities itself that made him stick with his feet firmly on the ground against the top bowlers of the world. Coming from a small town near Delhi, Najafgarh, he went on to become one of the best players of international cricket. This shows the level of self belief and confidence this guy had in his dreams. He was also popularly known as ‘Najafgarh ka Nawab’. Entrepreneurs should always dream big and never give up on their dreams. Try and try till you succeed is the lesson we can learn from Sehwag.

How can one forget Sehwag hitting the fastest triple century during India vs South Africa test match at Chennai in March 2008? This cannot be achieved if one gets flattened by just touching the first hundred run score. Sehwag scored 309 not out in this test match. One needs to be fully focused on his (her) goals all along and not get distracted by short term achievements that come one’s way. Focus and hard work breed success at all levels.