What can the UK startup ecosystem learn from India 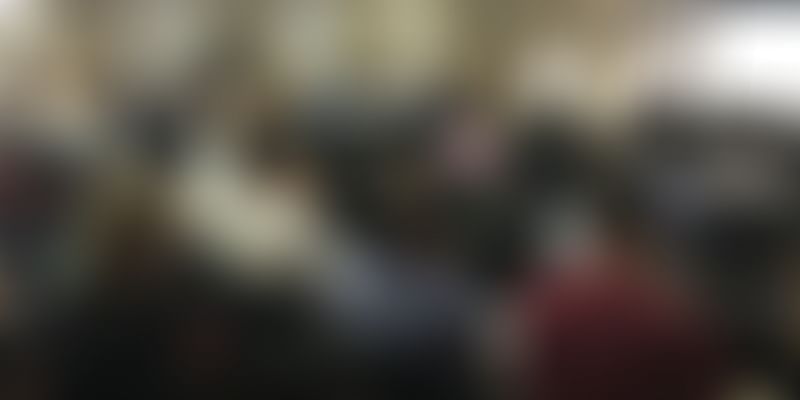 A population of 1.2 billion, and a market that's complex and diverse. Today, India is being eyed as one of the top markets to capture. "Although I've never been to India till recently, we've heard about the Indian market opportunity in Finland," says Vesa, Founder of an Edutech startup based Claned, based out of Finland.

A report by McKinsey Global Institute (MGI) states that if the current pace of India's growth is maintained, the country will be the fifth largest consumer economy by 2025. In the past few years IndoGenius has received close to 17,000 applications from UK-based students, entrepreneurs, and graduates. IndoGenius is a Delhi-based startup that has already brought 925 British and American students and entrepreneurs to India.

Nicholas Booker, CEO of IndoGenius, says that this shows India is becoming an attractive and visible place for education, internship, and starting up. "India has always fascinated the outside world. There are three words used to describe India – colourful, diverse, and vibrant. It's this diversity and vibrancy that fascinates people," says Nick.

He adds that India today is becoming more relevant and important than ever before, because of the great technical talent, Indian businesses are making a mark on global platforms and the economy in itself is growing.

Nicholas adds that we're used to seeing products that say made in China and designed in the US. What it should say, he adds is that designed in the US, engineered in India, and assembled in China."India's contribution is usually the engineering talent, it's the H1B visas," adds Nicholas.

In the last few years this invisible backend talent is becoming more global. Over 50 per cent of startup activity in Silicon Valley is by Indians. Nicholas adds these are Indian born, raised, educated and then migrated. "If you're a young entrepreneur based out of UK and you want to solve global problems, you want access to a rapidly growing and exciting market and right talent, then you just have to come to India," adds Nicholas.

Also read: What happens when investors, accelerators and entrepreneurs from 17 different countries meet

Plethora of individuals in a large ecosystem

And that's what was delivered by IndoGenius as part of the British Council's Generation UK-India initiative. Over 40 UK-based entrepreneurs were brought to India, where they were able to meet people across socio-economic strata and technological talent.

Nafisa Bakker – who spent some time with Myntra for her startup Amaliah, a modest-fashion discovery portal – adds that there is so much going on and happening in India. "The market is so diverse that I get to learn and add something new to my product every time," she adds.

Vertically, Nicholas adds that these entrepreneurs met people in rural India and met middle class Indians in the colleges of Mumbai and Bengaluru, software engineers and also met top entrepreneurs and business owners. Meeting the likes of Ashwin Raguram, Mohandas Pai, incubators, startups, investors have given these entrepreneurs exposure to Indian ecosystem and talent.

"The western world has a different idea of what India is, and I want to showcase the best of India – its heritage digitally," says Tiomoid Foley, a Research Assistant for a Multimillion pound European research grant called FRAGSUS – ERC – Archaeological Project on Malta and Gozo, headed by Caroline Malone. Tiomoid is currently in the process of building a website to ensure that everyone gets an experience of the Indian heritage and sites via a 3D model.

Henry Latham, Founder of BackTracker, has already started operations in Bengaluru. He says that India is one market that is so diverse that it gives him insight into what can be done in different parts of the globe. He adds that the technical talent here is unbeatable.

A market open to ideas and help

George Taktak, Founder of Vybz app that aims to bring the connection of touch and feelings through phone vibrations, says that the Indian market is very open to different ideas and concepts. "Everyone in India is more in tune with their feelings, whenever I have pitched the idea of vibes, I have received enthusiastic feedback and positivity," adds George. One of the founders of a fashion startup The Button, Marianne Hughes, was able to get the product prototype built in Mumbai, get technical talent to build the coding and even get business development help.

The 2015 Digital India Programme was delivered by IndoGenius as part of the British Council's Generation UK-India initiative. IndoGenius is a Delhi based startup that has already brought 925 British and American students and entrepreneurs to India. Visit www.indogenius.com for opportunities to connect with future programmes, find foreign co-founders and international interns.