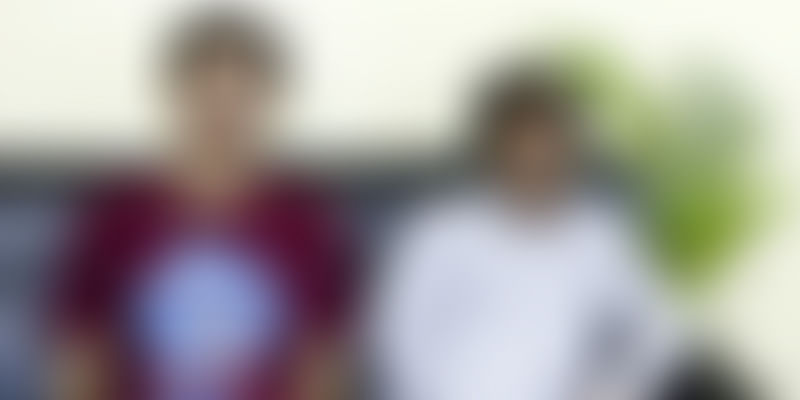 Mobile apps have helped make discovering, interacting and going out on dates more easy. But currently, the success rates for most apps are quite low and sometimes even users who have matches do not end up meeting face to face. This is likely because they don’t finalise on a meeting point quickly enough or aren’t aware of the best meeting places in that area. Cogxio aims to tackle these pain points and make the process more intuitive and seamless.

Cogxio is a free-for-all dating, matchmaking, and hangout platform. The app aims to help users meet in real time single and like-minded people around them. It does not use ‘swipe’ approach but instead focusses 'hyper locally' and lets users communicate instantly with people around them and recommends places to meet through Zomato.

Layak Singh, one of the founders, says, “Cogxio runs on an intelligent location-based meeting and planning recommendation engine that focusses on data-driven decisions. It is a platform created to provide localised, real experience in real life.”

Cogxio was founded by IIT Kharagpur alumni Layak and Kinshuk Bairagi. They had earlier co-founded estudyCorner.com, LivingStylish.com (a fashion and lifestyle e-magazine) and dateIITians.com (an Indian dating portal) while still in college. After graduating in 2011 with a degree in mechanical engineering, Layak decided not to take up a corporate job. He worked at a few startups before finally starting up a few ventures himself.

Layak was a 2014 Fellow at the Startup Leadership Programme in Bengaluru. His current passion is to solve the problem of human relationships through technology, sharing knowledge and real life interactions.

Kinshuk is the CTO at Cogxio and was earlier a software engineer at Flipkart. In the past he had built multiple websites and custom applications, including web-based data gathering systems and full-blown mobile business systems. He has also helped non-profit organisations in building searchable database systems to share grant information with the public.

Talking about Kinshuk’s abilities, Layak says, “He is also multi-lingual: he speaks English, Hindi, Bengali as well as HTML, DHTML, JavaScript and ASP, PHP and SQL! He keeps a critical eye on cross-browser compatibility issues and ensures quality throughout our organisation's development processes.”

Cogxio was earlier incubated at 10000startups in Bengaluru and is now currently bootstrapped and looking to raise funding to further accelerate its growth. It is currently focussing on a B2B models to generate revenues and the goal is to keep it free for the end user. The founders aim to close the loop after people decide to meet by recommending restaurants to them and monetising through the transactions or tie-ups with restaurants.

Talking about their journey so far, Layak says, “We had earlier validated the need for a platform like Cogxio, while launching dateIITians. That experience helped us in understanding user experience and human behaviour.”

The duo found that the main issues keeping users away from dating apps were mainly concerns about user experience, safety and reliability. Layak adds, “Though many players in the market claimed to provide all these features, they were not living up to their promise. So Cogxio currently includes a four-step verification process during the sign up.”

Cogxio views privacy and safety as top priorities. The company also has in-app features to report spam or block people who misuse the platform. A challenge to overcome has been the Indian mindset against dating which has proved to be the company's biggest barrier for entry. But things are changing slowly, Layak adds. Cogxio currently offers free access to relationship counselling, image makeover and profile consulting experts through their app and this is a possible monetization channel in the long run.

Users get access to the complete platform once they verify their account through their phone number and provide an identity proof. Then they have the option to interact with potential interests around them (10-mile radius) through the map-based user interface They can also use the ‘Discover’ section to see potential matches directly. Through the ‘tag search’ feature, users can also short list more relevant matches for themselves.

While browsing through profiles, users are provided with information about the common areas of interest between them and have the option to express themselves through the in-app chat. Users have two options currently. They can either ‘crush’ or ‘introduce in 140 characters’ privately to their potential interest.

After the other person accepts the crush request or the introduction, users are given the option to plan a meeting over lunch, dinner at a restaurant, cafe or bar through the in-app Zomato integration. Layak adds, “This integration helps you plan your date in a seamless manner and also helps with local food discovery.”

While Cogxio’s main focus is on dating, the app can also be used to facilitate interactions between friends to figure out the placing to hang out around them. Layak says, “Cogxio is an open-for-all community. It not only lets you meet people of the opposite gender but also lets you connect with same gender to be friends or plan in group if you are new to place or in your locality.”

While India has traditionally been a big market for marriages, the dating culture has picked up in metro cities and may soon become more mainstream in smaller towns too. On the global front, Tinder is the most mature player in this sector with parent company recently closing their IPO. It competes with Hinge, which raised $12 million Series A funding round from Shasta Ventures in December 2014.

In India, Thrill had closed a seed round of funding from investors in India, Singapore, and the US in 2014. Aisle.co had raised $100,000 in seed funding from a group of angel investors from Bay Area and India in February 2015. ICrushiFlush raised an undisclosed amount from IDG Ventures in July 2015.

Cogxio is currently available for Android users, with an iOS version in the pipeline. Looking at the current scenario, Layak sees the Indian and global markets evolving. There has been a dip in traditional marriages in the current generation as more people look to focus on their careers and keep their personal lives as a secondary focus. Talking about their future plans, he adds, “We are focussing on better understanding consumer behaviour and want to connect with IoT devices so that human interaction, lifestyle and behaviour can be monitored. This will help us provide future recommendations and relevant advice to users.”

Cogxio is a well-designed and executed app that aims to provide an end-to-end solution. The Zomato integration is a useful feature as it makes finalising face-to-face meetings at restaurants more seamless, without having to switch between multiple apps to decide. The app is also functional on Bluetooth, so if mobile internet or WiFi is not available, users can still interact with their matches.

While Cogxio has its USPs that make it stand out from other apps, it will be interesting to see how it drives more interactions and users to its app. Currently, Cogxio has clocked over 10,000 downloads, so the likelihood of matches compared to other more established dating apps is relatively low. With an experienced team that has both the technical and marketing abilities, it will be interesting to see how Cogxio grows and expands its user base and how it integrates IoT devices to improve its matching algorithms.