Whether it is finding a Diwali get-together in London or a French restaurant in Mumbai, EthniCiti helps locate ethnic businesses in a foreign land.

As an Indian student or a working individual abroad, if there is one thing that you would hunt and find is a place selling Indian stuff and experiences – food, movie shows and cultural events - that one took so for granted back at home. This rule works for an individual of any nationality as everyone wants to feel at home.

It is this need that EthniCiti aims to fulfil; it is a location-based ethnic social network and marketplace that connects you to your community locally, wherever you are. It provides location-dependent information on mobile handsets, filtered by ethnic of interest and organised in different categories. EthniCiti is globally applicable to every one who wishes to feel at home.

Founded by Shaji Thomas and Somakanthan Somalingam, EthniCiti was born out of the duo's combined experience of living as expats and working in US and Europe.

Shaji had worked for Nokia for over 15 years in US and Germany. He led major global partnerships with companies like Facebook, Google, BBC, P&G, Adidas and WhatsApp for Nokia. Currently, he is in the leadership role of multiple companies based out of Germany and India as co-founder. He holds MBA from University of Dallas.

Somakanthan was a former Research Associate at the Institute of Applied Physics at Technical University of Darmstadt, Germany. At Nokia R&D, he had been responsible for Display and Touch development. He also is the author and co-author of numerous scientific publications as well as holder of granted and pending patents. He holds an MSc and PhD in Physics and Applied Optics from Technical University of Darmstadt.

After interacting with various multi-nationals from all over the world, the duo found accessibility to ethnic-related information at vicinity to be broken. This problem seemed to be common for all ethnic groups, even to digital natives as far as they move to other places and regions.

They found that online real-time accessibility of content by ethnic interest to be limited. Currently, numerous ethnic businesses are underrepresented on the Internet and the available information is highly fragmented. EthniCiti brings all the fragmented and digitally underserved ethnic businesses and consumers under one hood in a global mobile market place.

The user simply has to select an ethnic of interest and set the location either via GPS or by manually selecting the location (a smart location picker using the map is under development) and choose the category: events, shops, restaurants etc., to receive information in real-time.

The user can easily swap between ethnics, categories and locations. The push notification feature makes sure you don’t miss any relevant events you might be interested in. You can easily share each of the listed items with your friends and family using WhatsApp and other inbuilt social elements. The core design and development team is based out of Thiruvananthapuram in India and Germany.

"The main challenges we are facing is finding detailed information about ethnic businesses like grocery stores for all relevant geographic regions and ethnic groups we are serving, since most of them are offline. We are using multiple channels and various local resources to acquire the relevant information," says Shaji.

To overcome this limitation the 'add your businesses and events' option has been incorporated into the app to make it easy for business people to come into the fold.

The company is also acquiring a three-dimensional matrix of data. The axes of the matrix are like global locations, ethnics and categories (events, shops, etc.). Since this would require lots of resources, the company is currently focussing on North America, EU, SEA and Australia and serves mostly Asians like Indians mainly for the categories events, shops and restaurants. "In India, we are covering some European ethnic groups like English, French, German and Italian," adds Shaji.

Initially, they launched the solution on iOS and Android platforms. However, from September 2015, the company was renamed EthniCiti with revamped UI/UX as well new functions like push notification, integrated map into UI, as well as social elements. They plan to bring new ethnic socialising features in the next build to be launched in a month.

Since the re-launch, EthniCiti has seen over 1,500 downloads in both the Android and iOS systems, and including 500 installations of the previous version. Currently, the team covers more than 12,000 businesses of mostly South Asian ethnics at locations in North America, Europe, SEA and Australia and counting. "Our key advantage over competition is our capability to local networking through various organisations spread out in the major ethnic hubs around the world," says Shaji.

Currently bootstrapped, the team is in talks VCs from Europe and Asia to raise growth funds. The revenue model the team has in place is in-app native advertising. In future, they are considering paid, location and ethnic-based promotions as well as local deals.

They are implementing social elements into EthniCiti that would enable users to be connected with their own community around their current locations. 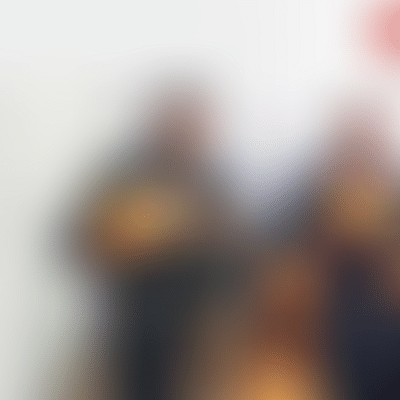