What is an ex-Googler doing with the founder of Indian Ocean? Making music, of course 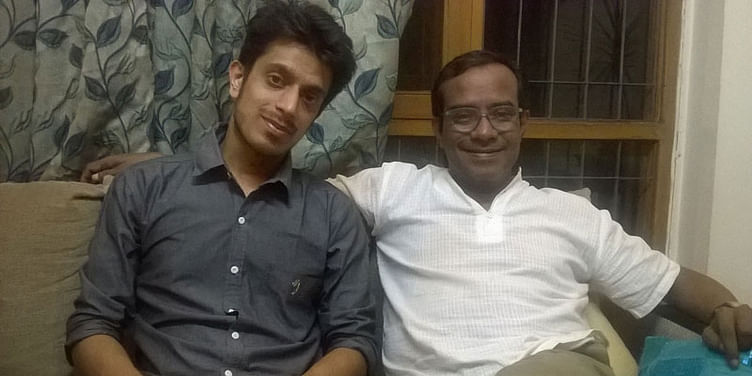 When he finally told me that he is leaving Google I was jumping with joy.

It was about time I said.

He shot back – “Not an easy decision. I’ve never felt more scared. It feels so uncertain right now. So uncomfortable. I feel like crying.”

You should have done it before. Months ago. But I guess everything happens for a reason and no person does things and have things come to him before he is mentally ready and strong for them. Leaving Google is one of the best decisions you’ve ever made, I told him.

Because you have a dream.

A wonderful dream. A dream worth following.

A problem worth solving.

You are on the way of disrupting how band marketing and music marketing is being understood in India. You are going to take arms with Bollywood. Hell, what can be more exciting than this. You will have the strength and the voice of thousands of forsaken musician longing to gasp for fresh air under the rotten flash of Bollywood.

No big thing about leaving Google India, trust me. There is no such thing as a dream job. You either have a dream or a job. You lose nothing. You will gain plenty. An amazing journey is waiting for you. The journey of the Founder.

And yes, what matters the most – you have the hand of Susmit Sen on you. The legend.

I want to tell you a story about a person.

His name is Akshay Ahuja. A very dear friend of mine.

His side project could no longer be contained on the margins. It grew. It became a living being. It demanded attention. Nay, it demanded Akshay’s hand for marriage.

He named it The Big Band Theory.

A mega ambitious project with a logo that looks slightly lame (you might want to help him with that). A platform for unknown musicians to showcase their art. A blend of music based not on music instruments but on music dialects (India’s got plenty of them gradually sinking into oblivion while you and I are doing nothing to stop that).

What can you do with a one-person army and bunch of kiddos with plenty of enthusiasm and hormones too, frequently playing guitars for the sake of impressing girls?

Not much. Until the day when a legend finds out about it!

An artist who does not believe in music formula templates and patterns.

A musician who advices us to unlearn what we learned for the joy of re-learning.

A musician who has never in his career played a cover with his monumental music legacy and unique outlook of how the creative mind works (his ‘Ocean to Ocean – A Memoir’ should become a management reading for universities) and Akshay, just a guy who happen to be terribly uncomfortable about a problem musicians face, joined hands to deliver something extraordinary.

They called it The Iceberg Project!

A musician’s journey told through a series of episodes about how a music composition is being born and how most of us mortals get to experience only a fragment of the song, the tip of the ice berg.

Akshay’s immense passion and ideas helped in creating the concept and marketing.

Susmit’s ability to bend the logic of sound did the rest.

The composition is going to be released on November 8 evening. It is a clear message to all of us that Susmit is back. In fact, he was barely gone.

I had a chat with both of them. Susmit told me that this is going to be one of the most glorious piece of music India has ever heard.

He has said this thing only twice in his lifetime. The first time was when he established Indian Ocean and the rest became history.

Check out The Big Band Theory and tune yourself for the release of the Iceberg Project.

Meanwhile, let’s see what can rookies like you and I can learn from the feat of Akshay?

The Iceberg Project is on the way. I already feel the same anticipation I had when I was supposed to kiss a girl for a first time (she backed at the last moment). If you meet Akshay, Mansimran, Vipul, and the others, say hi to them. Trust me, they deserve it.