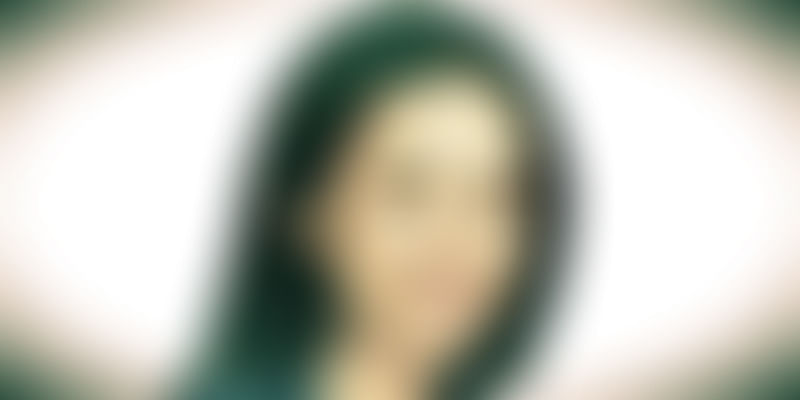 Chefs are everywhere, from prime time TV shows to endorsements, from book launches to blogs. It is very difficult not to acknowledge the newly minted celebrity chefs. There is a new branch to the traditional artist management – that of managing chefs.

The affable Kavneet Sahni of Culinary Communications is the forerunner in making it happen for the zealous chefs. She makes their ideas bloom and makes sure that their style of cooking doesn’t go unnoticed. She also gives general public a pathway that makes these celeb chefs more accessible to them.In fact, Kavneet was the first in the country to take an Indian chef, Michelin starred Vikas Khanna, to feature on Master Chef Australia season 6 as a guest judge. Sensing an opportunity, on a lark, Kavneet sent an email to the show producers to take Chef Vikas on panel as a guest judge for the much-loved show along with Chef George Calombaris, Gary Mehigan, and Matt Preston, icons in their own right. The time was ripe and food was being talked about like never before, from ingredients to plating.

“While the tribe of fans of the Nigella Lawson show was growing, it was Masterchef Australia that changed the perspective of Indian audiences towards food. Masterchef Australia was already a hit on Indian prime time, beyond the Saas Bahu serials, and to have Chef Vikas on air was a strong pull. That experience was out of this world,” Kavneet recollects. “Chef Vikas, having worked with other TV shows in New York, was completely enamoured by his Masterchef Australia experience. The focus of the entire theme of the show is to make sure that the food looks beautiful on the plate. The director, producers, and the people behind the cameras knew their food right. It was great to see everyone speaking food and nothing else. You see the energy and realise why the show is successful,” she adds.

On the flight to Melbourne, she discussed the possibility of creating a platform for brands, chefs, and consumers to come together and interact, when Chef Vikas, in his usual easy demeanour, coaxed her to chase her dream, “You keep sharing your thoughts, but now I think it is about time you give them shape. I am with you on this and since you are initiating a change in the industry, am sure all chefs will support you.” And that is how Kavneet’s dream project, The Gourmet High Street, took shape.

But it wasn’t like this always. Only a few months ago, she was in a state of flux

Kavneet started her career as a trainee with CNBC and moved on to Miditech . While she was working on shows like Child Genius for Star World and a documentary on Chhattisgarh with Nat Geo, MTV Roadies came along. “As an Assistant Director of the show,” Kavneet shares, “I was travelling over 40 days and 4,000 kilometres with the crew. The show was a life-changing experience. This was the first time in India a reality show was happening with six cameras recording. In the edit room with Raghu Ram, I learnt a lot. I was now taking spontaneous decisions with respect to the show, like how shots should be placed, what to do when accidents happen and so on. We were working days on end and seldom came back home.” Channel V was where she started handling artists, like making them comfortable on the day of shoot, taking care of the vanity van and so on. It was here that she saw another facet of her work, which only helped her in managing chefs at a later stage.

In 2006, Kavneet married her childhood love and entered a new phase of her work profile. It only helped that her husband stood by her and endorsed her enthusiasm to work. The workaholic Kavneet says, “Give me work and I will flourish, keep me away from a challenge and I perish.” She now joined the family business of manufacturing label stock and stationery, as sitting idle at home was not her cup of tea. It was a new avenue for her, but the quick learner launched products for the high-end printing solution business and established a supply chain network demonstrative of her capabilities. It was at one of the label expo where she was representing their business that Tarsus, a London-based international business-to-business media group with interests in exhibitions and conferences, approached her through her husband to work with them. To test waters, they offered her to curate an award show, but without pay. Kavneet, after initial inhibitions of working without pay, dived into it wholeheartedly and professionally executed the show. After the show, Tarsus offered her the role of National Sales Manager for one of their B2B properties in India – International Food and Drink Show. This was Kavneet’s first tryst with the food industry. “Here, I interacted with international brands, distributors, importers and saw a lot of potential in the show. While I was working for the next edition of the show, the MD broke the news that they have now sold of the show to an eager investor and my services are not required anymore,” she reveals. Having received the dreaded pink slip, Kavneet was at her wit’s end. But destiny held better. Word had gone out in the market that she was not associated with the show anymore, and the exhibitors were reluctant to interact with the new parent company. And resultantly, they called her with an offer to work together. “It helped that Richard, one of the company’s promoters from Australia, realised that her ideas for growing the food show was in tandem with the company’s philosophy. The new show was named Fine Food India. It was here that Kavneet was devising new strategies to make growth with the new show, like adding master classes with chefs, wine tasting events, to tell consumers how certain products, like cheese and wine, can be used to Indian sensibilities and cooking style. “But once Richard went back to Australia, I found it extremely difficult to work with the Indian management. They shot down all my innovative ideas that were envisaged for making the show a success,” she tells.“I am the horse with black saddle in front of the eyes. I have one target and don’t get distracted.”

In 2013, she quit and set up Culinary Communications to work on things that she thought were right for the consumers, brands, and the industry. “I wanted to get the chefs on a platform where people start noticing them as celebrities. Chefs stand 24×7 making sure all plates that go out on the dinner table are immaculate. I wanted to get them the respect that they deserve,” says Kavneet. She also curates smaller events like she remembers, “In three days, we put together an exclusive event for one of the B2B clients, for all restaurateurs, chefs, general managers over the long Independence Day weekend, where Chef George Calombaris came down from Australia to cook only for them.” There was not a single dropout from the guest list at such short a notice, and it demonstrates how she has raised the bar of the industry standards.

“With support from iconic chefs like Vikas Khanna, Manish Mehrotra, coupled with a famous TV chefs like Amrita Raichand, Sarah Todd, Saransh Goila, to name a few, I wanted to now start interacting with the customer, educate them, and inspire them to go back to the kitchen and cook,” Kavneet tells about her vision. “To me, food cannot be sold through technology, till the time I am not able to see, touch, and taste. To bridge the gap between brands and consumers I launched the Gourmet High Street, an event which is in the second edition this December in Gurgaon,” she shares. “Most of the time, customers don’t know the taste of the products which are beautifully packaged on the shelves of gourmet stores or are being sold on the basis of product descriptions on e-commerce websites. At the show, everything under the sun labelled ‘gourmet food’ is available and consumers can sample all for free as well as buy these gourmet products at discounted prices. We also want to do away with the inhibitions related to cooking. There are opportunities to see how a chef like Sanjeev Kapoor, Saransh Goila or Manish Mehrotra cooks and one can cook along with them and learn. There are wine master classes where we educate people about wine and cheese pairings, which are otherwise limited to exclusive audiences at closed events. In association with TIE, there are also sessions by chefs who share their life-turning stories about how they left their lucrative careers for cooking/baking. Unlike other food events, where a lot of restaurants participate, at TGHS there are exclusive previews of restaurants like Antares by Sarah Todd and La Riviera of Le Meridien,” she reveals.

Kavneet plans to take TGHS to Mumbai and Bengaluru. A king maker of sorts, Kavneet is a pioneer in establishing a new career option in India, that of managing chefs and creating employment opportunities.