What Startup Racers can learn from Formula 1 Racers 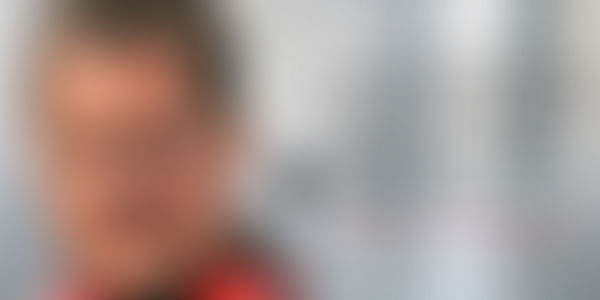 The 2015 F1 season wrapped up this weekend, while Lewis Hamilton retained his world championship he did not finish the season as strongly as he started. His Mercedes team-mate Nico Rosberg won the final race in Abu Dhabi which was his third win a row! An anticlimax to the most dominant of Hamilton’s three championship-winning years yet.

I am not a die-hard fan of Formula 1 (F1). Just a few months ago, an Itch List member shared a blog on scratching the itch to watch F1, and that got me intrigued. I started learning about and following F1, and was lucky to enough to watch a live F1 race in Singapore this year.

Still a newbie to F1, it fascinates me for a number of reasons. On the outside, an F1 driver’s life is as glamorous as it can get – spraying champagne, driving enviable machines, surrounded by a mass of flashing cameras, adoring fans, et all. But being an F1 driver is not easy. They are some of the fittest people on the planet, they need split-second reaction speeds, a quick wit, endurance, and so much more.

An F1 driver’s life has lessons for everyone, and I saw many similarities between the journeys of a F1 racer and a startup founder. In hindsight, this is not so surprising. Here are some lessons we as startups can learn from them:

One for all, all for one

F1 car crews are perhaps the most highly-coordinated teams in any industry. If you have ever seen an F1 race, it’s impossible to miss how efficiently the crew changes tires and refills fuel. The record time for a pit stop is a mere 2 seconds! The crew can also diagnose and fix problems at blinding speed. It’s a highly skilled team that works in complete harmony, and spends night and day practicing to deal with any contingencies. Such coordination can only come with practice and focus on a common goal. You've probably heard over and over again, that investors don't invest in products, they invest in “teams".

Usually, the driver of the car or a company gets most of the credit for the team’s success – or on the flip-side, bears the brunt when things go wrong. F1 races are a good reminder for founders!

- You are only as good as your team.

Surprises, at every turn!

In F1, the car racing in the final race will have very few components that were on the car that started the season. Every track is different. There are street tracks in Singapore and Monaco, night races, technical races in Silverstone and desert races in Bahrain. Rules evolve almost every season. Inclement weather plays a huge role in F1. Because of such changes, the races are difficult to predict. You really just don’t know what’s going to come along once the race starts.

Isn’t it the same for entrepreneurship? But like F1 racers, entrepreneurs set their strategy on learning, adapting, and getting really good at doing pit stops before they go back out there for another lap. There isn’t a single startup that succeeded like a rocket launch, but there are plenty that went through a number of pit stops and then focused all their efforts on speed, once they hit the straightaway, and blew the competition away.

Innovate, there’s always a way to be better!

F1 is based on cutting-edge, innovative technology and demonstrates what we can do when we try hard. Take, for example, the progress made on the KERS (an automotive system for recovering a moving vehicle's kinetic energy under braking). In 2007, the first development system weighed 107 kg and achieved an energy-efficiency of 39 per cent. By 2012, the weight was less than 24 kg and the efficiency up to 80 per cent.

Similarly, your app or new product development demands the highest standards and attention to detail in everything from design and construction through to the all-important execution. Innovation is a constantly evolving process, and we have seen even seemingly invincible tech startups fail when they stopped innovating.

Face it, you are going to crash

Novices crash and experts crash. Not every move is right, and there's a price to pay for that. We just need to be aware that crashing is not just a distant possibility, but something that's hanging above your head every single second. It takes maturity to realise and accept when to pivot. For startups, it's not as simple as in racing, where the easily distinguished sound of plastic and metal scraping the asphalt clearly indicates that you've crashed; you have to keep your eyes and mind open, and only then you'll see it.

Sometimes, you can steer out of it, other times you try to reduce the impact and damage. The fury and rage after crashing in a race can either disappoint you or can motivate you to get better lap times. Don’t be afraid of crashing. Realising that failing is human, and moving on, is a trait that will take you a long way.

Racing is physically tough. In order to get good results, you need to be in shape - most top-level racers are in better shape than the average Olympic athlete. You need money too. If you start with car racing as a hobby, you will find yourself pouring everything you have into this hobby of yours. Cars are not cheap, and they need to be upgraded, tuned, set up, and constantly maintained. Ergo, it’s a commitment of your money, time, and soul. Not the most “rational” choice.

The same goes for startups. It's tough, and it requires money – sometimes lots of it. Sacrifices must be made at every turn. It too becomes a lifestyle of long hours, hard work, and little return for a very long time. It's hard for outsiders to understand, yet everyone in the startup community knows the dedication needed. I have huge respect for Lewis Hamilton, who is an incredibly talented driver, but has also shown great fortitude. When he talks about his success he says, “What people tend to forget is the journey that I had getting to Formula One. There were plenty of years where I had to learn about losing and having bad races.”