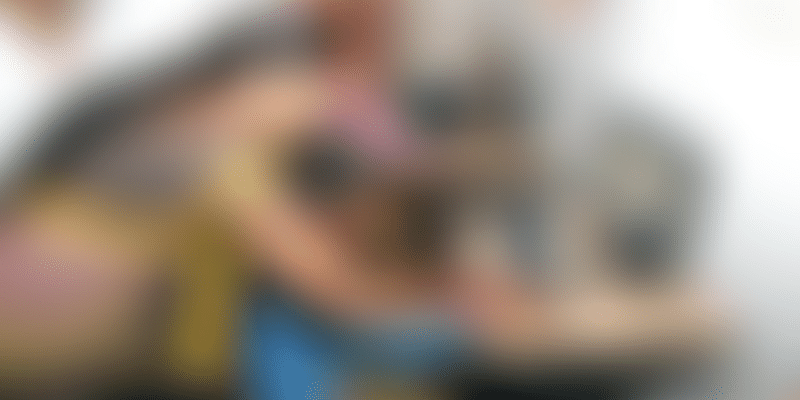 Moram Bai Tanwar wanted to study further, but couldn’t afford to do so. She belongs to a very poor family. Her father was a humble farmer, and she had eight other siblings to take care of. When she quit school with a heavy heart after passing her eighth grade, her family asked her to get married immediately.

During her marriage, her father had to bear the burden of dowry, and she became a victim of domestic violence. She was finally driven out from her husband’s house. She felt the pinch, but didn’t lose hope.

She decided to self-educate herself. She trained herself in computers, finished her matriculation, and became a teacher. Her goal was simple – to ensure no other woman meets the same fate as hers, and that women from small towns and villages become self-dependent.

Leading a life on her own terms, today she is the Panchayat Secretary of Rajasthan’s Manohar Thana, in Jhalawar district, and heads 26 Panchayat Committees in the region. It is because of her that her region is doing exceptionally well when it comes to hygiene and education of women. Despite the respect she gets today, her life continues to be a testament of simple living and high thinking and an inspiration to many.

Moram was the eldest of nine siblings. Her father was a farmer. Even though she had to leave school and get married when she was still a teenager, she did not give up on her dreams. She wanted to continue learning and joined ‘Literacy India’, an NGO dedicated to teach underprivileged and marginalised sections of the society.She would walk sixteen kilometers daily from her village to study. She learned stitching and soon became good at it. She went ahead and learnt computers. Her enthusiasm towards learning was so addictive, that soon the NGO asked her to join them as a teacher. She started teaching life skills to other women in her village who wanted to become self-dependent.

Moram wanted to join her village Panchayat Committee as a computer operator. When she enquired on how to go about with applying for the job, she was told that she must pass her 10th grade exams and complete a certified course in computer education. Desperate to get the job, Moram continued her studies through open schooling, and finished her matriculation. She prepared herself for the job and was able to get it.

Fate, however, was not on her side. Only a year later, she had to discontinue her long-sought career due to family problems. She, however, did not discontinue training women and continued her career as a teacher.

Soon afterwards, Moram received the information through the newspapers that Panchayat elections were underway in her district. They were seeking nominations from interested applicants. Although disinterested in politics, she saw this as an opportunity to scale up her work. She wanted to connect with more people to help uplift women and the marginalised living in the area.

She was already quite popular as a teacher and a crusader of women rights in the area. Once nominated, she received great support from local populace. She won the elections with a margin of over 10,000 votes. She also won the elections for the main committee and soon became the Panchayat Secretary of her district.

As she continues her activities involving teaching women the basic life skills of stitching and computers, Moram says that she didn’t contest the elections for the positions she holds today, but to get work done. Her aim is to ensure that every government policy meant for the welfare of the poor and underprivileged gets implemented.Moram is working hard to ensure that toilets are built in every house under the Swachh Bharat Mission. Out of the 26 Panchayats she monitors, two have already achieved the target of all homes having toilets built, while in all other Panchayats work continues at good pace. She has also started many initiatives which are focussed on women welfare and education.

Actively ensuring the Anganwadis in her area are well equipped to combat child hunger and malnutrition, Moram says that government policies for the poor cover ration cards, pensions, scholarship, guaranteed work, unemployment allowance, among other schemes; but most of these do not reach to the ground level. She continues to work to ensure that greater transparency is brought in the bureaucracy and at the same time citizens are made aware of their rights.

Moram actively works with women to make their Adhaar card, ensure that they get insurances, involve them in NREGA, and other welfare schemes. Despite her phenomenal growth from being a young bride and a victim of domestic violence to the Panchayat Secretary of over 26 Panchayats, she continues to lead a simple life and spend her free time teaching women and helping them become self-reliant.