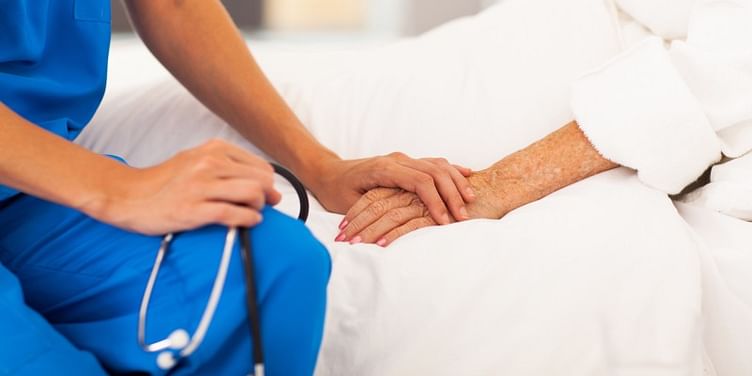 “For over 19 years, Wockhardt Hospitals had close to 3,000 beds and were the second largest. And the largest hospital boasts of 7,000 beds. Currently, there’s a spend of close to USD 185,000 per bed. One of the biggest problems in our country is infrastructure development,” said Vishal Bali of Medwell Ventures at the Decoding Healthcare event by Unitus Seed Fund in Bengaluru. Thus, highlighting the infrastructural challenges the growing healthcare sector is facing.

It was this challenge that created myCOL. At the core of it, myCOL was started with the understanding that securing in-patient hospital admission in India is an intimidating exercise even for the upwardly mobile and educated class.

Be it the asymmetry of information regarding bed availability, a non-existent comprehensive database of specialists and hospitals, or simply the administrative hassles in completing admission formalities. It is estimated that more than 31,500 man-hours are wasted daily in Delhi alone in securing in-patient hospital admissions.

Having known each other for several years, Professor Mudit Kapoor, PhD in Economics from the University of Maryland, College Park, and Vaibhav Singh, who has been a part of private equity, investment management, consulting, M&A and advisory, discussed the idea for a few months. They spent time in conducting extensive primary research at the hospitals.

Dinesh Tewari, being a strict disciplinarian from the Army, was invited to assist with the operations and staff handling. Aarti Gupta, having run an entrepreneurial venture in food, was considered appropriate from a customer engagement and retention strategy.

The research was conducted through primary survey of patients (and their care takers) at some of the biggest hospitals in NCR using a simple questionnaire methodology. The major issues that emerged from the patient’s side are as follows:

It’s interesting to note that there were minimal issues regarding medical care, but most of the concerns/complaints were centred around administrative issues.

Usage of the app

Thus, myCOL or Circle of Life Healthcare Private Limited aims to deliver a synergistic suite of services through a mobile application. The biggest differentiator for myCOL according to Mudit is the personalised free ‘assistant’ service. On booking an assistant through myCOL, the company immediately assigns an assistant for the patient and the caretaker to take care of all administrative formalities at the hospital of their choice.

The various aspects of the app include:

The major challenges according to Vaibhav were in setting up included getting buy-in from the hospitals with respect to the assistance service at their premises and ensuring appropriate go-to-market strategy to foster user adoption.

Mudit adds that they found that while hospitals are good at managing patient centricity, they fail at customer centricity. Hence, there is a need for such a service, which not only helps provide information to patients but also improves their overall hospital experience.

Within the first week, myCOL got over 2000 views/downloads and a registered user base of 500 active users. "Being in the initial launch phase, we are currently focussed on creating the awareness about our product amongst the upwardly mobile individuals who are the early adopters of technology," says Vaibhav.

myCOL intends to rollout its service in Chennai, Hyderabad, and Bengaluru by March 2016 and then Mumbai, Kolkata, and Pune by September 2016. It targets to launch its Medical Tourism business by March 2016 with an initial focus on the Middle East and Africa.