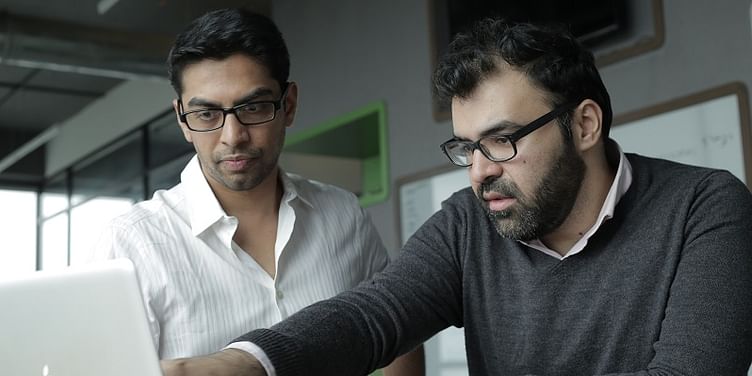 Ashwin Suresh and Anirudh Pandita first met over a decade ago when they were roommates and undergraduates studying electrical engineering at the University of Illinois at Urbana-Champaign (UIUC).

Starting up was evidently in their DNA, and the duo started multiple clubs together from a cricket team to an investment banking club during their stint at UIUC.

But was this trend to continue after they graduated? Apparently so.

However, it seemed the stars were not aligned in their favour. Differing geographies and personal milestones had put their entrepreneurial journey on the back burner.

But the urge to do something was still alive. A meeting with a leading venture capitalist firm and hearing their story on how his venture had made an impact on his life, reignited the fire for the duo.

By the end of 2013, the time was right. Ashwin was working as the Creative Head at Junglee Pictures, Times Group’s film studio, and Anirudh had moved back to India after completing his MBA at Wharton, and working with a hedge fund in the US.

The duo turned their attention to an industry they both found interesting – media and entertainment. What followed was six to nine months of interacting with people in the industry from large studios to A-list actors. In fact, one meeting was with an A-list actor while he was on the treadmill.

This led to the launch of their digital entertainment company, PocketAces.

The founders describe PocketAces as a digital entertainment company that is trying to leverage technology to create, distribute, and engage content for the Indian millennial. With the advent of social media, these entrepreneurs believe that the media company of the future needs to have a strong technology DNA and understand social sharing.

So how do they do justice to the technology DNA?

PocketAces is not using any existing platforms for their backend and is building it entirely from scratch using popular web and mobile development technologies and frameworks. Breaking the lifecycle of content, their in-house technology platform empowers creators in the following ways:

Their first mockumentary series ‘Not Fit’ is also live now. When it comes to what excites them, the founders say:

"Continuously innovating and bringing customers solutions that entertain them! It is also exciting to work at the intersection of technology and media! Over time, we want to optimise for earned minutes of attention (EMA). There are multiple inputs that go into determining this ultimate metric but this is what we are ultimately optimising for.”

The content industry is booming out of proportion. Blogger and author Mark Schaefer had commented that by 2020, the amount of web-based information (most of it consumer-driven) is expected to increase by 600 percent.

With multiple Indian platforms like Culture Machine, ScoopWhoop, TVF, and AIB saturating the market, and American platforms like Buzzfeed and Vox Media giving them a tough competition, it is a difficult industry to create a mark differentiator in.

Buzzfeed and Vox Media also have their own proprietary platform. Moreover, there are firms like Quintype, which are providing platforms for media companies, just as blogging did for independent writers.

Additionally, with integrated advertising and collaborations as the only source of revenue, profit at scale and breaking even can be a hurdle to overcome.

Winning will depend on whose tech is better, and with PocketAces heavily betting their guns on their proprietary publishing platform, it will take some time to see how their technology is helping them become a leader in this space.