From the team behind [x]cube LABS comes Upshot.ai, a smart mobile engagement platform 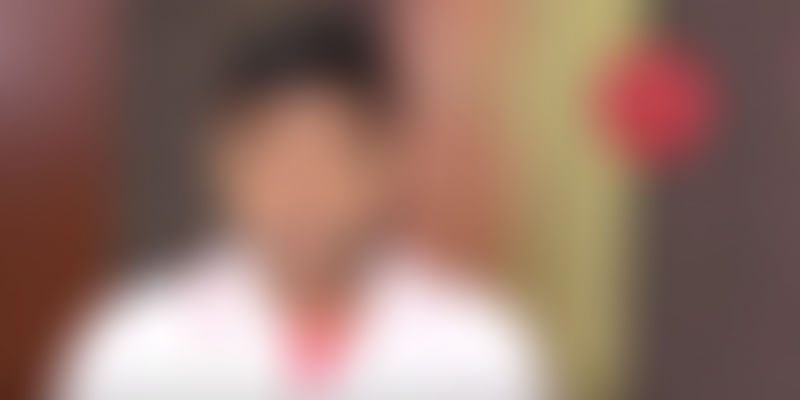 The mobile app space is a hard sector to crack, but can be quite lucrative in the long term. According to reports, in 2014, the iOS app market generated more revenues than Hollywood. Keeping users engaged and generating revenue is a bigger challenge compared to getting users to download an app. Bharath Lingam, Founder of Upshot, says

Users are distracted very easily and it takes a lot of intuition and fine tuning to ensure that they are able to discover value in their first minute of using your app. You also need to be able to sustain their attention over many sessions so that your app becomes a habit for them.

Having been in the mobile app sector for many years through [x]cube Labs, Bharath saw a market opportunity and started Upshot.ai to help app developers deliver a more intuitive experience to the end user. Upshot.ai is one of YourStory’s Tech30 2015 companies.

In its essence, Upshot is a mobile user engagement platform that helps enterprises and SMEs increase user engagement, retention and monetisation of their mobile apps. The startup helps app developers develop products that their users are able to realise value from more quickly. This is beneficial as it prevents the end user from uninstalling the app too soon, without having used it properly. Upshot also leverages historical user behaviour and contextual intelligence to help mobile marketers and developers gather deep, actionable user insights. Bharath explains,

A parallel to what we do would be to look at what Google Now is doing for its search product. Our focus is to enable similar kind of intuitiveness for any software developer. While we provide the platform for delivering this to end users, we’re also about building a comprehensive solution for mobile publishers today that takes care of a whole lot of mobile marketing needs under one roof. Something that’s not available in today’s market.

Upshot was founded by Bharath, an IIT-Madras alumnus. Bharath also founded [x]cube Labs and previously held leadership positions at Mahindra Satyam, Pandora Networks and Knowledge Infotech before venturing out to start his own company.Upshot.ai currently has offices in Hyderabad and Dallas(USA) with a team strength of about 35. Bharath confirmed that currently 75% of the team consists of engineers in technology roles, with the remaining 25% looking after sales, marketing and other aspects.

So far, Bharath and his team consider their journey to be exhilarating as well as challenging. They found that whenever they shared the potential of their technology with clients or end users, they mirrored their own excitement. So this validation and the vision to make software more intuitive keeps them going.

Talking about the challenges so far, Bharath says,“You’re constantly changing quite a few things about how software is developed, which means not just coming up with new technology, but also coming up with a different process for thinking about software and that is fundamentally a tough problem to solve, both conceptually and in execution. And we’re trying to solve this at scale. So we need to ensure that the performance and cost efficiencies are built into the technology without compromising on user experience.”

Upshot uses advanced analytics, segmentation, app marketing and artificial intelligence to deliver the desired end-user experience. The product offers actionable insights, predictive intelligence to optimise the app, send personalised marketing messages and add out-of-the-box features. Upshot currently works on a PaaS (Platform as a Service) model. Its basic pricing is $999 per month, billed quarterly, and the company is currently charging on the basis of monthly active users on the app.

Currently bootstrapped, Upshot.ai plans to raise an external round of funding in February next year. So far, the startup has been financed by parent company [x]cube. Talking about the strategy going forward, Bharath says, “We’re currently focussed on ISVs and successful consumer apps. We’re also implementing the solution on select clients in various enterprises as we want to be a broadband platform and we’re aiming experiences across multiple industries.”

Considering the mobile engagement sector globally, Bharath sees a wide variety of opportunities in this space and considers it to be at least a $100 billion market globally, with room for multiple players. He says, “I think this is an early stage for the market as a whole, and there is a lot of opportunity for market expansion. The way we look at it, its not going to be just mobile engagement, but more about user engagement across various channels. And when we’re talking about engagement, this is also not just about engagement derived from the data that your platform is collecting from the users, but we’re talking about engagement generated from all the data that we have about our user across different data silos.”

Kahuna is one of the leading players globally with competitors like Urban Airship, Appboy and Localytics. Coming to India, Upshot competes with Clevertap (earlier Wizrocket). Then there are many players in the app ecosystem such as AppVirality and Appknox that help SMEs and enterprises boost their app performance and security respectively. Talking about the app development sector as a whole, Bharath considers it to be similar to high performance sports. He says,

Due to the freemium nature of the industry, it has become one of the most competitive creative pursuits today. Being successful here is not just about being good, but being the best of the best. Even when you’re not focussed on entering the consumer app sweepstakes, and you’re doing something more utilitarian like building an app for buying movie tickets, the challenge is that users are trained by the other apps to look for very high quality experiences, and they judge your app on that benchmark.

Are mobile apps here to stay?

With rapid advancements in technology and emergence of wearables and IoT integrations, will mobile apps still be the centre of the ‘app universe’ a few years down the line? Bharath is very bullish about the mobile app sector and is confident that this will be a long haul sector. He says, “Wearables are great, but they haven’t shown that they can generate as broad a user base as mobile phones or deliver similar number of sessions while retaining their user base. In the future, we see mobile apps, devices, virtual reality, smart TV etc., all co-existing just like we see the mobile and web co-existing in today’s ecosystem. Having said that, the infrastructure play that we’re talking about has a much longer lifecycle because it will evolve as the channels for user experience evolves.”

Google had recently announced it would let users stream Android apps through search results to help them test it out before installing them. Bharath sees this as a relevant move as this will help the deep linking technology improve, make app discoverability easier and hence make app development a more sustainable business. He says,

Google can become your de-facto app discovery platform, instead of the app store that you’re using currently. This means that instead of being a ‘walled garden’ of apps that the world is moving towards, and that can potentially hurt Google’s ad revenues, ‘app discovery’ is opening up again, and is creating a new trajectory. Streaming of apps enhances the overall user experience as they are able to try an app without installing it. This can also help in users discovering and using more apps as currently most users rarely download new apps.

India is expected to become the world’s second-largest Internet user base by this December 2015, overtaking the US by reaching 402 million Internet users. As a largely mobile-first economy, a report by IAMAI and KPMG projects that India will reach 236 million mobile Internet users by 2016, and 314 million by 2017. So with rapid adoption of Internet, the need for ‘mobile engagement’ expertise is increasing. With a strong team that is present across India and USA and has already tasted multiple successes through [x]cube, it will be interesting to see how Upshot capitalises on its expertise to capture the market.