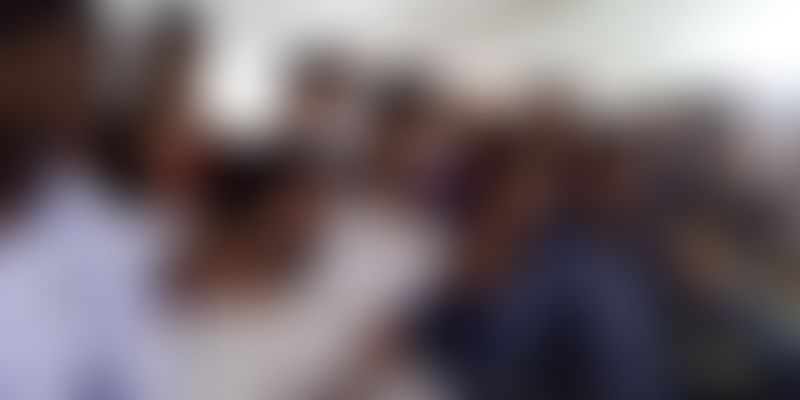 Picture this. Your startup has just begun to scale up and your team size has grown from single to double digits. Your first order of business would be to get your office infrastructure in place. This need is what Anshul Purohit, who had worked in the corporate scene for over 15 years, decided to leverage.

He noticed that while the Indian e-commerce market had covered the B2C segment, they were yet to touch the B2B space, especially the $70 billion Indian telecom market.

“In the present market landscape, although there are e-commerce players like Flipkart, Snapdeal and Amazon, they only deal specifically in the niche segment of selling mobile phones, mobile accessories, or Wi-Fi routers,” says Anshul.

This got him thinking, and he decided to launch Telecom Profit, an online B2B marketplace dedicated to telecom infrastructure. On offer is a range of products such as networking and mobility devices, Internet and point-to-point lease lines, and conferencing facilities, among other products.

After doing due diligence and researching the market space, Anshul quit his corporate job and spoke to several industry experts to assess and mitigate the risk involved.

He knew he had to get a team in place, and decided to involve his friends Dheeraj Sethi, who joined as CMO, and Abhijit R, who came onboard as Head Alliance. Telecom Profit was launched in February 2015. Soon after, M. Siraj joined as Head of Operations.

Telecom Profit currently stocks over 50,000 telecom products and services across 11 categories and 55 sub-categories. “We have a built a network of 1,000 registered, specialised telecom vendors, and over 4,000 SME and large institutions in a span of six months,” says Anshul.

Roping in the players

The organisation has also tied up with several national and international Original Equipment Manufacturer (OEM) like TPLink and Zicom. The team intends to add 4,000 more telecom vendors, and over 10,000 more SMEs and large Institutions, in addition to tie-ups with more national and international OEMs. They also plan to expand their current 15-member team to 45 in the next six months.

However, their journey has come with its fair share of challenges and roadblocks. Apart from building the team, the big challenge was to communicate the idea to trade partners and customers. “It was important that they understood the difference between Telecom Profit and the other existing portals,” says Anshul.

He says that, initially, the trade partners and customers were sceptical, so the team started giving free demos and trials. They also realised that launching and managing operations across India would not be possible with their current infrastructure and manpower. They have currently shortlisted 10 cities for the first phase of their operations. Telecom Profit will be starting the second phase with 25 cities by March 2016.

Telecom Profit charges trade partners for its services and has different plans to cater to their requirements starting from a minimum of Rs.8,000 to Rs.32,000, depending on category and location. They also have revenues coming from OEMs for advertising and promotional campaigns.