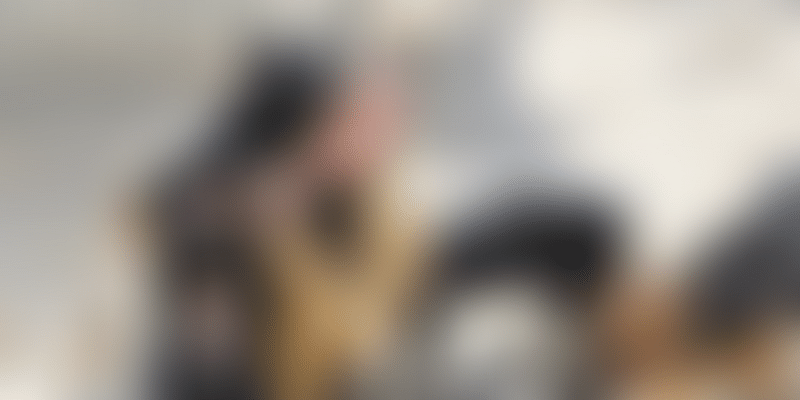 29-year-old Wang Yan is from Gelong town of northeast China’s Jilin province. He once ran a steel empire and had a net worth of several million yuan, but has since given it all away. It all started one day in 2012 when his beloved pet dog, Pooch, went missing. He visited a nearby slaughterhouse on a friend’s advise, but couldn’t find his dog. His experience at the slaughterhouse disturbed him so much that he went on to build a rescue centre for dogs, and started saving street dogs from meeting their horrible fate.

According to Metro, Wang bought the slaughterhouse and established an animal shelter inside an abandoned steel factory. He has saved over 2000 dogs from being slaughtered. “Right now, we only have 215 dogs,” he told the Sina news. “The most we’ve had at one time is 1,000, many of them have been adopted.” Since he doesn’t accept donations and hopes that kind-hearted people will donate supplies voluntarily, he has gone into serious debt trying to provide food and medical treatment to care for his dogs.

Animal cruelty has made news in India too. With available options of sterilization and regular vaccination, dogs still undergo culling in states like Kerala and Tamil Nadu. Cities like Bangalore have also reported illegal culling of stray dogs. We hope more Wang Yens will sprout in this part of the world to rescue man’s best friend.