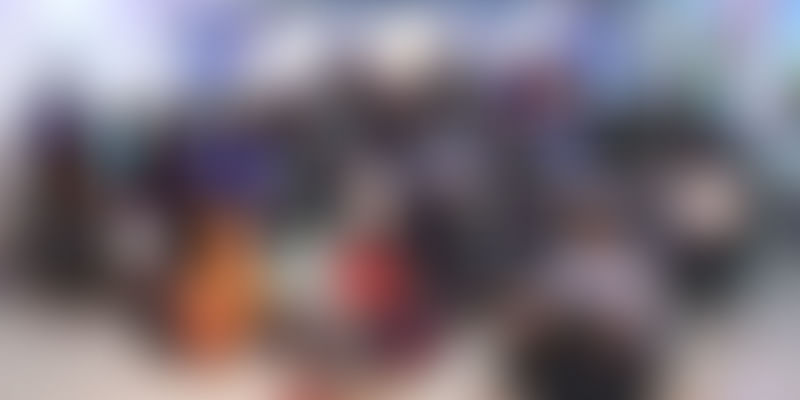 What future does a startup hold after a brand failure and four product fails?

The answer lies inside its office in Indore on a crazy Sunday afternoon amid roars of hurrahs. Its flagship portal gets 60 million unique visitors and 250 million page views per month.

This startup has recently won the 'Fastest Growing Company in IT Sector' award in a function organised in Bangkok by All India Achiever's Foundation. It was also selected by Google recently among an elite group of startups for cases tudies on successful companies using their products.

Listed among the top 500 most visited websites in India within a year of its operations, WittyFeed has arrived on the content map, arresting readers with its viral content.

Wittyfeed.com is, as it is branded, a “charticle platform. For everyone who loves to express, read, write, and explore.” It is like the YouTube of modern-age bloggers wanting to write 'photo stories and listicles'. However, what makes WittyFeed really click with millions of readers across the globe is its hand-picked collection of viral content that’s trending on the Internet.

So, how did WittyFeed strike gold after the initial hiccups? Let’s just say Wittyfeed is a more successful sibling of evrystry.com and thestudpidstation.com – all products of Vatsana Technologies Ltd whose story was told by YourStory back in September 2014. In just a span of one year, WittyFeed, with its brand new avatar took the page views from five million to 250 million a month. What really happened? Says WittyFeed Co-founder Vinay Singhal, “It didn’t happen overnight. We have reached here after four years of trial and error. We learnt some hard lessons about branding the product. Earlier, our content portal evrystry did not appeal as much to our readers or the team. However, a catchy name would aptly cumber what we had in mind when we called it a 'platform'."

WittyFeed only recently crossed the mark of 45,000 concurrent users on their website at a given moment and six million unique visitors in a single day. And the team of 35 celebrated it by shaking a leg before a huge screen displaying ticking figures, in Silicon Valley style.

WittyFeed provides its readers with content and makes revenue through several display ads and tools such as Google AdX, OpenX, epom and Content.ad etc. What makes it unique is its one-of-a-kind content distribution channel called Viral9.com with more than 6,000 social media influencers on-board making the content viral. Based on their website views, Google has appointed a dedicated accounts manager for WittyFeed.

“Right now, we have a team that finds the most viral content. The writers are directed to curate or write content around it before posting it on the website. However, we are now working on a system where WittyFeed becomes the leader in deciding what’s viral and what’s not,” adds Co-founder Shashank Vaishnav. Shashank had co-founded a content website Amazing Things in the World in 2012 during his third year of college.

“Also, the future of advertising is not the ad links that we see today. Now ads will have to be woven along with the stories,” adds WittyFeed third Co-founder Parveen Singhal

But aren’t there enough content curator websites in the industry? “When we started we had two major competitors in mind - Buzzfeed and Diply. While they were established and big names in the market, we called ourselves different for the fact that we were not just creating another website for content consumption, we were creating a platform. A charticle platform that allows you to photo blog and share your word with as many as you like,” explains Parveen.

Want to work here? Get up and dance!

WittyFeed, like its name, has a whacky way of hiring people. Anyone wanting to work in any position here is asked to perform:sing, tell jokes, do stand-up comedy or dance. “That’s the kind of people we want to hire: those who are not scared of coming out of their comfort zone. Here, you can be whatever you want, without the fear of being judged,” adds Vinay.

“Most of our employees are freshers. We believe fresh talent is more open to learning and adapting into the WittyFeed environment,” says Parveen.

The team has an apartment for all the single boys who live together. The startup pays for their monthly needs. There’s a cook who ensures they all get healthy food and stay fit.

Shifting base to Indore

Vinay and Parveen,- siblings from Haryana, met Indore-born Shashank during college days in Chennai. They started up in the third year of college and operated from Chennai for three years. Vinay, while visiting Shashank’s hometown Indore, felt like this was a perfect place to start up. Within three months, the founders decided to shift base to Indore in June 2014 and never looked back.

At the current rate, WittyFeed is expected to generate more than $6 million as an annual turnover in the FY 2015-16. The founders give the credit of this success to their team. “We don’t hire skill, we hire people. We let them do what they are passionate about so everyone here loves their work. We are a family and we live like one,” adds Shashank.

“There’s no perfect formula for success. But if you have a strong team, you can make your own formulae,” says Vinay.

Meanwhile, the content industry has been growing by leaps and bounds. Blogger and author Mark Schaefer had commented that by 2020, the amount of web-based information (most of it consumer-driven) is expected to increase by 600 per cent. Moreover, as per PQ Media’s forecast, content marketing alone is set to become a $313 billion industry in 2019.