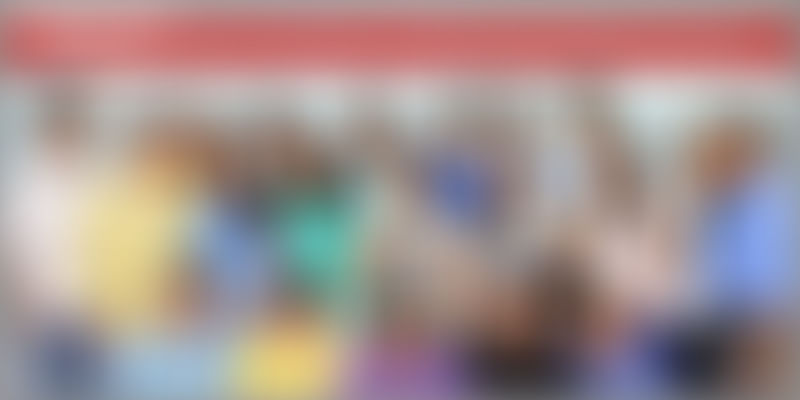 Bite Club, a Gurgaon-based online marketplace for chefs, announced that it has raised a fresh round of capital from growX ventures. The Phoenix Fund via Enablers, and existing investors Powai Lake Ventures also participated in the round.

Bite Club was launched in November 2014 by Aushim Krishan (ex-Barclays, Singapore), Sidhharth Sharma (NTU, Singapore) and Prateek Agarwal (ex-Housing.com). Aushim and Prateek were batch-mates at IIT Kharagpur while Siddharth and Aushim met in Singapore when the latter was working at Barclays. The venture was conceptualised with the aim of making home-style food quickly accessible to everybody, and at affordable prices.

As a marketplace connecting chefs and consumers, Bite Club has a daily changing menu that customers can order from via their mobile and web app. The food is prepared by a curated community of home, amateur and professional chefs. The firm claims to have already served over 1,00,000 meals within one year of its inception, and currently delivers almost 1,000 meals a day.

From a team of 20 in June, Bite Club has now grown to a team of 30 and currently works with a network of about 180 chefs. It had initially started out with an Android app and then launched a web and iOS version. Currently, it sees 70 per cent of its orders coming through the mobile app with the remaining 30 per cent through its website. Also, the company currently sees more orders for lunch compared to dinner.

Bite Club has so far relied on mainly online marketing strategies, through a mix of referrals and product-based marketing. Going forward, it aims to continue focussing on online channels to reach out to more consumers and chefs.

Commenting on this fresh round of funding, Prateek, who is the CEO and Founder, confirmed that it was a sub-million dollar round. He said, "We are chasing a vision of replacing home cooking. We have some of the best home chefs on our platform relentlessly working to delight our consumers with wholesome meals every day of the week."

Bite Club aims to bring an interesting mix of offerings in the gourmet and comfort food segment across regional Indian and world cuisines within the price range of Rs 100 to 300 per person. Carrying certain traits of both a restaurant and a tiffin service, Bite Club is not conventionally one or the other. At present, it is on an expansion spree in the Delhi-NCR region. Ashish Taneja, MD at growX ventures, said,

With the current round of funding, we are looking to go deeper into the current market, improving efficiency, building a strong platform for growth and introducing newer products.

The food services market in India is touted to be a $50-billion market that’s growing at 16 to 20 per cent year-on-year. Foodpanda is one of the biggest players in this sector, having raised $100 million in funding led by Goldman Sachs earlier this year. It also made news regarding multiple malpractices and most recently tied up with IRCTC to offer its services on trains.

Founded in 2014, TinyOwl is another big player in this sector having raised Rs 100 crore in funding. This venture, too, faced trouble recently while downsizing its operations in Chennai, Pune, Hyderabad and Delhi. Then there is Swiggy, which raised $16.5 million Series B funding in June from NVP and others. After running pilots in Delhi NCR, in May 2015, Zomato launched a separate food delivery app, named Zomato Order.

According to Prateek, it is still early days for foodtech. On some foodtech startups scaling down operations or shutting down, he added,

Those are mid-course corrections and is fairly common place in the startup world. It happens when you don’t get your unit economics right. While a high customer acquisition cost is an issue, a much more dangerous issue is high customer retention cost. If it is the latter, then there is probably something wrong with your product.

Bite Club plans to utilise the fresh round of capital infused to expand its footprint in Delhi-NCR and introduce more product categories. While its current focus has been on gourmet and comfort food, it plans to provide FMCG products with longer shelf life, such as pickles and other condiments.

With a large percentage of youth in major metro cities leading hectic lives and either not knowing how to cook or having the time to, there is a big market for the comfort and homemade gourmet food that Bite Club provides. With purchasing power increasing, most end-consumers don’t mind paying a premium for the convenience and service of getting homemade food delivered to their doorsteps.

Some possible issues with running a marketplace consisting of home, amateur and professional chefs is that Bite Club can’t always guarantee the same level of quality for end consumers. It will be interesting to see how Bite Club manages operations at larger scales and how it goes about expanding into other food categories.