The curious case of pre-Series A 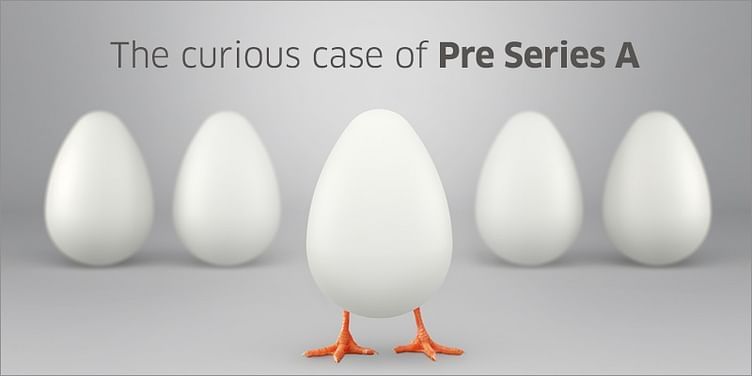 The startup ecosystem has given rise to some interesting terminology. Unicorns used to be mythical creatures, now they are young companies who are valued at over a billion dollars. This year’s new term, at least as far as the Indian startup world is concerned, is 'pre-Series A'. Coined in 2013 in US, Indian entrepreneurs adopted it in 2015.

Pre-Series A is typically defined by entrepreneurs as a mid-round between seed and Series A (YourStory considers all funding before Series A as pre-Series A). According to YourStory research, close to 40 startups have raised, what the startups call, pre-Series A this year. Of this, over 35 percent was undisclosed. So, is it a new phenomenon catching on with early-stage investors? Anand Lunia of India Quotient says,

VCs see pre-Series A round as seed-stage investment. It’s just a new label for startups that secured seed round and failed to convince venture capitalists for a Series-A round.

Pre-Series A is crucial for startups in the Indian context as the bar set for Series A is at an all-time high.

Some experts opine that angel funding has risen significantly in the past three years but Series A didn’t grow proportionately to angel round. “Multiple startups in the same vertical raise angel round but only few (approx 10 per cent) will have metrics to drive Series A. Such startups often raise bridge round with existing or new angels and term it 'pre-Series A',” adds Sumanth Raghavendra, Founder, Deck App Technologies.

According to him, pre-Series A announcement exhibits the negative aspect of a company. He adds,

Pre-Series A means nothing. It only hypes insecurity of founders as they’re not at a point yet to raise a $3-4 million round.

Delhi-based on-demand laundry startup Tooler had secured pre-Series A round last month. When asked about what it means to Tooler, its Co-founder and CEO Sukan Srivastava says, “Follow-on capital was crucial for us and we needed cash to operate till Series A came in. I don’t know which term would be appropriate for such a round but pre-Series A certainly allows startup to hide certain things.” This could be a startup’s inability to raise Series A, low valuation or lower-than-expected amount of funding. Experts state that pre-Series A is a way to inflate valuation and celebrate another funding round.

Kashyap Deorah, author of The Golden Tap - an Inside Story of Hyper Funded Indian Startups, says,

I don't know what pre-Series A is all about but it gives another chance to celebrate. Importantly, media also participates in such celebration wholeheartedly and writes about it blindly.

Seed or angel round typically comes at a very early stage. For instance, some startups pull off seed round before or within six to eight months of operation. Unlike in the past, startups currently face cutthroat competition because of several angel-funded startups in the same segment. Praveen Sinha, ex-CEO, Jabong, says:

After hitting decent scale with seed round, startups talk to various institutional investors for Series A, but closing Series A may require two-three months (even after receiving term sheet). In such a scenario,the startup needs capital, and an additional round comes as a breather.

He participated in a $2-million, pre-Series A round for on-demand laundry startup Wassup.

According to Praveen, the participation of well-known angels or micro VC firms in pre-Series A adds confidence in institutional investors. He adds,

Ratan Tata usually puts a small round in startups but his capital brings great validation and bright prospect as far as follow-on funding is concerned.

YourStory terms all investment before Series A as a pre-Series A. But we consider pre-Series A, as used by entrepreneurs, as a bridge round or breather till Series A comes in. The days are long gone when Series A was raised by a large number of startups in the same sector, and consequently we witness various casualties in foodtech and hyperlocal segment. A round between angel and SeriesA becomes a matter of survival for such startups. Startups thatare on life support system really don’t care how others term their oxygen cylinder. Everything is fair in love, war and entrepreneurship.

Recommended read: Are Indian startups prepared for the funding freeze this winter?