What Flipkart's data reveals about its future moves 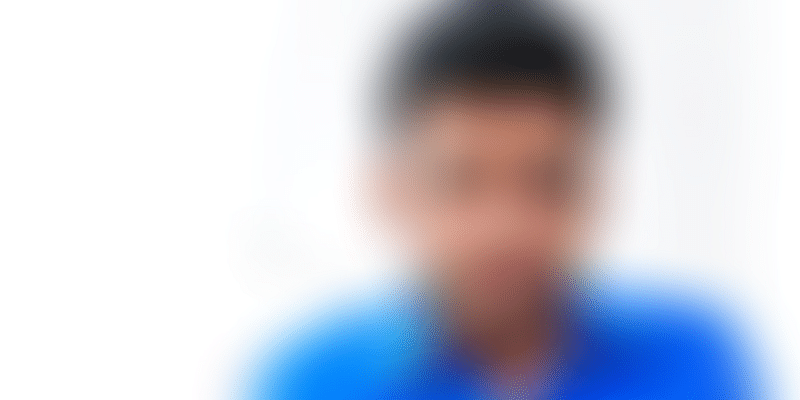 Flipkart just released a whole bunch of data based on the buying preferences of its 50 million shoppers. The actual findings are definitely interesting. But what’s more interesting is the glimpse it provides into the Bengaluru-based e-commerce major’s current and future areas of focus.

Flipkart has been busy adding new products on its platform, especially over the last 12 to 24 months, and today has over 70 categories. While electronic accessories topped the list of categories in terms of number of orders, mobile is still king for Flipkart and by extension for the e-commerce industry. Flipkart claims that one out of every five mobile phones sold in the country is sold on its platform.

Four mobile phone brands—Lenovo, Motorola, Samsung, and Mi (Xiaomi)—are part of the top five brands for Flipkart overall. This continued dominance of mobile will help boost gross merchandise numbers, considering the average price of smartphones on the platform is between Rs 7,000 and Rs 12,000. However, mobile phones are notoriously low-margin products. That’s why Flipkart has opted for the ‘exclusive tie-ups’ strategy with partnerships with Motorola and Mi (Xiaomi) where margins will be better. Flipkart is set to take this to the next level.

“I think the big revolution in 2016 will be the massive migration of feature phone users to less-than-$100 smartphone,” said Ankit Nagori, Chief Business Officer at Flipkart.

To a question by YourStory on whether Flipkart will work with brands or companies to create these sub-$100 smartphones, Ankit said it is too early to share details. He, however, said, “But we hope to play a big role in this.”

Mobile might be their largest category, but that does not mean Flipkart does not want to grow other types of products. It has launched new categories this year like car accessories and furniture. It has also focused heavily on fashion ever since its acquisition of Myntra in 2014. This has surely shown results. After electronic accessories and mobiles, the biggest categories for the eight-year-old company are lifestyle accessories, women’s clothing and men’s clothing.

In fact, last year men’s clothing as a category was larger than women’s. While almost 70 per cent of user accounts on the platform are of men, 40 per cent of merchandise sold on Flipkart are women related. Sarees are among the top sellers in fashion, with 20 per cent month-on-month growth. Ankit said sellers based in Surat get 20,000 saree orders a day on the platform. Next year, Ankit expects, women’s clothing, furniture and large appliances to come into their own.  Of this, furniture is one of the segments the company is betting heavily on. Ankit said the supply chain is ready and has been tested with large appliance category. “With our combination of supply chain and Jeeves, we are hoping furniture will do very well next year,” he said. The company had acquired repairs and maintenance company Jeeves last October.

The industry has been abuzz with speculation on whether Flipkart would follow its subsidiary Myntra to become app-only. However, in November it launched Flipkart Lite, an extremely light mobile web browser offering an app-like experience. Mobile is contributing to 75 per cent of traffic and transactions and is also drawing in a majority of new customers.

However, Vignesh Ramakrishnan, the company’s smartphones Business Head, shared an interesting titbit. He said that traffic on mobile apps go up in the night and drops during the day when the traffic shifts to web. This could mean that a number of people are doing at least their discovery, if not purchases, on their desktops and laptops. It doesn’t make sense for Flipkart to then completely shut down its website, at least for the time being. But the mobile app will be the primary focus.

“Today three times more people use apps than desktop and that's an area where we have invested heavily and have lion's share right now,” said Ankit, when he was asked about Amazon recently announcing ComScore data showing it was ahead of Flipkart in terms of number of unique users.

“The desktop to app ratio in the country right now is 20:80 and that is where real business is and we are leaders there. A number of new users are coming on app and users are migrating from desktop to app.” He pointed out that features like image search and GPS-based content is possible only through mobile.

Despite small town push, top cities will remain in focus

The South is Flipkart’s largest region, though Delhi-NCR is its top metro. The company is seeing high number of orders from non-metros ranging from cities like Coimbatore in Tamil Nadu to Medinipur in West Bengal. The trends show that the cities remain Flipkart’s strongest market with sales in categories like smartphones, smart watches, gadgets, car accessories and the like.

To a YourStory question on whether Flipkart too will launch interfaces in local languages, like Snapdeal did earlier this month, Ankit said:

“Internet language is English. There will come a time when local languages become relevant but right now I don’t see the need. Right now lot of juice is left in cities where English is the main Internet language.”

This too is an indication of the urban focus that Flipkart has, at least for now. Ankit did not rule out a shift to local language later on, only saying that the shift will not happen in the “immediate future”.

Local brands will increase the number of and depth in categories

This is linked to the intent to expand categories Flipkart is present in. Other than in phones, the top five to seven sellers in all other categories were Indian brands, said Ankit. Not only this, many of the brands driving transaction numbers are small and relatively unknown. “In clothing, not just Indian brands, it is smaller Indian brands that are doing well. Most of them were manufacturers earlier and export the products. Now they have started making brands for India and are doing very well,” said Ankit, adding that this was the case in mobile accessories, car accessories and even in personal care.

For instance, the top seller in car accessories is Hisar-based Retina and the top sellers in television sets are Mumbai-based Vu Technologies and Micromax. To a question on whether he would launch international brands in segments where known Indian brands are not available, Ankit said:

The Flipkart customer is most likely a young, employed, single man

Over 70 per cent of shoppers on Flipkart fall in the 15 to 34 age group; about 50 per cent are single; and about 50 per cent are office goers. Added to that is the statistic that almost 70 per cent of shoppers on the platform is male. No wonder then that gadgets and auto accessories are doing so well on the platform. But women have begun to make their presence felt. As mentioned earlier women’s clothing has overtaken men’s and categories like fashion jewellery are doing well.

While it will cater to its current demographic, the smart people at Flipkart’s massive campus in Bengaluru will be preparing for when their core demographic moves to the next life stage. As the young men and, increasingly women, on its platform get married, climb up the career ladder and have kids, the products they demand will be different. The company’s already launched Children’s segment (37 per cent of Flipkart’s customers are married with kids) and is going big on furniture and appliances. It will not want its most loyal set of customers to look elsewhere when they ‘grow up’.