It’s a big dopamine release to hear a user say something positive about what I have built: Rohan Khara, Founder, Jabbercast 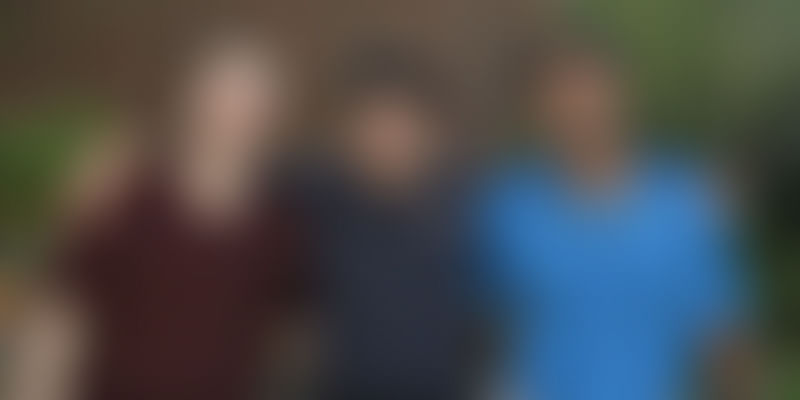 Up until December 2010, Rohan Khara had not listened to a single podcast and admits that he was ignorant of the entire podcasting industry. Now he heads one of India’s handful of startups that are dedicated to creating and producing quality content via this medium of audio storytelling.

On what got him started, Rohan recalls, “One day in December 2010 my friend Gustavo Bitdinger sent me a detailed email outlining the different problems plaguing the podcast industry. I whipped out my iPhone, fired up the native podcast apps and spent about six weeks binging on different podcasts. This is how I realised how everything which Gus mentioned in his email was true; especially the very first pain point: ‘Make it really easy to discover and subscribe to new shows.’”

He adds, “There is an intense increase in podcast consumption; there’s an annual $18 billion advertising market in audio programming which is transitioning from terrestrial radio to on-demand, mobile-based consumption. This is a huge opportunity for Jabbercast to capitalise on by redefining the podcast experience for content creators and their consumers.”

What emerged was a podcast player which differentiates itself from the rest by focussing on shareability. Rohan says, “While at a high level Jabbercast offers all the fundamental experiences that a podcast player should provide, our goal is to help anyone discover and share great podcast moments. Our secret sauce is a unique experience that delivers a daily mix of podcast highlights tailored to your interests while empowering you to share your favourite podcast episodes and ‘snippets’ with friends.”

He offers the numbers to back up his claims, “Currently, 46 million Americans listen to podcasts every month and this is growing by 15-25% annually. The daily average podcast listener listens to more than two hours of podcasts a day: more than any other form of audio. In 2014 itself, 7.5 billion hours of podcasts were consumed by listeners and this is going to touch an estimated 10 billion hours by 2016.”Podcasting is getting to where the Internet was a decade back. With a deluge of quality, even glorious, content users are skyrocketing. Yet, current apps offer little room for sharing and dissemination. Though the platform makes it increasingly easier for creators from any background to upload episodes, there is little-to-no room for users to share and discuss them on a common ground. Facebook or Flipboard are go-to sites for content sharing because of the ease of distribution. Rohan envisions Jabbercast to be a Flipboard for podcasts.

According to Rohan, shareability precedes discovery, something that should be easy and intuitive for podcasts in the first place.

Rohan explains, “Jabbercast’s current main differentiators are the rich visual slideshow on the player screen which provide a one-click access to web links to topics discussed in the episode and the integrated Twitter module which allows listeners to join the conversation around their favourite shows without having to leave the app. These two have been very well received by our early users. As a testimony, Nick Loper - host of the podcast Side Hustle Show – said, “Jabbercast destroys the Stitcher app.”

The long-winded route to entrepreneurship

A Kolkata boy, Rohan ended up in Stanford University by way of Bangalore’s RVCE. After long stints at Microsoft in Seattle and Quikr in Mumbai he was itching to start something of his own. The startup scene in India excited him immeasurably, though there are less than a handful of people who are into podcasting full-time. Most of India’s popular podcasts are successful side projects. Rohan says, “Its early days for podcasting in India. We need a lot more shows like the well-produced India Startup Chat and we also need more podcast networks like Audiomatic.”

But the chance to be part of this ecosystem was thrilling enough to warrant a move back to Bengaluru, which he did in 2014. He explains, “The startup landscape in India back in 2010 was not even remotely as hot as it is right now. A lot of freshers, and also those with a couple of years of work experience, are now choosing entrepreneurship over a standard 9-to-5 job. Those who cannot escape the 9am-to-5pm due to their circumstances are thinking of how to effectively utilise their 7pm-to-2am. This is an incredibly positive sign because it helps build a stomach for risks, experience failure early on and get a real taste of what it takes to put together the building blocks of a sustainable business. Naturally, this has created more competition for hiring great engineering talent and more importantly, acquiring the customer’s attention and this in turn forces the entrepreneurs to become more innovative in their outreach to future employees and their customers. Overall, things are moving in a positive direction.”

Rohan’s partners-in-crime are Gustavo Bitdinger and Vijay Ragavan. The three co-founders met through university and work and share a strong common vision of how to elevate the user experience in this competitive industry. The Jabbercast team has intentionally refrained from active marketing and focussed instead on carefully curating a beta community of users. This is a bootstrapped venture. But Rohan says they are in talks with angel investors from the San Francisco Bay Area and the outcome appears positive.

Once the honeymoon is over...

For Rohan, the hardest part about becoming an entrepreneur was reconciling with the post-honeymoon stage. He says, “Once the honeymoon period is over, and the nebulous fantasy of an IPO or a billion-dollar acquisition makes way for day-to-day work, the constant companion of any first-time entrepreneur is the negative inner monologue which evokes self-doubt in everything they do. I suggest to not fight it. Make peace with it and keep moving forward. It’s going to be difficult and will take time but you will emerge a stronger person.”

But when compared with the best part, things don’t look quite so bad. He says, “The two things which are the most rewarding about a startup are working with smart folks and forging deep relationships with them; getting to work on a product which truly solves a problem and is loved by the users. It is a big dopamine release to hear a user say something positive about what I have built.”

Rohan says, “We truly believe in the transformational power of great audio storytelling. Audio has a certain intimacy that you just can't get with video or any other medium. That's why we’re so excited to be bringing podcasts to the mainstream.” This would explain his grand enthusiasm for Jabbercast’s future.

He expounds, “Our goal is to make the experience of finding and listening to great podcasts as easy as turning on your favourite radio station. Imagine getting in your car and pressing a single button or getting on a train/bus to work and just clicking play on your phone to start streaming stories from the world’s best minds that are insightful, thought-provoking, or just plain funny. We want millions more people to experience that via Jabbercast.”

For like-minded ‘rodeos’, the newbie entrepreneur offers straight shooting words: “Gone are the days when having just a ‘cool’ idea or building a product with a slick UI was enough to tag yourself an entrepreneur or raise funds. This is 2015: wake up and smell the coffee! You need to think about user acquisition from day 1. If you do not have a distribution strategy or at least some mental blueprint of how you plan to get real users, then you should find an answer. A lot of entrepreneurs are intoxicated with a ‘cool’ idea which does not solve a problem and the result, as is the case with any intoxication, is a bad hangover. In the early days of your startup, your users should 'love' your product/service. 'Liking' it is not enough. These users should not be your family members or close relatives. They are biased and may not give the brutally honest feedback which you need to hear to improve your chances of succeeding.”