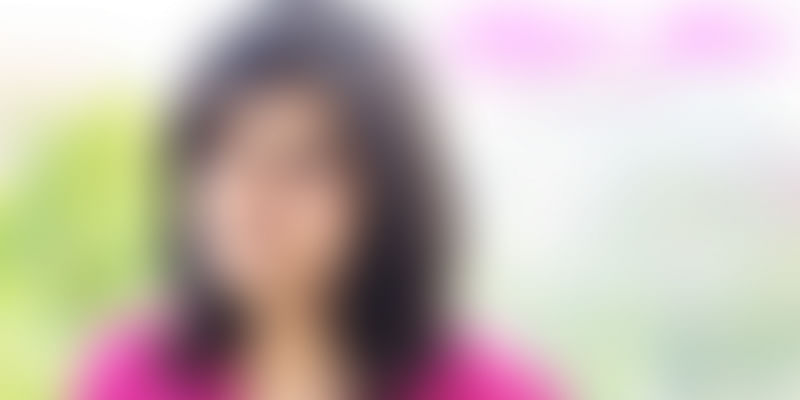 ‘Accidents that change us, make us who we are’

Kalyani Khona’s life has been defined by exactly that.

In 2013, as part of an exchange programme, she visited Brazil to teach underprivileged kids deprived of basic education. Her travels took her to Belem, a city notorious for its poverty and crime rates. At the same time, the protests against FIFA were on for the upcoming World Cup.

But fate, as we know, has its own erratic ways. One evening her bag, containing her passport, got stolen leaving her stranded while she was being chased by the criminal.

But Kalyani looks at it as an incident, rather than an accident and giggles

To me, it would be my biggest scare – a foreign place with no understanding of the language, with losing a piece of paper which validates my identity. But for Kalyani it was pure learning.

In my interactions with Kalyani, I know that she is an ardent follower of it. But there is more to her.

As an individual she always felt the need to start early, to get that clarity which will define her career in the future. As an outcome, Kalyani tried everything under the sun, from marketing to PR, by undertaking 20 different projects from 2012–2014.

She met a lot of individuals to understand what she really wants to do, where her passion really lay. Graduating from H.R. College of Commerce and Economics, Kalyani was always a topper in her batch. Her friends told her to follow the convention which all toppers do – sitting for placements and getting an MNC to hire you.

But that didn’t seem right to her. She says, “Everything small culminates into something big.” Somewhere, she believed that all her experiences are painting a bigger portrait for her, a portrait which she can proudly hold to call her own.

There’s a low side to every story – an anti-climax. In her case it didn’t lead to the end, but in fact fostered into something bigger.Looking at her friends settling into their new jobs, she also decided to accept one of the jobs offered to her. She wanted to travel one last time before she joined work – trekking the Himalayas at 14,000 feet for 20 odd days.

And so she let her second accident happen – the accident of thinking about starting up.

It’s been more than a year since that incident, and you will still find her saying how she is an ‘accidental entrepreneur’.

But her bravery didn’t stop there. She chose to start up with something she had zero knowledge about. She aspired to build a boutique matchmaking agency for the differently-abled.

She stood true to her philosophy of ‘everything is going to be okay’. To this Kalyani says,

“There needs to be a change, from sympathy to empathy, in the mindset of people. One should not feel bad and just help them cross a road. But rather stop and talk to them about how they feel today.”

During India Inclusion Summit 2015, held in Bengaluru, I saw her wheeling away Narayan, who is 40 and suffers from locomotive disability. A few months back, Narayan contacted her through an article of her in the media. He wrote her an email telling how he has everything he wants in his life, a prosperous career and a cozy home to come to, but what is missing is a person to comeback to. That lonely thought of Narayan struck Kalyani.

She rightfully says that every frustration comes from a social need which is not catered to.

In all this hullabaloo of knowing more about her, something struck me. The fact that she braves all this, while just being 22. She started Wanted Umbrella when she was 21. She tells me how she doesn’t know about disability and searches words on the Internet to understand more. In that moment her earnestness shines out.

So what does this entrepreneur learn from the second accident?

She giggles and tells me that “You can begin with zero funds, experience, and support and yet you are going to be okay!”

Loveability, is the name of her third accident. In 2015, she put her app on Wishberry, a crowdsourcing platform.

I ask her if that was really an accident. She replies ‘Yes’. “We believe that we get what we deserve. But what I want everybody out there to know is that, we need to ask. I stumbled on the accident to ask through Wishberry and I received so much love,” concludes Kalyani.

While concluding the call, Kalyani hastily asks my permission to excuse her. She says she has been running into meetings since morning. To which I ask ‘what meetings?’

Kalyani says she is a consultant to the Ministry of Social Justice and Empowerment and also one of the contributors to the Prime Minister’s Accessible India Programme.