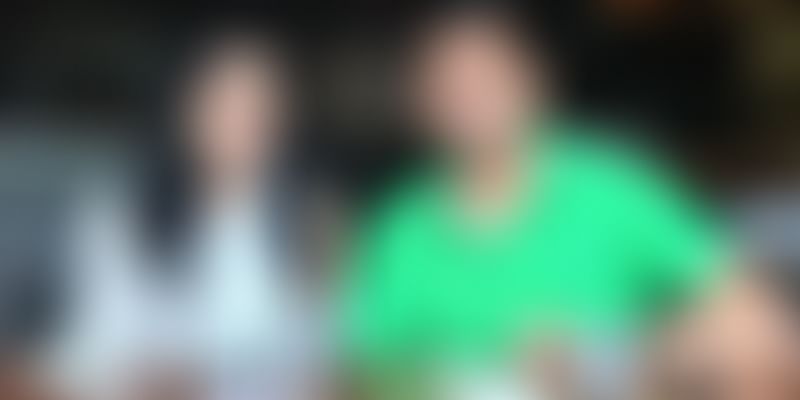 For most women, the onset of their monthly period is a depressing time, but Indian women can now paint their blues away with a more cheerful violet hue. Pune-based ‘The Violet’, founded by Yogita Muttha and Laukik Bothara, is a unique offering aimed at cheering women up during their period. Their online box subscription has samples of premium cosmetics, gourmet chocolates, fine teas and coffee along with period essentials, like pads and tampons. The product samples are beautifully packaged and the brands and flavours change each month to prevent monotony. For each box sold, The Violet team donates sanitary essentials to underprivileged women through NGOs like Swadhar and WRH.

Though the subscription market of India is expected to cross $ 18 billion, and is growing at 25 percent this year, as per Forbes, a premium box subscription in the menstrual supplies segment does not have many players and there is no market leader at this stage. Being Juliet is a similar brand that has been around for a year. New York-based cosmetics subscription brand Birchbox and UK-based PeriodBox, which offers boxes with sanitary essentials and hand-picked goodies, are the well-known international players in the field. Fab Bag and MSM Box are two of the successful names in the Indian subscription box segment. Says Yogita, “I believe that women in India deserve this kind of pampering. It is not surprising that similar businesses are so popular in many other countries. The feel-good factor that our box brings cannot be quantified.”

It’s a bit surprising to see a man in what is seen as a ‘for women’ ‘by women’ segment. Laukik disagrees, “My approach towards The Violet is that we are here to solve a real problem and create impact. Travis Kalanick from Uber did not feel underwhelmed when he was starting a taxi company as he too was solving a real problem. I believe that the only thing that matters is creating impact with your work. Also, The Violet is a product discovery box along with period pampering. Never before could you try different brands across cosmetics, tea, coffee, and chocolates in one box. I also see men as a target market. Men have already started gifting these boxes to their wives. In a country where even talking about periods was a taboo, it’s amazing to see that The Violet is driving social change with its pampering boxes and economic change through its TOMS’ style one-for-one donation.”

The Violet had launched its mobile app early this year as an e-commerce platform purely for feminine hygiene products. Yogita,26, and Laukik,28, got feedback from their customers saying they could buy the same products from Flipkart, Amazon, and other e-commerce sites. “We received suggestions to enter the period pampering space that is very popular in the US and UK. So the Violet Box was started and the app was called off,” explains Yogita.

The boxes are available in two options – ‘Fantastic’ and ‘Wow” and are priced affordably between Rs 1,500 and Rs 2,400 for a period of 3 months. Brands like Burberry, Forest Essentials, Ferrero Rocher, Lindt, Dancing Tea Leaf, Exalte, Black Bazza and Indian Bean, among others, feature in the boxes. They have tied up with these companies for specifically packaged tester kits for their boxes.

The brains behind ‘The Violet Box’

To best understand customers and scale up Violet, Yogita and Laukik drive and manage most of the work currently. They also have a tech team on a contract basis. They have tied up with Roadrunnr for deliveries in Pune and Delhivery for deliveries throughout India. They plan to add to the team soon.

A Symbiosis alumna, Yogita was previously a consultant with Ernst & Young and is a Chartered Accountant by qualification. Laukik was an associate at McKinsey & Company and was also a part of engineering and design team for the new World Trade Center in New York after the 9/11 attacks. Laukik has a MBA from INSEAD France and a Masters in Civil Engineering from the University of Southern California.

According to research, 70 percent of women cannot afford sanitary napkins even today. To tackle this problem, The Violet donates period essentials to those in need for every box sold. Yogita says,

The best part about our donation activity is its transparency. The Violet achieves this by allowing its subscribers to join them on their donation drives and experience the joy of helping deserving women. If women today start subscribing to companies like The Violet, it could solve the menstrual hygiene problem in our country.

The startup raised seed funding in May 2016 from an angel investor in Pune. They have already started reaching out to investors for Series A to scale up and plan to close the round by August 2016. Another revenue stream in the future could be the luxury brands they tie up with, who could use their box as an advertising tool and even launch new flavours/ variants through The Violet. Yogita and Laukik plan to enter the market in Mumbai, Delhi, Bangalore, and Kolkata by end of the year. Inspired by Ipsy in the US, social media marketing will be their primary tool in scaling up.

In India, 50 percent of the female population is in the age group of 15 and 45, which is over 300 million plus girls and women. Also there will be 60 million females that will enter adolescence in the next two years. With these kinds of numbers, The Violet hopes to leverage their first mover advantage to the fullest.