Becoming an entrepreneur is easy. Staying one is not: Nupur Joshi Thanks, founder, Paper Planes 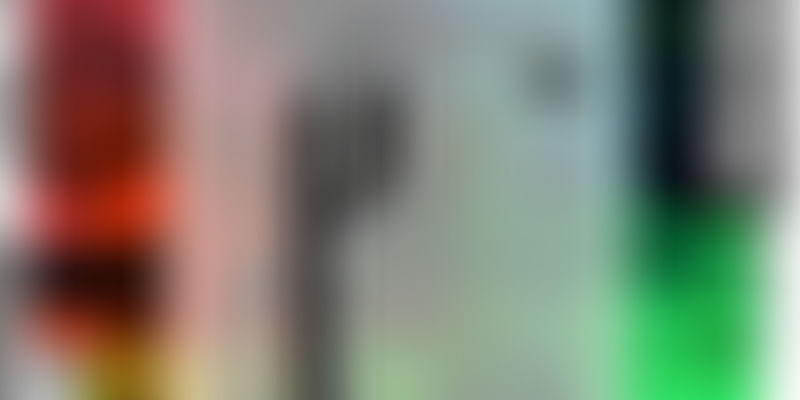 Nupur Joshi Thanks’s father worked in the public sector for most of his life and then in the private sector before starting his own business at the age of 59. Nupur says of the man who is her biggest inspiration,

His advice to me was that I should not wait as long as he did to do what I am passionate about.

So the corporate lawyer with a master’s degree from New York University’s School of Law, gave up her high flying job to start Paper Planes.

Paper Planes introduces readers in India to the best of the written word (in English) from around the world; gorgeous creative magazines that are reflecting a new trend in publishing in their home countries and defeating the monopoly of the web by focusing on quality long form content. More about that in a bit.

Giving up the security of a career wasn’t easy. “It certainly did feel like I was giving up too many years of hard work for something that may or may not work. But what really helped was this change in attitude of people in the country that now visibly supported new ideas and the entrepreneurial spirit. That made it easier for me to decide to take this chance and as clichéd as it may sound, hope for the best while being prepared for the worst,” she remembers.

Fear of missing out

Nupur’s craving for change was fuelled by the fear of missing out (FOMO) on life rather than a particular entrepreneurial idea. She says,

After five years of being at a desk job, a sabbatical was in order, which meant lots of travelling and plenty of reading. It just seemed too much was happening around me and I was missing out – FOMO  was really the trigger for the sabbatical.

It was during these binge-reading sessions that she chanced upon an indie magazine and was introduced, for the very first time, to the idea of independent publishing. “These magazine were nothing like what I had read/seen before, both from a design as well as the content perspective. The content was both fresh and bold – a ‘magazine of possibilities’ from Beirut aimed at introducing people to the new Arab world; ‘an everyday interiors magazine’ from Barcelona that takes you inside the homes of creative folks as they live in it, i.e. sans any materialistic touch-up; a long-form interview magazine from Berlin that introduced you to the most exciting minds in the creative industry,” she elaborates.

Not only were these titles not available in India, the cost of shipping them over was so prohibitively high that it effectively prevented the development of any readership base. “The only way to make shipping economical was to order in bulk, which would get us a wholesale discount from the publishers. Given that there was no one really stocking these magazines in India and to feed my own need to keep reading these magazines, I gathered there was an entrepreneurial opportunity. So I just went for it,” she recalls.

Nupur did do her fair share of research and conducted surveys but admits that her conviction was so strong that she would have gone ahead with her idea even if the numbers weren’t in her favour. “I knew by then that no matter what the results of the survey, or the numbers we crunched, I was going to do this on account of my conviction that this print deserved a much larger audience,” she shares.

Nupur went with the name Paper Planes because the whole idea of her startup is to champion paper and the written word. “Besides the one place I always took a magazine to read was on a plane,” she laughs.

To counteract the near-defeating expenses of importing these magazines, Nupur is experimenting with a different kind of subscription based business model. “We invite subscribers to join us on our journey of discovering new and exciting indie magazines from across the world – with one new magazine title every month. True to the nature of discovery, you never know which title will turn up at your doorstep, which adds to the fun.” It’s the ideal way to discover a wide variety of publications. The subscriber can, of course, indicate the genres of their choice at the time of signing up. “This allows us to send them magazines based on their reading preferences. For those who like to take their adventure seriously, there is also a ‘Surprise Me’ option – where genres don’t limit the possibility of the magazines they can receive during the subscription period,” Nupur explains.

India too has a budding yet thriving, indie publishing culture, and these magazines are available for sale on the website. “There are currently very few good Indian indie titles in the market, the Motherland (culture magazine), Kyoorius (visual culture magazine), and Lovebird’s Showroom (poster art magazine). Each of these titles are also available on our website, and we are soon going to add the zine published by the lovely people at Gaysi Family to our store too,” she adds.

Corporates too are embracing the niche

The magazines that Nupur hopes to introduce to Indian readers are niche reading in their home countries. To base a business model around their popularity in India seems excessively risky. But she has a clear vision. “Magazines have always been a big part of the reading culture in this country – just see the number of titles that line up the magazine shelf of any half-decent bookstore or local newspaper stands, and this includes regional language magazines as well.

“We are seeing people from all walks of life coming on board; there are CEOs of funds, musicians, journalists, creatives, professionals, and they all have one thing in common: their love for the printed word and a curious mind. Our slowly but steadily growing list of subscribers is an indication that we are doing well so far. Corporates such as Whirpool and Landor have also recently come aboard our subscription service, which we believe is a reflection of the quality of magazines that are part of our repertoire,” she says.

Paper Planes’ maiden year confirmed Nupur’s beliefs about the industry’s growth potential . “Now it’s time to step on the gas,” she says decisively. “In 2016, we are hoping to go across as many metros as possible in the country, meeting likeminded readers at popular art, culture and design events in an effort to increase awareness of our niche service and, of course, increase our subscriber base. We are also looking to focus on customising our service for corporates (in particular, creative agencies/studios) and design institutes, where we believe our service may find more per-capita intensive readers under one-roof, given how these entities in the creative field and their personnel always look forward to be inspired professionally.” On the online store front, she wants to make Paper Planes a one-stop shop for every exciting Indian indie out there by sharing something new.

The easy and the not-so-easy stuff

Paper Planes is bootstrapped from Nupur’s own savings and she is, for the time-being, running it on her own. She employs two freelance writers to keep the blog lively and current, but does everything else herself. She says, “Becoming an entrepreneur is easy. Staying one is not. Given that it’s only our first year afloat, it’s too soon to label anything as a failure, really. Sure, we faced and continue to face a lot of challenges – for one, working out of home is not an easy option in India. There are registrations and other legal formalities that mandate an office space, stretching the budgets for startups.”

Money makes money, and that is a reality that every self-funded entrepreneur should firmly grasp before undertaking any project. “My initial estimates changed several times in this first year, which was initially disappointing, but finally I have learned that this is the way of business and one must be prepared to re-write plans as you go along.”

As simple as it may sound, understanding that this is not some cookie cutter stuff, where you live and die with the initial projections and assumptions (however well prepared and professionally assisted these may be). “It is when you truly liberate yourself and gear up for the adaptiveness that you need to show to effectively combat the new curve balls that an entrepreneurial journey throws your way,” she says

Nupur is confident of exciting times ahead for Paper Planes. Her refreshingly honest advice for aspiring entrepreneurs is,

Keep your day job if you can. This will give you the courage to take more risks. Also know your audience and do your research thoroughly. If you are not doing something they need, then what you are doing is a hobby and not something you want to put your hard earned money into.