Conquering the world of e-com is like climbing a mountain: Flipkart CPO Punit Soni 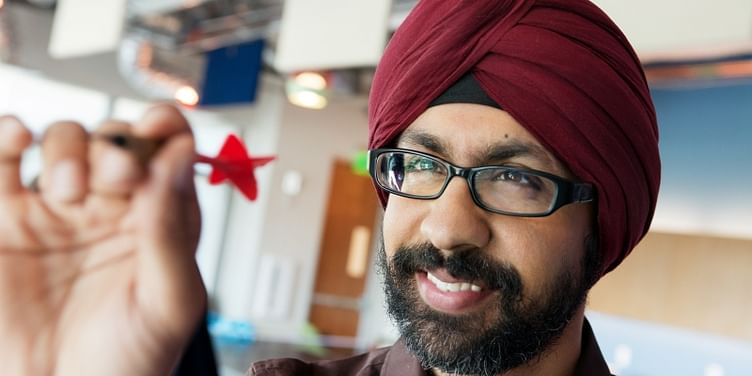 “The summit was visible. The curve of the climb leading to the summit was right before us. We were only 700 feet away, and yet we were faced with one of the most difficult decisions any mountaineering team has had to face after being so close to the summit - Should we go ahead or do we turn back? Our teammate, who was suffering from Pulmonary Edema, had no choice but to turn back, but the decision rested on us. ”

Punit Soni is talking about his experience in trying to scale the summit of Cotopaxi. At more than 19,000 feet, in Ecuador, it is believed to be one of the world’s tallest active volcanoes.

To the average Joe, Punit Soni is the CPO of Flipkart, a $15 billion firm and one of India’s largest startups. It has been a long journey for the son of a scientist at the Baba Atomic Centre, Mumbai. For Punit, it wasn’t about Cotopaxi or the climb or even the summit. It was about pushing his limits. It was about learning about himself in the stark and real situations possible.

Today, as the CPO of Flipkart, Punit believes that trying to conquer the world of e-commerce is no different from summiting a mountain. There are different challenges and complexities one needs to deal with on a daily basis. Maybe the Big Billion Days was one such occasion. In his blog, Punit speaks about his experience in heading out for deliveries. He says:

I remember sleeping a total of 15 hours in those five days and being slightly disoriented from all the midnight countdowns and afternoon naps on bean bags. So to some extent being out in the mellow Bengaluru sun felt good (in about 15 mins of being outside, I felt like toast). In a whirlwind six hours, I met chartered accountants, engineers, construction workers, delivery folks, home makers, kids, security guards. Went to warehouses, construction sites, a school, a high end furniture startup, and some apartment complexes.

For Punit, it has always been about learning new things and testing his limits. The journey began when he decided to step out of his comfort zone and do his Masters at the University of Wyoming, in the US. From a bustling city at sea level to high plateau land surrounded by the Rocky Mountains, Wyoming changed Punit’s perspective on life.

“I remember walking into university to get my ID and a passerby smiled at me. It was a new experience. I guess if a fourth of a population lives in one region, everyone knows everybody else,” says Punit. While he followed the well-trodden path of finding a job in the Bay Area after graduating, Punit knew he had to do something else and something more.

The reality of being another person of Indian origin with great GRE and GMAT scores with a background in engineering and working in the Bay Area just didn’t appeal to him. He kept asking himself what it was he could do and wanted to do.

“I knew I didn’t have the academic pedigree, but I wanted to join one of the best management schools and work with some of the best academic minds. So I decided to join Wharton Business School. For that, I knew I had to become a well-rounded person,” adds Punit.

It was this drive to challenge and test his limits that led Punit into the world of mountaineering. And to that day on the slopes of Cotopaxia. While he joined mountaineering as a part of the leadership programme at Wharton, it turned out to be something bigger than just a test of mettle and leadership. In such situations, people are stripped of all kinds of pretenses and cloaks. There is nothing but stark reality in front of you.

Standing so close to the icy summit, there were a few possible scenarios –one was to send his teammate with Pulmonary Edema with a group that was descending. The next option was to leave him at high camp while the others summitted and came back. The third was to give up the climb and get back, and the last option, chosen only in extreme mountaineering situations, was to leave the person behind.

They knew one thing if even one of them couldn’t summit, none of them would. They decided to turn back. For their descent with their unwell team member, they decided to create something called an express engine. One individual would hold the shortend of the rope and another would hold the long end. The one with the long rope would pull and the other would keep the guy standing as they all descended.

“I failed a lot on the mountain and failure on mountains is very concentrated, condensed and very stark. It taught me several things; one was that there is no such thing as failure. The other was it taught me to be a very connected human being. If you’re in a leadership role, you are actually riding on the efforts of a larger team. And one of the most important lessons of mountaineering is decision-making,” says Punit.

But it wasn't just mountaineering that taught him to learn from failures. There have been highs and lows even in his corporate journey.

The teachings of a seven-year-old

But mountaineering and Cotopaxi was just one curve in a long line of different attempts to push himself. When Punit decided to test his limits, he decided to learn and try different things, and physical pursuits like marathon runs and mountaineering were just one aspect. The other aspect was learning Child Psychology. From engineering to psychology? Punit says it was a subject that fascinated him and in order to learn more about himself, he enrolled in a course.

It was during this time he met Dominic, a seven-year-old boy from a disadvantaged background. It was an odd situation where a child of Hispanic origin was placed with an Indian-born engineer. “I possibly learnt more from Dominic than he could learn from me,” adds Punit.

Even today Punit is in touch with Dominic and he believes this to be something great and magical. Dominic is the first kid in his neighbourhood to have graduated high school. He currently is pursuing his undergrad in the UCLA. "I don't think I have accomplished anything bigger than this. There is a special connection with this kid," says Punit.

Also read: Pemba Gyalje Sherpa – A story of heroism and survival on K2 the Savage Mountain

It was this attempt at several different subjects and pursuits that have made Punit.

He says, “I am not the kind of person who sits on the fence, I believe in taking a call. Over 80 percent will be right and 20 percent will be wrong, and I am ok with it. It’s better to be wrong and then correct yourself, than just sit on the fence and do nothing. I have faced some very intense situations, where you need to make decisions. And I’ve become very comfortable with them.”

Punit says that the single biggest source of frustration he faces is when people tell him that they can’t do something. “I don’t understand how that is even possible. If you really want to do something, you will find a way,” he adds.

Things happen because you can. Punit says he was rejected by B-schools and nobody would give him any thought or time. But in the third attempt he got through. He says this is because you really can. There is a balance between failure and success if you believe in yourself.

"What I do is not great product work but its great people work. Sometimes I walk into office and see people working together and wonder what makes these people tick and work together. While the end is the same, why is everyone together and working on one goal? It's then you realise that the magic that is created when like-minded people come together to solve a mission is something that is breathtaking. It's this magic that creates the product output," says Punit.

It’s not a test it’s a sales event

In most cases, people think they’re going to give a test. Punit believes, that’s a wrong attitude. He says you’re going there to market yourself.

“You need to walk into anything in life believing you’re in control. Whether it is getting on stage and talking to thousands in front of you or an interview or a team meeting. You always know more about yourself. You need to internalise rejection to realise that they are just events that show the best of yourself,” says Punit.

The summit of Cotopaxi might be far today, but it possibly has taught him more than any classroom could.