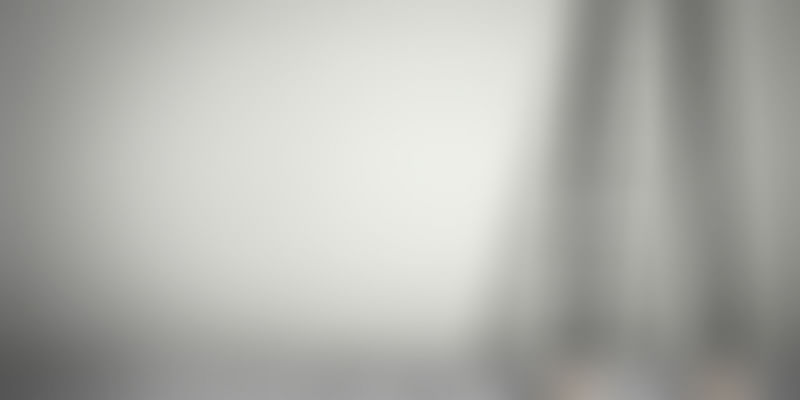 Vikraman Saranyan is Vice President at IKP Knowledge Park and COO at IKP-EDEN, an incubator and makerspace based in Koramangala, Bangalore. Previously, he was with Strand Life Sciences. He holds degrees from the Indian Institute of Technology, Madras, and the Fuqua School of Business, Duke University. He has extensive experience in innovation grants management and due diligence for early-stage-technology investments in the healthcare domain.

Vikraman joins us for this exclusive interview on IKP-EDEN’s vision, current startup profiles, opportunities for hardware startups, and recommendations for policymakers.

YS: What was the founding vision behind IKP-EDEN, and how is it supported?

VS: IKP-EDEN™ is an initiative of IKP Knowledge Park (IKP), a Section 25 company, registered in Hyderabad. Our goal is to build an innovation ecosystem. EDEN stands for Engineering Design and Entrepreneurship Network. Bangalore has the largest number of startups, entrepreneurs, and pool of innovators who are potential entrepreneurs. This is why we chose to be here. There are several other software incubators in the city, but very few support hardware product companies. We hope to build a pipeline of the next generation of entrepreneurs. This is why we set up IKP-EDEN™.

IKP has a 200-acre campus in Hyderabad that hosts nearly 50 companies, and employs 3,000 scientists. The Hyderabad campus is profitable, and as a Section 25 not-for-profit, IKP is supposed to reinvest profits to further build the ecosystem. IKP-EDEN™ in Bangalore is supported by IKP Hyderabad.

YS: Which companies have been admitted so far?

YS: Who are the managers and leaders at IKP-EDEN?

VS: We have a diverse and highly qualified team at EDEN. N. Vaghul is former Chairman and Board Member of ICICI Bank. Bala Manian is a Chief Mentor and serial entrepreneur from the Bay Area. MK Bhan, is a former Secretary, Department of Biotechnology, Government of India and Sharad Sharma, a Board Member at IKP, was formerly CTO at Yahoo India, and CEO at AT&T India.

Deepanwita Chattopadhay is Chairman and CEO of IKP Knowledge Park. Vineet Punnoose holds degrees in electrical engineering from IIT-Madras and public policy from the Indian Institute of Management, Ranchi. Ranajit Sen is a startup mentor, and ex-VP of Shantha Biotech (now Sanofi Pasteur). Rajesh Rai is an angel investor and ex-CEO at India Innovation Fund.

YS: What would you say are the top opportunities for Indian startups?

VS: In the hardware space, it has to be consumer electronics, healthcare, transportation and waste management.

YS: What are the key challenges faced by startups in India?

VS: Since we are focusing on hardware startups, we would have to say:

YS: What is the selection criteria for startups in IKP-EDEN?

VS: IKP-EDEN™ serves as a hardware product incubator, a co-working space, and a shared makerspace. We have a selection procedure to include startups in the incubation programme. A technical advisory group evaluates the proposals on a monthly basis and decides if a startup is suitable for the incubation/acceleration programme.

There are no selection criteria to allow startups and individuals to start using the co-working space and makerspace. During this time, we enable startups to build a product prototype (or product development plan), a business plan, and then ask them to apply for the incubation programme.

YS: What support and services do startups receive at IKP-EDEN?

VS: IKP has a long history of incubation, and early-stage funding for startups. Our portfolio, including physical incubation and early-stage funding, should be upwards of 125 companies. We have one of the best makerspsaces in Bangalore, and possibly in India. We also have a strong in-house team to help train you participants with our lab equipment.

YS: What kinds of IP are being created by your startups?

VS: Some companies have patents, others have trade secrets. As we are a hardware product incubator and accelerator, there is considerable IP protection that goes into each of the products.

YS: How would you differentiate IKP-EDEN from the other incubators in the field?

VS: Our hardware focus, and the makerspace inside are our biggest differentiators. We are also a very hands-on team. We are conducting workshops and training for students in colleges and schools to build the pipeline of future entrepreneurs.

YS: Who are some of your partners and how do you work with them?

VS: We have several partners: IBM, Amazon, Becton Dickinson, Medtronic, Bosch, PubNub, Bill and Melinda Gates Foundation, USAID, DFID, ICRC (Red Cross), Department of Science and Technology, the Department of Biotechnology, and the Government of India. Locally, we have partnered with Workbench and IoTBLR as part of the Enable Makeathon. We are also co-hosting events with HeadStart, IoTBLR, Random Hacks of Kindness, and most recently, Makerfest.

YS: What would you define as success for IKP-EDEN?

VS: Short-term success would be building a buzzing ecosystem with 50-60 startups, each of them helping each other out, and us enabling them with the right connections to help with fundraising, manufacturing and distribution channels. A self-sustaining incubator is a rarity in the Indian scenario.

Mid-term success would imply three-four hardware startups getting into the ‘unicorn’ bracket in the next four-five years.

Long-term success for IKP-EDEN™ would be to develop several such centres, and make India a strong product nation (possibly in the top three) in the hardware space. This will be achieved by building a pipeline of innovators, and hence a pipeline of startups.

YS: How do you compare and contrast India’s incubators with those of other countries like the US and China?

VS: We are doing our best to match the incubators in the US and China. We should understand that we are starting well behind where they are right now, and working towards setting up better services and offerings. We are quick learners, have a very motivated team, and we will continually work towards emulating BOLT, Lemnos Labs or TechShop. A successful incubator depends on the ecosystem it has set up and is operating in. Bangalore has huge potential, and this is why the first centre was set up here.

YS: What are your plans for the coming years with respect to new startups?

VS: We have just set up our facility in Bangalore. We are getting a lot of feedback from our first batch of customers and it has been extremely positive. The facility, space, and infrastructure have received good feedback.

We will now start with our other hand-holding services around mentorship, fund raising, manufacturing, and distribution. We have one of the best advisor pools in the system, and we will be able to roll out the services given our experience.

YS: What are your recommendations for Indian policymakers to make business easier for incubators, investors, researchers and startups in India?

VS: I keep hearing of a single-window system, but I have had to personally apply to each agency separately. Sometimes, it is useful that the agencies are separate, but sometimes it is too tiring to follow up. I hope that type of bureaucracy will end soon enough. There has to be better protection for IP. A small company will never be able to fight a larger company, which can afford a legal team.

We need more interactions as ideas have to be vetted by as many people as possible. Lack of protection of IP is the reason we have very little collaboration.

YS: What are your recommendations to startups and entrepreneurs in our audience?

VS: Know your strengths, and weaknesses. Find co-founders who complement your strengths and weaknesses. Get regular feedback. Feedback can be from friends, potential customers, mentors, advisors, and even those you do not know. Don't hesitate to go back to square one. Fail early, fail often.

Time is the most important resource we all have. You have to prioritise all the time.. Keep a set of trusted mentors in your circles. It is better to learn from their experience than from your own and meet as many people as you can!