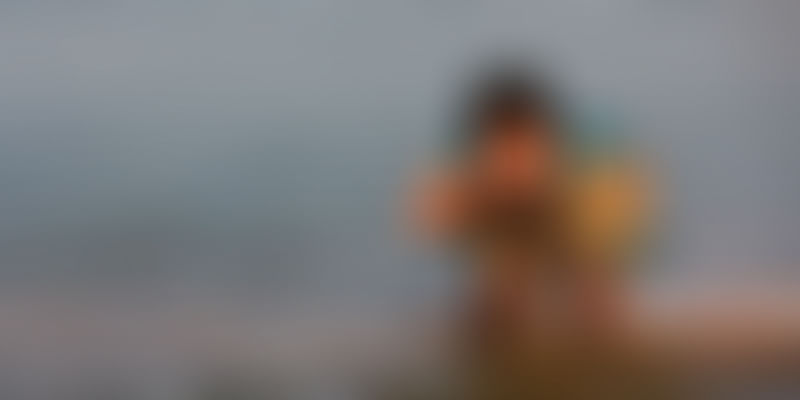 While Gangotri focused on water desalination in eastern and southern India, Mandakini utilized a very similar technological underpinning in collaborating with the Gujarat government to address the needs of western and northwestern India, as well as southern Pakistan.

Gujarat is home to one of the longest coastlines in all of India at 1,600 kilometers, a third of India’s total. From the Runn of Kachchh to the northern tip of Maharashtra, this highly industrialized stretch of land houses numerous ports and the world’s largest ship-breaking yard, at Alang. Furthermore, it is strategically located to address the needs of the water dispute-ridden India-Pakistan border, making it the perfect place to situate a venture positioned to function as a water diplomat.

These already tenuous negotiations were only further exacerbated when, in October 2008, Pakistan threatened nuclear war after Indian prime minister Manmohan Singh inaugurated the controversial 450-megawatt Baglihar hydroelectric project over the Chenab River, which flows from Indian-administered Kashmir into Pakistan, where it is a central irrigation artery.

Aspiring towards calmer days in this politically charged backdrop, the Gujarat government chose to partner with us on the Mandakini project. Further partners revolved around relationships built on Gangotri. First was Hyflux, the same Singapore group involved in Gangotri, and with the backing of many of the same bankers, we began breaking ground. With an investment of $4.5 billion, the first of our seawater reverse osmosis (SWRO) plants was built in 2013 in Mandvi. Its three million cubic meters per day water generation capacity was enough to support the freshwater needs of nine million people throughout the villages of Kachchh, the cities of Saurashtra, and along the river basins of the Saraswati and the Sabarmati.

In parallel, the Gujarat government negotiated several important agreements. With Rajasthan, it proposed to create a canal linking the Luni and Chambal rivers in Rajasthan with the Saraswati in Gujarat. Furthermore, it agreed to dredge and extend the Saraswati River to connect with the network of desalination plants along the coast. In turn, the Rajasthan government would create a canal system to transmit the water from Gujarat into its desert interior. Suddenly, throughout western India, dead rivers revived, gushed forth, spawning greenery and giving life.

With this tailwind behind our project, the Indian government entered a more complex negotiation with Pakistan in 2015. India offered to create a canal system, making desalinated water from Gujarat available to Pakistan. From there Pakistan would need to complete the domestic portion of the canal system in order to distribute the water to its heartland. But this would be a prohibitively expensive effort, unachievable without the participation of America. CNN announced one fine morning in March 2016 that the United States had offered to finance both canal systems in exchange for nuclear disarmament.

The Mandakini desalination plant network became one of the most vital components of the India-Pakistan peace process, attracting both international attention and financing. In the ensuing ten years, the United States invested some $22.5 billion in a historic escalation of its aid to Pakistan. Prior to this, US aid to Pakistan had been limited to the war against Al Qaeda. And most of this money was squandered by Pakistan’s corrupt government, often ending up in the wrong hands, including Taliban coffers. Mandakini, to the contrary, was clearly the right hand. It would bring water to some 27 million people in southern Pakistan from three desalination plants in Mandvi, Mundra, and Kandla. It would bring agriculture, drinking water, and industrial supplies to an otherwise arid region.

Another major breakthrough in the India-Pakistan conflict was achieved around the Chenab River water. The International Court of Justice in the Hague ruled in favor of India, allowing it to complete the Baglihar hydroelectric project, as long as India ensured that Pakistan would face no further water shortage because of it. This was primarily due to a presentation at the Hague court on India’s plans to take an active role in solving Pakistan’s water problems. The presentation, given by the Indian foreign minister and the US secretary of state, highlighted the role of the Mandakini water desalination project as a key strategic piece of the diplomatic puzzle. It was water diplomacy at its best.

By 2018, four three-million-cubic meters per day desalination plants were fully functional in northern Gujarat. The customers of the plants spread from the states of Gujarat and Rajasthan, to the province of Sindh in Pakistan. But the impact did not end there. In 2020, these four plants service the needs of more than 36 million people, and our multi-billion-dollar water diplomacy enterprise has become the most coveted growth stock in history.