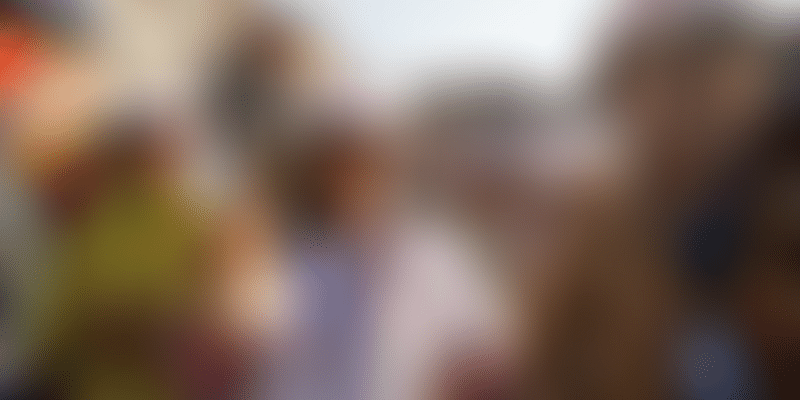 India has the third-largest number of people living with HIV in the world, approximately 2.1 million. Thanks to an inflow of funds and the initiatives taken by the government, communities, NGOs, and individuals, the past decade has seen a 50% decline in the number of new HIV infections. But the battle is far from won.

Despite the progress made, India still accounts for most of the estimated 3,40,000 new infections in the Asia-Pacific region last year. Estimates also show a global reduction of almost 90% in funding towards the war on HIV over the past three years.

HIV/AIDS is not just a battle with the virus, but also a battle for dignity. The social stigma associated with those infected, the lack of sex education, and the general neglect towards the LGBT community and their rights add to the problem.

Although much more needs to be done, we present to you a list of five organisations which have actively worked over the past decades in helping us reach where we stand today. The list is far from being exhaustive, but we hope that on the event of World AIDS Day, it will help us start a meaningful discourse on what more needs to be done to make India HIV free and make lives of those living with HIV better.

NACO was established in 1992. It is India’s nodal organisation for formulation of policy and implementation of programmes for prevention and control of HIV/AIDS. NACO has spearheaded India’s fight against HIV and continues to do so. It also runs Suraksha Clinics in many district hospitals across India to address the need for prevention of sexually transmitted infections and reproductive tract infections.

The first phase of the NACO Programme, between 1992 and 1999, was focussed on initiating a national commitment, increasing awareness, and addressing blood safety. During the second phase, which started in 1999 and ended in 2006, NACO continued to expand its programme at the state level, and focussed on increasing safe behavior and reducing the stigmas associated with HIV-positive people. In the third phase, NACO has scaled up targeted interventions in order to achieve a very high coverage of the most at-risk groups, especially through partnerships with civil society organisations and NGOs.

The Naz Foundation (India) Trust is an NGO which was founded in 1994 by Anjali Gopalan. Since then, it has used a holistic rights-based approach to fight HIV, focussing on prevention and treatment. Their primary recipients are the marginalised section of the society. They have been battling HIV by reducing stigma, improving health, and empowering families.

Naz Foundation provides a variety of services to members of the LGBT community who are suffering from HIV/AIDS, including programmes for men having sex with men, home-based medical case, and education services. They also run a Care Home for orphaned children with HIV/AIDS and an outpatient health clinic in New Delhi. They also conduct programmes that support underprivileged girls in India.

Avahan is an initiative sponsored by the Bill & Melinda Gates Foundation to reduce the spread of HIV in India. The initiative was launched in 2003 and, since then, it has provided funding and support to targeted HIV prevention programmes in six Indian states. As of July 2009, the foundation had committed nearly $1 billion for health and development projects in India.Avahan’s primary prevention techniques have included training social workers to do peer education, funding sexually transmitted infection testing and treatment, distributing condoms, forcing communities who receive any aid to take total responsibility for the management of that aid, funding social media to reduce stigma associated with sexually transmitted infections, and fostering access to HIV care and treatment.

Founded in 1999, Alliance India is an NGO working with the civil society, government, and communities to support protect rights and improve the health of those suffering from HIV, especially the marginalised, who are the most vulnerable to social stigmas.

The organisation has strengthened and built the capacity of over 200 community-based organisations to organise HIV prevention programmes in 17 Indian states for more than 4,50,000 members of the LGBT community. It has also established care and support centres to expand access to essential services, increase treatment adherence, reduce stigma and discrimination, and improve the quality of life of people living with HIV.

Solidarity and Action Against The HIV Infection in India (SAATHII)

Founded in 2000, SAATHII is an NGO which supports the government, civil society, and the for-profit sector through technical, operational, and financial assistance to strengthen and expand their HIV/AIDS services. The NGO also helps them through advocacy, research, knowledge sharing, and networking.

Working across India, SAATHII has reached out to over 1.2 million pregnant women and counseled and tested them for HIV, and has trained over 18,000 healthcare providers. It has been working phenomenally in eliminating pediatric HIV, community development of LGBT, strengthening of health system, and providing care, support, and treatment to those suffering from HIV.