Applicate secures $1M for its mobile based 'distribution e-commerce' platform 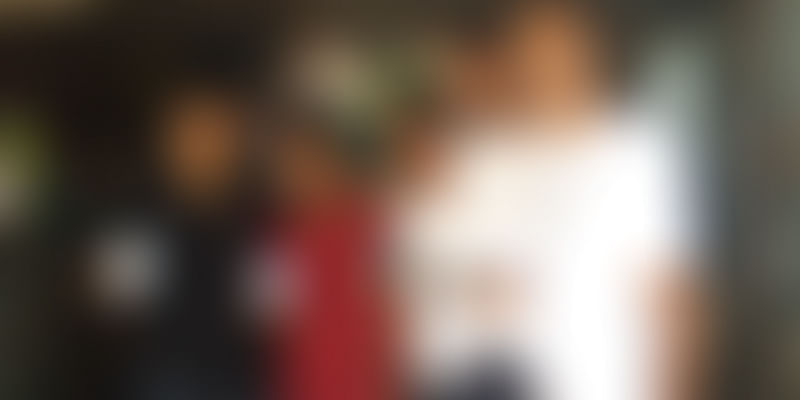 Bengaluru-based startup Applicate has secured a bridge funding of $1 Million from its existing investors. The startup is currently focusing on its mobile-based distribution e-commerce platform for offline retailers and online sellers- ‘Trade GINI’. Applicate was cofounded by Ranjeet Kumar and Deepak Rewadi in 2014.

The founders were colleagues at Hindustan Coca-Cola beverages with Ranjeet (43), heading the Rajasthan operations, and Deepak (45), heading the Madhya Pradesh operations. The duo soon realised the potential for a tool to maximise productivity and in June 2014, quit their jobs and began building up on the idea. They then launched EXEED, a 'uni-channel platform' to transform the sales, service, marketing and distribution functions of organisations with large teams.

After tasting success and getting businesses on board, the startup raised Rs 3.5 crores in angel funding in May 2015 from 12 senior corporate professionals, including Amit Gupta, a VP at Urban Infra; Rajiv Nayan, a Director at TCS-Canada; Rishi Vasudev, a VP at Flipkart; Vishal Chaddha, Head of advertising sales at HT Media, and Rakesh Mishra, MD of Ravian Pharmaceuticals.

The startup's latest product, 'Trade GINI', is a mobile based supply-on-demand platform for offline retailers and online sellers. With this demand aggregation platform, Applicate aims to help retailers buy goods from any company or supplier of their choice and get all the required information on product, price, promotion and discounts along with a help desk to escalate any unresolved issues.

The startup claims that Trade GINI is already being used by more than 4,500 retailers who are interacting with more than 130 suppliers across categories and companies to place their orders through the app. Since their launch in early 2015, Applicate had partnered with companies such as Kelloggs, Britannia, Marico and MTR and are now getting them on their Trade GINI platform. Talking about their target market and response so far, Ranjeet added,

The concept has been validated across different market segments-Gurgaon(Metro), Jaipur(Mini Metro) and rural areas of Rajasthan and is currently, focused on food, beverages, and personal care in FMCG industry and mobile Accessories as a representation of largely unorganised distribution industry.

Trade GINI is free for the retailers and the startup aims to monetise by charging suppliers in the near future. Applicate themselves cater to end-to-end sourcing and supply for some product categories like mobile accessories, as an added source of revenue. In the long run, the startup aims to start its own private label for some product categories.

To give a customized buying experience to different customers across industries, Trade GINI has developed an intelligent user interface algorithm ‘RUBI’(Relevance and User based Interface) that changes the app user interface, information and data as per the customer type and relevance. For example, a retailer registering as a mobile accessory dealer will have a completely different interface than a retailer registering in FMCG category, customized to the specific buying behaviour of retailers in different industries. Speaking about this, the startup's CTO and Co-Founder A. Madhusudan said,

Unlike the one-size-fit-all interface of consumer e-commerce apps, bulk and regular buying customers want to see things related to their category rather than trying to find what they want from a clutter of unrelated stuff. With ‘RUBI’ we have created an intelligent app interface, customized to the user’s buying experience based on industry type, category, location, and other related variables.

Applicate aims to provide for the buying needs of more than 18 million offline retailers and the exponentially growing community of one lakh online-sellers by aggregating demand on one side and allowing companies and suppliers to reach retailers without having a physical distribution network. About the challenges, Manish Singhai, VP Madura Garments(one of Applicate's customers) said, “It takes years for any company to create a strong distribution network. If a platform can reduce the go to market cycle by connecting companies directly with the retailers, it will have transformational impact on business.”

Ranjeet considers the potential and scale of the opportunity to be huge, considering that 90 per cent of the $500 billion retail market is still being served by small retailers. He sees that global players such as Amazon too are looking for and attempting to solve these problems. He said, "Amazon is trying to attempt something in this sector, but that is primarily a cash and carry model, where they make their services available online. On the other hand, we are making a complete demand aggregation with suppliers."

Naveen Rana , a founding team member who heads Trade GINI's operations said,“We are doubling our revenues every week, with the planned scale up in NCR and other cities we will cross an average of 1 crore of profitable revenue (not GMV) before the end of 1st half of 2016”

Applicate currently consists of a team of 55, including the technology and sales team and they plan to add another 100 across sales and operations in the first half of 2016. Ranjeet, Co-founder of Applicate said,

As a part of our strategy we had planned to test the concept and its relevance across different market segments and industries so that we can prioritise our resources and investments before scaling up. We have been able to create a unitised model of scale up which becomes self-sustainable at OPEX level within 2-3 months of operations.

While e-commerce has gained popularity in India, the end user experience is far from perfect with delayed deliveries and unavailability of items. Local commerce too is highly fragmented and inefficient with capital and manpower intensive offline distribution networks. For both e-commerce players and local retailers to survive in the long run costs need to be brought down and distribution networks more transparent and clutter-free.

With a mobile app only platform, Trade GINI looks to make the lives of retailers easier with their 'RUBI' algorithm that customises the user interface based on the type and sector. As a large percentage of local retailers and kirana shops are now slowly adapting to technology, a custom interface may help them make the transition more easily and help them source products more easily.