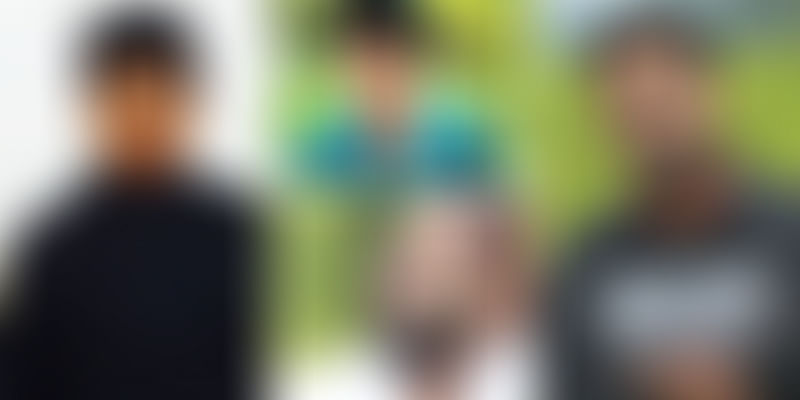 While we may moan and complain about the excess of foodtech startups, we can’t deny the fact that they have made our lives better. Whether it is Masalabox, FreshMenu, Swiggy or Hola Chef, it has just become that much easier to get gourmet to everyday munches at our doorstep. Believing that there still is a need for food delivery, school friends Roushan KP, Ashwin Raj, Rijith Ramdas and Anand Raj started Graburfood in Kochi in December 2014.

Realising the importance of creating a differntiator in a crowded market, Graburfood decided that they would make their delivery and experience seamless. Twenty-two-year-old Roushan says that they have food experts who help the consumer make a choice on the kind of food or restaurant if needed.

“We deliver within 45 minutes of the order being placed and charge nothing extra for delivery within five km from the restaurant. We even deliver birthday cakes at midnight,” adds Roushan. Apart from giving orders to restaurants, the team has started to use the delivery system employed by the restaurants, which in turn has reduced the burden of manpower and delivery vehicles. However, the order systems are taken care of by the Graburfood team.

While the team wanted to start its operations in Bengaluru, it realised that starting a food venture in the city would be difficult because of the number of players in the market. So its next best option was Kerala, where it was narrowed down to Kochi.

However, the initial response wasn't great. People were not ready to accept their proposal to share 10 to 12 per cent of commission of every order procured, and they ended up getting very few restaurants on board.

Roushan says all the work was divided between the founders in the beginning, as they didn’t have any employees or delivery staff. “Right from working the phones to delivering orders at the customer’s doorstep, we did it all,” adds Roushan.

Initially, the startup got only five to 10 orders in a day. It was only after three months and when they employed their first staff, in March 2015, did the numbers improve. Soon, Graburfood tied up with 20 restaurants and today processes 100 to 130 orders per day in Kochi and projects a monthly growth of 20 to 25 per cent.

The startup currently has 15 delivery staff, apart from using the restaurant delivery boys, and is located at two hubs in Kochi. Bootstrapped, Graburfood is looking for investment and is currently working on its mobile app, with a Kochi-based company. It will be available on both Android and iOS platforms in 2016. In the next three months, the team intends to expand into Coimbatore and Mangalore and will be reaching the metros by the end of 2016.

There is a sense of disillusionment in the foodtech space, with the shutting down of Spoonjoy and Daza, not to mention the talks of troubled times at Foodpanda and Tinyowl.

Getting the initial 300 orders in a day isn’t difficult; the real game begins when the numbers go beyond 300. Seedfund Venture Partner and accomplished investor/mentor Sanjay Anandaram says that most of the technology-enabled food businesses are operations-intensive.

Most startups launch and plan for a small segment of the population and not a nation as a whole. “Bringing in a consistent and habit-forming change in behaviour requires a minimum of one generation or 10 years of push,” Sanjay explains.

While there is a demand, what is needed is a clear understanding of the space. Many investors believe that people jumped into the ‘me-too’ bandwagon without any clear passion for food. “Food business needs to self-sustain at least for a decade before the dynamics change. For that you need passion,” adds Anand Lunia, Founder, IndiaQuotient.

Another foodtech startup based out of Kerala but now also has operations in Bengaluru is Masalabox. It is a little early to say whether Graburfood falls under the me-too space or can actually create a differentiator. Many believe that with lesser entry barriers foodtech is a space most people want to enter.