From Uttar Pradesh to Australia, how Hansi Mehrotra’s fortitude has made her a leading investment consultant 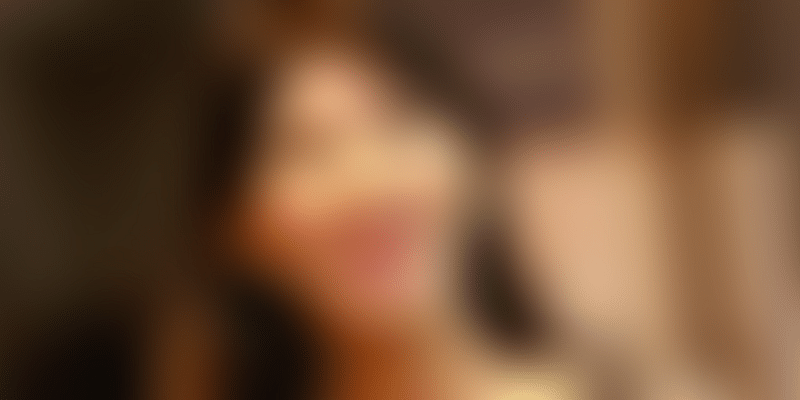 It was the end of an hour-long session with an expert from financial industry. It was always her ambition to be a part of stock brokering. So that evening at her post-graduate diploma class in Australia, Hansi Mehrotra, a girl from Unnao, Uttar Pradesh walked up to the speaker and told him she wanted to learn more about stockbroking.

Today, Hansi is one of the top financial advisers the industry has known. Her journey has been defined by grit, determination and pure perseverance. It all began when her father, while dying from cancer, advised her to leave India and establish herself elsewhere.

The firsts of many

“In my 20 years in Australia, I hadn’t seen the inside of a night club. I was a typical small-town girl who had landed in Sydney,” reminisces Hansi. From working at a binding and lamination company to taking the weekend bus from Unnao to Kanpur and then a train to Delhi to finish her BA, Hansi has built her dreams brick-by-brick.

She did move to Delhi, but her father was diagnosed with cancer, so full-time university was out of the question. Hansi began her career as a sales girl at the age of 18. Her daily schedule would be going to work, and continued her education via correspondence.

Ticket to Australia from Unnao

Being the first girl in her family to work, after her father passed away, Hansi had little choice but to move out of the country, as her uncle was bent on marrying her off. Her parents had been separated and her mother was living in Australia. So Hansi took this opportunity to move there as well. She enrolled in a post-graduate diploma course in finance and investment.

It was an Armenian friend who, pointed out the faults in her diction and helped her with the language. She would attend every free conference. “Whatever the time was, I would be there. While partly it was for the free breakfast and lunch, it was also for learning, as I wanted to soak up as much language, accents, content, contacts everything,” adds Hansi.

With her diploma in hand she could easily apply for jobs. She knew that stock brokering didn’t hold her interest, and financial advisory services was the way to go.

At the age of 23, Hansi wrote to the CEOs of 10 top firms, asking if she could buy them a cup of coffee and let her pick their brains.

Of the 10, only one person got back to her. She met him and he was impressed. He said he was moving out but he would introduce her to the co-founder who was taking over as the CEO.

“I realised it doesn’t matter what you’ve got on your CV. In the end what really mattered to them was my guts to write this letter, ask for coffee and meet them and impress them with my ambitions and perseverance,” says Hansi.

The first of failures and its hidden success

She was taken on as a junior analyst for a real estate project in the company on a contract role for three months. She ended up staying at the company for 10 years, working her way up from running errands to becoming a researcher and analyst.

In 2000, the dotcom boom happened, and her company formed a subsidiary which was in investor education. Hansi was intrigued by the idea so she put her savings into the project and decided to build the subsidiary. But the dotcom crash happened and the subsidiary shut down.

Mercer, which was initially interested in taking over the company, noticed Hansi when she walked out of it and hired her. She was then allowed to manage the India market.

At that time, Mercer did not have an Indian presence. For the first four years, they built their wealth management division. Soon the India market began to pick up, so Hansi came to India and built the offices here and in Singapore. Soon Hansi decided to focus on India and work in the financial industry in India she quit Mercer and moved to India.

After shifting to India another company came and said were starting their India office. They asked her if she could work for them. Hansi didn’t want to work for them but with them. “So I formed a JV with my own company 2 ½ years back. Eventually a year ago we decided to part ways, they kept the platform and I kept the company,” adds Hansi.

However, now knowing the workings of the platform, Hansi has now built a both B2B and B2C platform for financial education. The B2B platform is focussed on helping investors ask the right questions to financial advisors.

“I want to fix the industry because wealth managers want to take a shortcut and be a trusted adviser without being trained well enough. My way is to go and start teaching the investors what questions to ask,” adds Hansi.

She says that she has already begun ruffling a few feathers by telling the industry that if it doesn’t become more careful, she was going to tell clients what questions to ask. “In the next 12 months it will be shaky, but it is good for the industry,” Hansi adds.

On the B2C platform TheMoneyHans, Hansi focusses on women to break the stereotypical notions of numbers being boring and hard to understand, and that number-crunching is not a woman’s job. She hopes to bring more into the fold.

“Many women have this stereotype and misconception that it’s numbers and it’s boring and hard to understand. Women generally have a tendency to feel lesser confident, and they continue to stay in bad marriages, bad jobs and bad situations because they think they aren’t able to manage finances. I am here to break that stigma.”