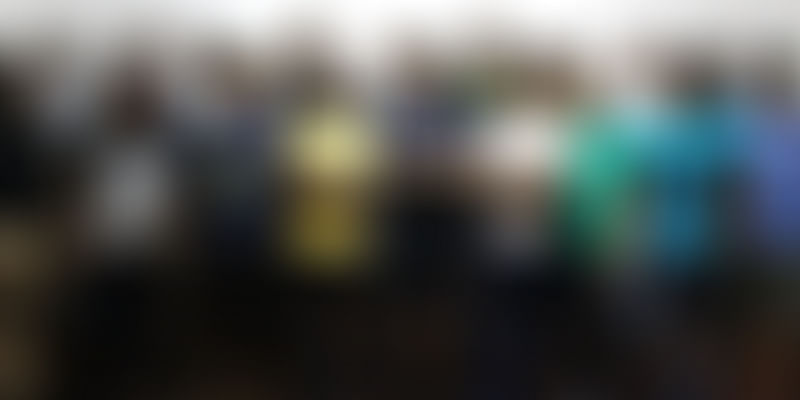 In January 2015, 20-year-old Yash Sanghvi, a third-year student of IIT Bombay, set up OLI, a YouTube channel that contains more than 65 educational videos on science and maths in five Indian languages (Hindi, Marathi, Gujarati, Bengali and Odia). The channel also has a course in English which demonstrates interesting and informative experiments to attract students’ interest in science and to promote scientific temperament.

The first video went live in May 2015, and since then, the channel has clocked 100 subscribers and 6,000 views – all of which was made possible by a team of 20 volunteers, headed by Yash. A student of Mechanical Engineering, Yash also serves as Head of the Department of Educational Outreach for the National Service Scheme (NSS) at IIT Bombay.

Yash recalls, “Interested volunteers then had to pass an audition where their teaching skills, their usage of technical terms in regional languages and the clarity of their voice was evaluated.”

The shortlisting procedure ended in mid-February, and OLI produced the first set of videos by the end of the month. By the end of April, almost 20 videos had passed the reviews and were approved for broadcast, allowing OLI as an official channel to be launched in early May.

All the technical requirements (like the pen-tablet for making the videos) were met by IIT Bombay by way of deploying NSS funds. The NSS faculty adviser, Prof. Ganesh Ramakrishnan from the Computer Science and Engineering Department, has introduced our channel to other ventures like Spoken Tutorial, and got us professional feedback,” explains Yash.

Yash dedicates 30-40 hours a week to OLI work while balancing the requirements of his IIT course. In his first year, he was an NSS volunteer and moved up to become activity associate the next year. And the other volunteers utilize the weekends to make videos. They make one video in one week and it takes about 10 hours to make a 10 minute video. One of the co-ordinators of NSS, Harshal Jalan manages the volunteers,topic-allotments,technical problems and helps in reviewing and video editing.

Beyond that, however, lay the biggest challenge – that of correctly using technical terms in regional languages. While the volunteers knew their own languages quite well, they struggled when it came to technical terms. This meant they had to invest enough time preparing for the videos before actually recording a lesson. It takes more than 10 hours to make a 10-minute video and another 3-4 hours to produce the final lesson. There are another five people (not associated with the NSS) who help OLI in reviewing the videos in different languages to ensure accuracy.

NGOs in Powai, the suburb where IIT Bombay is located, such as Vidya Foundation, Logic Center and Community Welfare Association (LCCWA) and others are using OLI videos to teach their students.

We haven't spent a single rupee on advertising and marketing. We contacted a few NGOs and told them about our channel and launched posts about OLI from the Facebook page of NSS, IITB. Most of our subscriber growth, however, has been organic. People are discovering the channel while searching for academic content in regional languages.”

In the next two to three years, OLI intends to cover many more languages to make the channel more inclusive across India. The team also wants to include subjects other than Science and Maths.

Internet usage in India seems to be an inflection point in terms of the number of local language users. A report by the IAMAI and IMRB International revealed that India had 353 million Internet users as of June 2015. The report adds that number of local language Internet users in India is growing at 47 percent year-on-year and touched 127 million in June 2015. What’s more, about 88 percent of the Indian population is non-English-speaking.