Three lessons I learnt from building technology for the Obama campaign 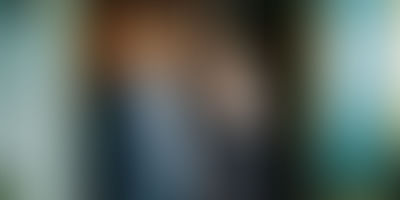 The Obama campaign was an organisation with the growth rate of a startup, the technical debt of an enterprise, and the pace and competition of any company running neck and neck with a competitor. This unusual combination of demands in a condensed timeframe led to lessons that are applicable to technologists at any company. Here are three of them:

A lesson for startups: include a test in your hiring process

It’s trite but true. Everyone says it: great organisations start with great people and get better with each additional hire. What’s talked about less is how you’re supposed to make this happen.

Building, administering, and evaluating tests that resemble the role’s responsibilities proved to be an invaluable tool for the Obama analytics team, giving us the closest we could get to an objective data point in the hiring process. By investing significant time in the format of our tests and iterating on them with the feedback of people we hired, we were able to narrow down over 3,000 applicants into a top-performing team of 54.

A lesson for enterprises: de-silo your data

Your next competitive edge might not come from that multi-million dollar R&D budget. Rather, it might emerge from breaking down digital departmental barriers, building a company-wide data warehouse, and equipping your IT department with a flexible (cloud) infrastructure that will enable analysts to experiment with company-wide datasets without crashing production servers.

It’s this type of experimentation that led analysts on the Obama analytics team to prototype 'The Optimizer,' a product that resulted in a 20-per cent efficiency gain in much of its $500-million television advertising budget. Before the centralisation of the campaign’s data, the immense value of connecting voter-level support prediction data with television data was only speculation.

A lesson for everyone: build iteratively

Call it 'agile'or 'lean', or whatever buzzword is hot right now. But whatever you do, take the time to learn from users what problems they need solved, deliver value to them as quickly as possible, get their feedback, and incorporate it in upcoming development plans to build on your successes.

The Obama campaign, like most organisations with a meaningful number of software engineers, made mistakes that wasted development hours, and which could have been avoided with prioritisation from conversations with users and de-coupled development priorities. And, while these mistakes likely had no measurable impact on the polls, they are a death sentence to startups and new productlines. It’s likely that you aren’t the next Steve Jobs, and you don’t know what your users want better than they do. That’s okay. You don’t need to be a genius; you just need to be empathetic.