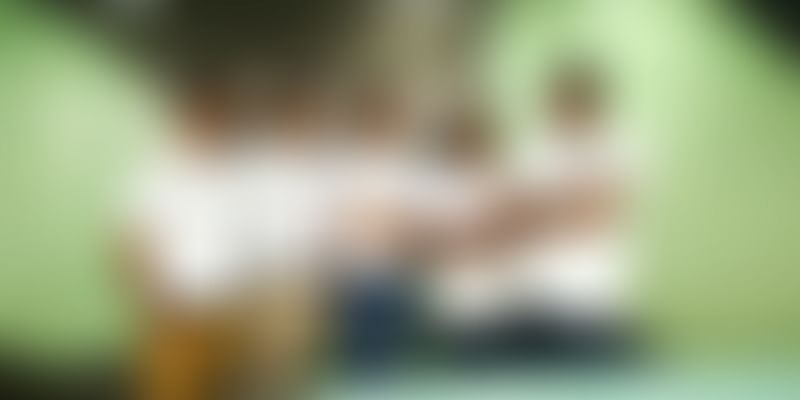 How many of you remember hunting for guide books and study materials during examinations? Before the Internet era and edutech startups, most students would be seen nose deep into guide books like S. Chand. On the other hand, when it comes to government and professional exams the hunt for the right books and material is never-ending.

However, with platforms and apps like OnlineTyari emerging finding education material is becoming easier. It provides individuals with relevant materials that helps them prepare for competitive examinations like banking services, SSC, GATE, civil services, NDA, Railways, and State government jobs.

“One interesting fact is that over three crore people appear for various entrance exams for government jobs every year, often with very little access to good quality study material in their native language. OnlineTyari bridges this digital divide by making education content available on mobile with a very simple and easy to use interface,” says Vipin Agarwal, Co-founder and CEO, OnlineTyari.

The idea of OnlineTyari came to Vipin in 2014 while working as an advisor at NASSCOM Foundation for the National Digital Literacy Mission – Disha (Digital Saksharta Abhiyan). The mission was to enable Indians to learn to operate the computer.

During one such trip to a small village near Gurgaon, Vipin saw that people were shy of operating a computer. In a conversation, the village folk shared that youth in the circles were losing out on job opportunities since they could never learn ‘online’.

“What was surprising was that most people operated smartphones, yet they were unable to educate themselves to operate a computer and practice tests online. My IIT-K batchmate Bhola Meena, who hails from a small town, was trying to solve a similar problem. So we joined hands together and decided to create OnlineTyari – a mobile-based education platform,” adds Vipin.

Leveraging the power of language

At OnlineTyari, the team believes in solving problems grounds-up, even if it requires creating an untested, unique model for the business. When they started, the team knew that education delivery to masses across India can be done only by using mobiles.

And they knew that it had to be through the delivery of study materials in local languages. Vipin adds that they wanted to create a model that’s India-specific and can solve the unique challenges of people preparing for tests here. The team looked for what students needed, created a user-centric model and built our product thinking from there.

OnlineTyari works as a transactional marketplace for educational content. The app is available in English, Hindi, and Marathi and we will be adding more languages shortly. One of the users Narender Kumar claims that he got through in the Delhi Police Head Constable exam with the aid of OnlineTyari, and he is thankful to the material available in the app.

The core team has known each other for over 15 years since their IIT Kanpur days. Bhola and Vipin went ahead to join different companies but were in touch with each other. In due course, they decided to get together and started working on offering this edutech platform for the masses. The duo built the initial team using their IIT and IIM network.

Vipin had been a VC and an entrepreneur before starting OnlineTyari. Bhola had run one of the first taxi hailing apps and was the Tech head at Microsoft’s India Development Centre.

“We also have Nishit Mathur, Amit Jaiswal, and Rajveer as part of the core team and they have led teams in major corporates prior to joining OnlineTyari. Nishit has extensive experience in strategy and finance, Amit led technology teams at Jeevansathi and Shine platforms, and Rajveer managed sales at Ramco Systems,” adds Vipin.

As of December, the team claims to have had a total of 2.5 million downloads and have 250,000 daily active users. The team initially launched the MVP (minimum viable product) and this was built on a lean approach to start with. They kept evolving the product through regular feedback received from the users and by observing user behaviour on the app.

Speaking about his investment in the space, Vikram says,

We are going to witness a massive shift to regional language content consumption with the next 350 million smartphone adopters in India. With its focus on regional languages, OnlineTyari is well-positioned to benefit from this huge tailwind of new users coming online.

The team aims to reach 15 million active users and will be available in major Indian languages by the end of next year. “We are building a smart platform for our users through personalisation and adaptive learning so that students can improve their respective performances efficiently and get everything they need on the OnlineTyari platform,” says Vipin.

According to Bloomberg, India is at the centre of this revolution in learning with the eLearning market with a projected to grow at 18% CAGR, which is twice the global average. India also has the one of the highest growth trajectories in self-paced eLearning at 55 per cent.

Presently, the Indian online education sector will touch USD 40 billion by 2017. A report by IBEF suggests that India is targeting to create 500 million skilled workers by 2022. The FDI flow in the sector has been close to USD 1071.15 million between April 2000 and January 2015.

Today, there is an increased demand for local languages. India today speaks 780 languages (Peoples Linguistic Survey of India) represented in 86 different scripts. Twenty nine of them are spoken by at least a million people, and 22 are recognised by the Constitution as official languages.

While English language content accounts for 56% of the content on the Internet, Indian languages account for less than 0.1%. If we assume all those who could speak English were the earliest adopters of the mobile Internet, India still has anywhere between 100–160 million users that have no comprehension of the content presented to them.

With increased focus on Indian languages with several content platforms like InShorts, and now Snapdeal opening different languages, we might see a change in direction soon.