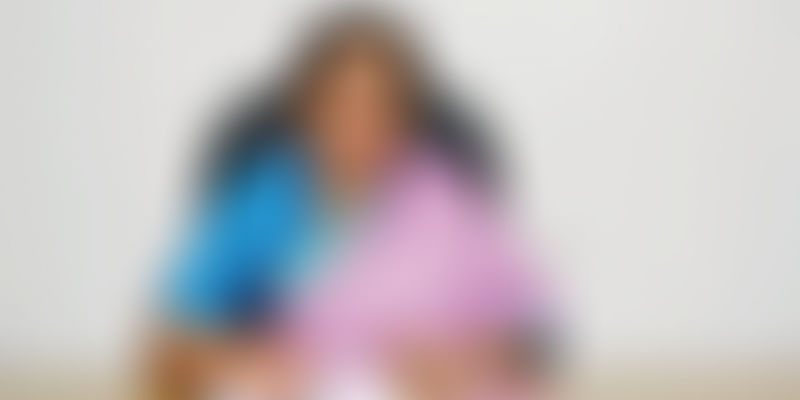 As entrepreneurs, we give all our time to our startups. It’s common enough for us and rarely ever is the intensity of a 24/7 schedule associated with government officials. After all, startup life is like running a non-stop marathons, with 100-metre sprints thrown in just to keep things interesting.

And yet, here is a woman IAS officer who not only works startup hours but thinks just as entrepreneurial to achieve the vision of empowering everyone around her. She is also relentlessly working to make the Invest Karnataka platform a success. She is inspiring, she is real and yes, she is a workaholic government official. YS caught up with Ratna Prabha, Additional Chief Secretary (Commerce and Industries) to the Govt. of Karnataka, in a freewheeling conversation on her career and her work, with her to find out what drives her.

YS: What drives you in your efforts?

Ratna Prabha: From the beginning of my career I’ve been very enthusiastic, I’ve been very different while handling issues, dealing with the public or with the government, so I think it’s my nature – I have a lot of love and passion for work. So wherever I have worked, people have remembered me and they still keep in touch with me because they feel I have done something different. This is my thirty-fifth year in service.

My passion is what keeps me going.

As far as this department is concerned, I have vast experience in this area. Around 1996-97, I worked as the Development Commissioner of an export processing zone. That was my first encounter with industry. Before that I had been always working as a DC and where the focus was on rural development and social issues. The first time I dealt with an export processing zone, it had not yet taken off. So I started building that zone.

I had a lot of emotional attachment to what I had built. And that is how I started, working very closely with the industry because I did not have an industrial background. I started learning from industry, what exactly they want and what we have to do to make an industry successful.

The purpose of allotting land under the Industrial Area Act is to provide employment, which was ignored. So we have also introduced policy that every land-loser should be given at least one job. We are trying to talk to industrialists to encourage them to train local youth. Many industrial zones are taking up skill development under corporate social responsibility programmes and even the government has several skills developments programmes in place. So we are trying to link those skill development programmes with local requirements at various industries, so that these industries can absorb local people.

Related read: Industry Minister R V Deshpande is on a mission to make Karnataka No.1 Startup hub in the world. And he tells you how.

Our industrial policy itself aims at moving away from Bangalore. We have not given any incentives to units coming up around Bangalore. So the further you move away from Bangalore, the more incentives you get. The Hyderabad-Karnataka region area gets the maximum incentives, followed by the Bombay-Karnataka area, and then the Mysore and Mangalore areas. Of course, we cannot do away with the love for Bangalore, so around Bangalore, we are developing industries such as aerospace, IT and electronics.

Overcoming the infrastructure bottleneck in Bangalore

Infrastructure is a major issue. The government is taking it up and giving it a lot of attention. That is why we have a Minister for Bangalore.

When I took charge, we [Karnataka] were number 7 or 8 in the country as far as investments were concerned. Now we have moved to number 2. Gujarat is number 1. We are also focusing on women entrepreneurs – an exclusive park for women is in the works. The area around the [Bangalore international] airport is also a huge opportunity. We have high-tech hubs in defence and aerospace coming up there. Karnataka has always been the leader in aerospace. We are trying to maintain that position and expand to get defence companies also.

When it comes to startups, we were always number 1! (laughs). The minister’s idea is that [we should encourage] not only start-ups in the IT sector, but also encourage start-ups in the manufacturing sector. So that is what we need to focus on.

We constituted a policy wherein 5% of the plots in the industrial parks are reserved for women. There was no focus on women earlier; women were clubbed with the physically handicapped [in that] quota. Now we are working on an exclusive park for women entrepreneurs.

YS: Tell us more about your personal journey and how it has affected your career.

Out of sight but still in people’s hearts

Wherever I have worked, people remember me. My first posting was in Bidar, when I was Assistant Commissioner, almost 32 years back, but people still remember me. Once, a man who was taking my blood sample during a routine check-up asked me, “What’s your name?” I said “Ratnaprabha.” He asked if I had worked in Bidar. I told him I had. And then he said, “My mother used to always tell me about you.” I asked him who is mother was. He said she was a housewife. He couldn’t have even been born when I was the AC there. He said, “No, I was not born then, but even now my mother keeps talking [about you], that there was this one lady officer...” So I told him, “Now you tell your mother that you took my blood.” The fellow was so excited he couldn’t take the blood sample properly!

Another time, I met a teacher, an old man, who told me, “Aap Bidar se chale gaye par hamare dilon se nahin gaye (You may have left Bidar but you remain in our hearts.)”. I quickly made a note of this! (laughs)

That’s Ratna Prabha for you – always thinking of how things can be changed for the better, and leaving behind a legacy that people remember for decades.