How technology is disrupting financial inclusion in India 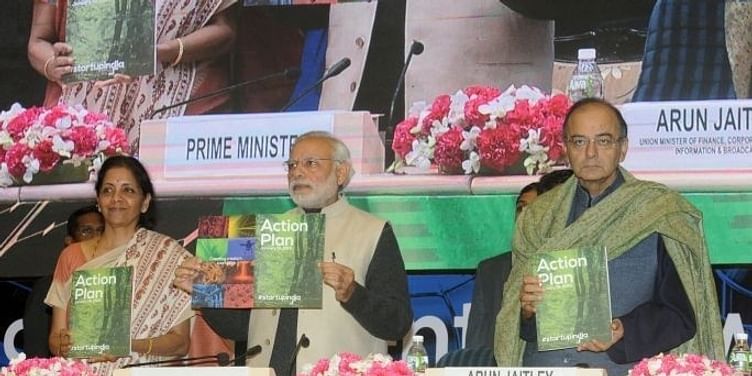 While the Government of India is trying to solve the problem of financial exclusion with schemes like Jan DhanYojana, Aadhar enrolment and payment bank licenses, fintech startups across the nation are expanding financial inclusion by leveraging technology. According to a TechSci report, the mobile wallet market in India will touch $6.6 billion by 2020, backed by crucial factors like the increasing usage of smartphones, a rapidly expanding mobile internet user base,government focus, and favourable demographics –50 percent of Indian smartphone users are aged between 18 and 30 years.

The session started with an interesting question that Sharad threw to the packed audience– How many here want another Uber in India?

According to Sharad Sharma, the next Uber will come from the financial sector in India. Fintech startups have the potential to enable service delivery to 942 million people in the country who have Aadhar numbers. He proudly declared that this kind of infrastructure did not exist anywhere else in the world and had the potential to make financial inclusion happen in a way that was not possible earlier.

This is a better time to enter the payment industry,which will see the emergence of 300-400 million new customers in the next two to three years, who have smartphones and an Aadhar card. With the government opening lots of bank accounts, we are becoming data rich from (earlier being) data poor.Reserve Bank of India, for the first time, has issued more than 20 insured licenses. The payment instrument architecture remained unchanged for over 50 years.”

While giving example of disruption in the financial services market in India, Kumar praised Vijay Shekhar Sharma for creating an enabling financial ecosystem in India through Paytm. He gave two crucial reasons as to why India was the most exciting market for financial services: for one, India has the largest share of the world’s unbanked population.The other is smart policy-making which enabled the creation of the right infrastructure, an enabling environment, as well as large corporates and startups.

Karl Mehta was of the opinion that in order to bring millions out of poverty, it was very crucial to provide financial tools in the form of digital trails. While appreciating India’s ability to create disruption in the financial sector, he said that the financial system in India was better than in the US because we had an application layer that can be easily leveraged by anyone; thiscurrently does not exist in the US, one of the sophisticated financial markets in the world.

When I started Paytm, a board membertold me that I am taking one of the biggest risks of my life. At that point of time, people were very comfortable in using petty cash. However, India started witnessing behavioural change among consumers when the revolution of smartphones and applications took place. In a span of 15 months, we crosseda user base of100 million within India.”

Mobile e-commerce platform Paytm has raised $500 million in new funding from Chinese e-commerce major Alibaba in September 2015. It had crossed 100 million users in July 2015, with a GMV run rate of Rs 10,000 crore.

Nitin Mehta stated that India was poised to generate a great many number of jobs. “Lots of people are living below the poverty line;we have to uplift them too. For example, an Ola cab driver on average earns Rs 60,000 per month. If there were training programmes for women drivers, it would be an amazing opportunity for them too.”

Talking about innovation in India, Vijay Shekhar Sharma stated that India’s success in every sector is driven by the growing usage of smartphones.

We will skip the plastic generation and jump to mobile faster than any country in the world, and hence we’ll be able to deliver far more services. Smartphone and the mobile internet will do magic for this country,” he added.