An indestructible bridge: how one woman is building peace by sharing stories 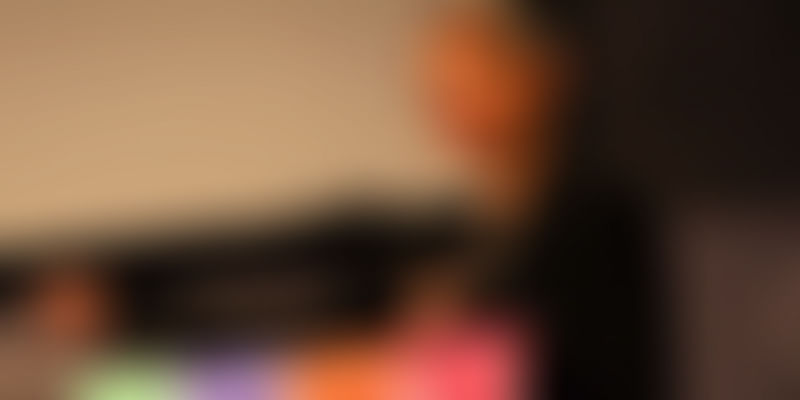 She believes war can teach us as much about good as it can about evil. Meet Zainab Salbi, who launched an organisation that teaches women survivors of war reclaim their power by becoming entrepreneurs.

No one took Zainab Salbi seriously when she launched a non-profit organisation to serve women survivors of war. She was a recent immigrant from Iraq. Her family had lived a life of uneasy privilege under Saddam Hussein, and she herself has just escaped an abusive marriage. Add to that the fact that she was just 23 and practically penniless, not many believed that she could make a difference. But Zainab had been raised by her mother to be a strong and an independent woman. Her mother exposed her to the work of leading Arab feminist Nawal El Saadawi at an early age. By the time she was 15, she had decided to dedicate her life to serving women. Eight years later, war broke out in the Balkans, and stories of atrocities against women began to filter out of the region. Nobody seemed to be doing anything about it. Zainab decided it would be her.

‘If you knew me, you would care’

Where we’re stuck, Zainab believes, is in seeing only one side of war – the “politics, tactics, weapons, dollars, and casualties”. Millions of women are being raped, mutilated, forced to flee their homes, and seek refuge elsewhere. We miss the other side of war, the one focussed on winning life rather than battles, views peace as the arrival of schools and jobs, rather than just the end of fighting. To build lasting peace, we must “understand war and peace from both sides,” she urges. This is her life’s work, to share the uplifting stories of people at the heart of war.

Women for Women International promotes women’s economic development, health and well-being, equality, and support networks. Women in its year-long programme learn basic business and vocational skills that help them become entrepreneurs. They are linked to financial services, advanced business and vocational training, and support networks to increase their ability to earn, save, and access capital. They learn about health, nutrition, and stress management. They also learn about fundamental rights and the importance of civic participation, and are encouraged to educate other women.

Partnerships – both within the larger community and with the private sector – are critical to the model. Since so many women’s problems emerge from patriarchal societal norms, the organisation engages and trains men to champion the cause of women’s empowerment. Zainab has a saying – “Build a bridge, it will be destroyed; build it again, it will be destroyed again; keep building until so many people are part of building that bridge that it will not be destroyed.” And she walks the talk despite having the people who ridiculed her in the early days. Today, Women for Women International works in eight violence-ridden and conflict-ridden countries. It has helped about half a million women, and distributed over USD 118 million in direct aid and micro-credit loans to women refugees. And it has over 3,81,000 supporters worldwide.

This year, Zainab launched The Nida’a Show. It is a groundbreaking talk show that acknowledges the contributions of Arab and Muslim women in 22 countries. “All that the West is talking about at the moment is terrorism and refugees. It has got to the stage where we (Muslims) think of ourselves as ugly and the worst, too; the beautiful, good voices are being ignored.”

While the show might seem like a dramatic departure from Zainab’s grassroots work, it is in fact very much in keeping with her belief that sharing stories leads to dialogue, engagement, and understanding, which together lead to peace. She seeks to inspire her viewers “To not only change their lives, but to also change the culture of the region” from within by talking about “issues that the culture is not comfortable addressing in public,” such as gender based and sexual violence, genital mutilation, and identity, right along with fashion. The show has featured Bill Clinton, Oprah Winfrey, and Geena Davis, and a stellar line-up of Arab celebrities. Zainab chooses her own clothes for the show, in line with her support for local economies and Arab designers who give back socially, culturally or environmentally to society.

Zainab has carved a reputation for herself as a peacemaker in the midst of war, but acknowledges that change is “always messy and painful”. Still, she keeps her spirit, passionately enjoying life, because every new story she encounters leaves her in awe of the strength and resilience of womankind.