How Akshaya Patra's technology is ensuring 1.5 million children in India are well-fed and stay in school 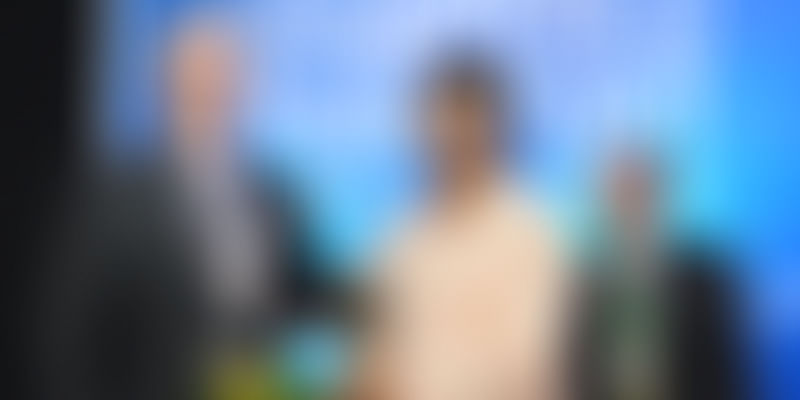 In April 2015, the Nepal earthquake claimed over 8, 000 lives and displaced close to three million people. The aftermath was nothing short of a living hell. But amidst this misery, miracles glimmered through. The entire world came together in support. One such miracle maker was The Akshaya Patra Foundation. The Bengaluru-based non-profit, which serves mid-day meals to government school children nation-wide, set up a temporary centralised-kitchen spread over 2, 500 sq ft in five days flat! This makeshift kitchen served its first meals to 1, 087 people at the Bode Camp on 19 June and by 21 August, the milestone of a millionth meal was accomplished. The entire journey spanned 88 days of operations, and Akshaya Patra served 1.4 million meals!

But this story isn’t about those 88 days. It’s about Akshaya Patra’s 15-year journey, during which it has served close to 2 billion meals. Every day, it is fuelling the dreams of 1.5 million children across close to 11, 000 schools in 24 locations and 10 states.

Initiated in 2001, Akshaya Patra was one of the first non-profits to enter the Indian Government’s Mid-Day Meal Scheme programme as an implementing public-private partner. Started with just five schools and 1,500 children, the organisation’s scale has been incredible. Akshaya Patra’s philosophy works on two levels – at one level, it helps reduce the stress on a poor household’s income by assuring an unlimited, nutritious meal every day, and at the second level, it encourages children to continue their education as the meal is provided in the school. As Shridhar Venkat, CEO, The Akshaya Patra Foundation says,

the one noon meal goes a long way. While education and malnutrition are the core areas it is tackling successfully, it also helps in curbing child labour, fosters social equality and enhances gender equity.

When one is talking about a nation that tops the global charts in hunger and malnutrition – quality, scale, and operational efficiency are important to address this enduring social challenge. But how does one provide unlimited meals to 1.5 million children, every day? Technology is the answer. Venkat also adds, “Along with technology, one needs to continually embrace innovation.” And that’s what Akshaya Patra has been doing. Through continuous research and innovation, the organisation has indigenously designed and established 22 large centralised kitchens – each of which is capable of cooking meals for approximately 2, 00, 000 children in less than five hours! Another key highlight of the centralised kitchen model is that the blueprint is available to anyone in any part of the world, who is on a mission to eradicate hunger. Venkat says,

We are happy to help like-minded organisations set up operations, just like we did during the Nepal relief.

Engineered to optimise quality and minimise costs, all kitchens follow a gravity-flow mechanism and have custom-made machines that suit the varied needs of different locations. For instance, the Jaipur kitchen has a specially designed roti-making machine that can churn 60,000 rotis in one hour! All kitchens have stainless steel cauldrons with an easy-tilt mechanism that can prepare 1, 200 litres of lentils in two hours, and vegetable cutting machines that can chop 60 kg of potatoes into any shape and size in just about 60 seconds.

All meals are ready and in five hours and the cooked food is transported to schools through well-coordinated precision logistics and custom-designed insulated vehicles that ensure there is no loss of heat or spillage. The food reaches a school anywhere between 10 am to 12 pm (depending upon the distance from the kitchen). But when the cauldron is opened at 1 pm, the food is still hot and fresh.

While the above model works well in urban areas that have motorable roads giving easy access to schools, rural areas posed a problem. Neither can centralised kitchens be set up nor can any vehicles be used to transport food. The Akshaya Patra team came up with the idea of a decentralised or school-based kitchens. Run by local women’s self-help groups, who cook the meals daily, and monitored by Akshaya Patra’s team to ensure hygiene and efficiency, these kitchens are operational in Baran, Rajasthan and Nayagarh, Orissa. They provide employment to about 1,500 women.

If you have to build a successful organisation, have a heart of a non-profit and the brain of a corporate.

That’s the mantra behind the centralised and decentralised kitchens. After all, why should a child not benefit from a sumptuous meal just because his/her school is inaccessible?

What do the children eat?

Venkat recollects an incident from the early days. He says,

Initially, when we started in Bangalore, we would only serve khichdi every day. A few days into the programme, we noticed that the consumption levels were dropping. When we investigated, we realised children don’t like khichdi. That was our biggest lesson; keep the very beneficiary whom you set out to benefit in mind.

Today, Akshaya Patra has customised menus to suit local palates. For instance, in Bangalore, items such as bisibele bath, pulao, sambar and payasam are served. But in Jaipur, children eat roti-based meals with potato curry and dal.

Impact and the road ahead

From the Sahariya tribes of Baran, Rajasthan, to the urban migrant labourers of Bangalore, the impact of Akshaya Patra meals has been immense. Venkat’s favourite anecdote is of a boy who disliked going to school, but the meals were his incentive to attend regularly. And one day, he came to meet Venkat with an offer letter from one of the leading IT companies, grateful for every meal he had. As Venkat says, “Remember, he’s just one story.”

The organisation has set itself on a mission to impact five million children by 2020, and urges citizens to take up the responsibility of feeding at least one child, which costs only Rs 750 for an entire year!