I’m on a learning curve, want to see what the young can do with tech: Ratan Tata 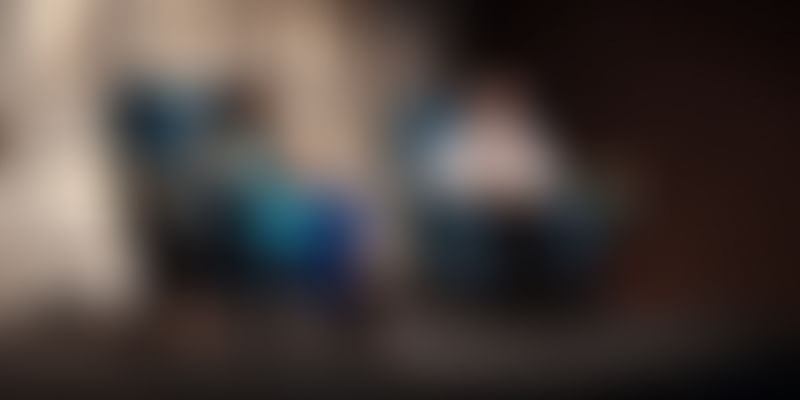 The launch of Kalaari Capital’s Kstart seed programme was an opportunity to listen to Ratan Tata, unplugged. In a wide-ranging conversation, Kalaari Capital MD Vani Kola coaxed India’s most iconic business leader into sharing his insights on success, failure, the importance of communication, and what he might have done differently when he was 26. The audience hung on to every word and every entertaining anecdote that he shared in his inimitable, down-to-earth style. Here are some highlights from the interaction.

On the types of ideas he goes after

For me, very often ideas come when I see something not working well. If you have enough of a solution orientation, then you sit down and think how this can work better or faster or can be less expensive. There are those who leave such thoughts in their head and there are others who build an enterprise around that by putting their sweat and blood into making something out of that thought.

What attracts him to a startup

If the startups are working in an unserved or underserved space and building an idea around that. I’ve worked 20, 30 years in smokestack industries that need millions of dollars for even a small delta to occur. What’s wonderful about the startup space in today’s age is that you can put your idea to work quickly – software and chipset design – and change the way the world looks at a certain area of the market. That’s what’s wonderful and invigorating.

I have to say with humility how on many occasions when I felt something couldn’t work and it became a huge success.

"I’m on a learning curve to see what young, intelligent people can do with one very important addition, and that’s technology."

Take smartphones – the impact of it in the space that it has created. If you didn’t have smartphones, many ideas would go away. Technology helps create enterprises that couldn’t be created 20 years ago.

On the core principles for any business

For me, personally, partly due to my interest in philanthropy, I am additionally excited when an idea can make a difference – if it can improve prosperity in a community or enhance the quality of life. The other is where the idea is a game-changer – that’s the most exciting.

"If you’re changing the way people live, think, or sustain themselves, that’s extremely invigorating, much more than the returns you get."

It just struck me that an investor is like a talent scout in a music company; bands do their best to impress the talent scout. He can’t always put down the numbers this group will generate, nor how they might do it, but he intuitively feels that this group will work and mentally conjures up a plan of concerts and recordings. One looks for an investor with a similar sort of excitement about what a company is trying to do – is he ready to not just risk his money but participate in the journey, using his contacts and mentorship to make it work? Not just plain numbers, because there’s lot of intuition that we don’t always pay enough attention to, and we should, to be able to come to the conclusion that this is an exciting new venture.

On the fundraising conundrum that new entrepreneurs face – growth vs profitability

There’s no single formula. In the past two to three years, (some) companies that I’ve invested in, have grown at rate that I couldn’t have believed possible. The question is, can those growth rates be sustained because you can have high burn rates initially that eventually becomes an albatross around your neck? And still, there are companies who sustain that growth and continue to be innovative and others who fall by the wayside. Again it’s intuition in terms of how you think it gets implemented and a close monitoring of what’s happening.

On the importance of personal brand-building by CEOs

I’m a shy person, so I wouldn’t want to build my brand. But a corporate brand does need to be built. There are some people that leave their personal brand on the company they’ve built – it works for some and does not for others.

On how to decide when to sell vs build a legacy

I can only give you my own example. When I took over the Tata Group, the media was rife with reports on how we had 80 companies, that there was no focus on the core businesses. I had put together a plan to rationalize the Tata Group into small business units and sell those that didn’t make sense. Amongst those was TOMCO (the toiletries business) – it had 25% market share whereas rival Unilever was the market leader. I negotiated what I thought was a very dignified sale to Unilever, which gave shareholders a good stock to hold, and a standstill on getting rid of any employee or distributor for three years. I thought that was a good deal, but the next day, the media, the stock market, employees (some of them second- and third-generation employees) descended on me. And just like that, my rationalization plan quietly went away. My self-confidence disappeared. So there’s no easy way to do that. You have to communicate what you want to do.

On how young companies should constitute their board and advisors

"Successful companies take great pains to communicate with all their stakeholders. Not just their board of directors, but everyone involved."

Nobody likes to wake up to a surprise. A judicious and active system of communication with all stakeholders is a great plus that successful CEOs do very well. The world sees you for how you communicate yourself to the world.

On how he celebrates successes

My moment in the sun was the launch of the Nano, at least the positive part of it (pauses...the audience recognizes the implication and bursts into laughter.) The genesis of the Nano came in the midst of a long board meeting in Bangalore. I had earlier seen a scooter with a family of four on it meet with an accident on a slippery road. That in turn led me to think of the concept of an affordable family car. That led me to doodle (at the board meeting) about how to make a two-wheeler safer, which in turn led to the creation of the concept for an affordable family car. From there to putting together the team that actually designed and engineered the Nano, to the Auto Expo in Delhi, where I drove it on to the stage. That was almost a disaster because as I drove out I realized that there were no lights and I had no way of knowing where the stage ended and the audience started.

So in those moments, some of apprehension, there was a creative glory because never in the 100-odd years of the group’s history had there been anything that elevated the group in terms of visibility. It was a terrific moment for anybody’s inner feelings.

One thing he wishes he knew when he was 26

As a young employee in Jamshedpur, when I had an idea, I would go to my bosses and they would tell me not to be so eager and that something was being done in a particular way for 30 years. And I would quietly go back. I yearned for an environment where I could be heard if I had an idea. I wish I could have communicated better at the time.

On women in leadership

In many ways, in India politically, women have reached the top faster and more so than in other countries. In the boardroom and in enterprise, there have been women who have stood up and stood out; but yes, there are less of them than you would expect. They aren’t lacking anything and I think we will see more women leaders in companies as we go forward.

(Disclaimer: Ratan Tata and Kalaari Capital are investors in YourStory.)