Love in the times of startups 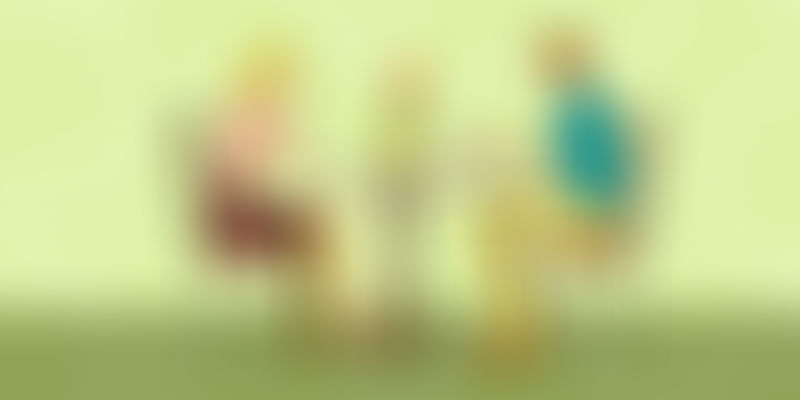 A two-time entrepreneur’s wife and now an entrepreneur myself, I was curious how other young entrepreneurs find time for love and relationships. After all, startups are like babies – clueless and fragile. They consume all your energy, leaving none for romance or that badly needed haircut.

I got my first taste of a startup in the second year of our marriage, when my husband embarked on his entrepreneurial journey. Suddenly from being the priority number one in his life, I was left to watch SRK-Kajol chemistry all by myself, while he worked on the next product release and the ever-elusive now-we-have-cracked-it milestone. I did have a full-time job at IBM research, but a swanky multi-national office is not half as exciting for night outs as a cramped up, pizza-strewn, sweat-smelling startup environment. Besides, Facebook and Whatsapp hadn’t been born yet, so I had plenty of time to kill. I went on to have babies, our two lovely daughters, while my entrepreneur-half focussed on his venture. Not the smartest of the ideas, if you ask me, as I was further demoted in priority, now to number four, after his startup and the kids.

In any case, my husband was lucky to have a supportive spouse like me and I happen to really love him, so our marriage survived. But everyone can’t be that lucky. Now, a love relationship requires time and nurturing more so when it is young, and time is a rather scarce commodity when you are a startup founder. So what does a budding entrepreneur do if he or she suddenly finds her heart humming ‘love is a bhaste of time, karna hai bhaste of time.’

Luckily, with the changing dynamics of dating in India, it’s become easier to have a relationship today with no strings attached. While researching for my next novel, I discovered, much to my surprise, that youngsters today find love to be an over-rated concept, sex to be as casual as having a coffee, and marriage as only a 'nice to have'. It got me thinking about the very essence of marriage. I wondered how my life would have turned out if dating apps like Woo and Tinder were available back in the nineties. And when I read about an Invisible Boyfriend app that gives you the ability to design and build a believable social partner who is everything you want, whenever you want, I truly thought that I had missed out on all the fun.

Curious to know more, I connected with the founder of a particularly artistic and unique Delhi-based, angel-funded venture to ask him about his love interests. Expecting to hear about a multitude of girls he has had affairs with, I was taken aback when he admitted to being in a relationship since college days with the same girl. He said that his girlfriend is very intelligent, possibly more than him and since she travels a lot for work, they are able to meet only once a week, but that it’s still going strong. The steady love relationship brings stability to his life when everything is so dynamic and transient. Having someone to discuss and share the lows and highs, the fears and dreams has, in fact, made his entrepreneurial journey more rewarding and fulfilling.

I couldn’t believe that there really exists a believer of love in today’s times. Confident that Mr. X is an outlier in this digital world, I asked my husband to introduce me to some more entrepreneurs. ”They don’t come to me seeking advice on their love life,” my husband argued, but he made the introductions none the less!

So I called up Mr. Y who had launched a mobile app-based venture just last year in Gurgaon. Having already raised a seed round of funding, he is now working fourteen hours a day to scale his business. When I asked him about his love life, he was shy and hesitant to begin with, but soon we established a rapport because of our shared alma mater. I really thought I had heard it wrong when he also confirmed having a steady girlfriend for over a year. How does he find the time to take her calls, forget about meeting her? Apparently being your own boss offers Mr. Y the flexibility to adjust his plans to suit his girlfriend’s, something he couldn’t do in his investment banking job. Mr. Y also believes that startups teach a person to be responsible and to manage their time and priorities well. How come my husband, who is doing his second startup, still can’t manage his time to watch a matinee show with me? I guess I need to help him get his priorities sorted.

As I strongly believe in gender equality, I had to talk to a female entrepreneur too to get a balanced view. So I talked to a really pretty looking girl running a wedding planner startup. I was glad to learn that she has had a string of affairs early on, but is now in a committed long-distance relationship and plans to get married next year.

What in the world is going on with entrepreneurs? How can so many of them be in steady relationships? They are supposed to be the risk-takers, the explorers, and the unstable breed. And they ought to be chasing the next round of funding, not going out on dinner dates or buying flowers.

Here is my take on this enigma. I think that while the college-goers are more likely to indulge in casual relationships, one-night stands, and parallel processing, most twenty-something entrepreneurs believe in investing their time in a relationship with the promise for higher returns.