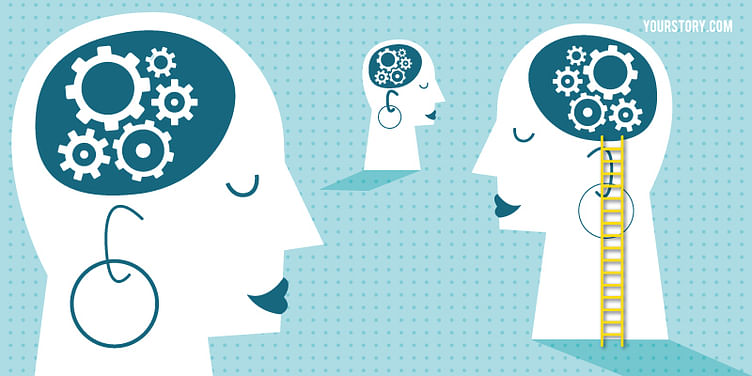 The splitting of the body from the mind while trying to understand ill health is a barrier to delineating the real causes and managing them effectively. In fact, the underlying reasons behind many physical ailments like headache, backache, fatigue, frequent infections, arthritis, gastric irritations, skin problems etc., are psychological in nature. While an enhanced awareness about the psychological roots and symptoms of illness can help us battle them early on and more effectively, taking care of one’s mental health also involves improving relevant, associated social elements.

Health is an entity that lies beyond the biological context of an individual. World Health Organization (1986) sees health as multidimensional and defines it as ‘a positive concept emphasising social and personal resources, as well as physical capacities.’ Therefore, addressing the physical, mental and social well-being together will lead to holistic and sustainable changes in women’s healthcare.

Mental illnesses affect women and men differently. Some disorders are more common among women and some express themselves with symptoms different from those among men, as is explicit in common mental disorders such as depression, anxiety and somatic complaints. These disorders, which predominate in women, affect approximately one in three people in the community. Depressive disorders account for 42 percent of the neuropsychiatric disorders among women compared to 29 percent among men (WHO, 2009). Women report more intense, more numerous and more frequent bodily symptoms which are psychological in origin. Besides the biological aspects, the psychosocial reasons of mental illness vary between women and men as well. Researchers suggest that gender differences in self-perceptions about illnesses, symptom labelling by the society and cultural differences in reporting the symptoms as some of the major factors contributing to this variation.

Apart from this, what are the ways in which gender differences and society’s attitude towards them affect women’s health?

It has long been known that the social environment is of critical importance to one’s health. A number of studies on women’s health have demonstrated strong links between health status and socio-economic factors affecting women. Limited participation in public life, restricted decision-making, devalued role expectations, poverty, violence and sexual abuse hamper the potential for mental well-being. Social and economic stresses, coupled with the inequitable burdens imposed by gender-role expectations, often have a negative impact on women’s health, happiness and potential for personal fulfilment and achievement (CMHA, 2012).

The Social Rank Theory (Stevens & Price, 2000) highlights several key variables in the development of mental illnesses. There is a positive correlation between the frequency and severity of these variables and that of mental health problems in women. Societies where gender inequalities are hugely prevalent, mental health issues among women are reported as high, demonstrating the differential power and control men and women have over the socio-economic determinants of their mental health and lives, their social position, status and treatment in society.

How to be vigilant and resilient?

At the individual level, there are many ways in which women can take control of their mental health and work towards a healthier state of being:

Good mental health is important intrinsically, conferring a subjective sense of emotional well-being on the individual woman and extrinsically, representing a significant resource to the broader society in which she lives and works in.

WHO (1981) defines ‘Mental health as the capacity of the individual, the group and the environment to interact with one another in ways that promote subjective well-being, the optimal development and use of mental abilities (cognitive, affective and relational), the achievement of individual and collective goals consistent with justice and the attainment and preservation of conditions of fundamental equality.’ Therefore, mental health among women is a social goal relevant to all of us in our pursuit of an egalitarian society.

About the author – Dr. Sunitha Thampi is the Director of Analytics and Insights, Asymmetrique. At Asymmetrique she is a Senior Research and Insight Professional. Sunitha has completed her M.A. in Psychology from Kerala University and holds a PhD in Psychology degree from Pune University. She has also authored few books on Psychology such as Health Psychology and Counseling, Positive and Negative Syndrome Scale and Psychological Aspects of Health and Illness.