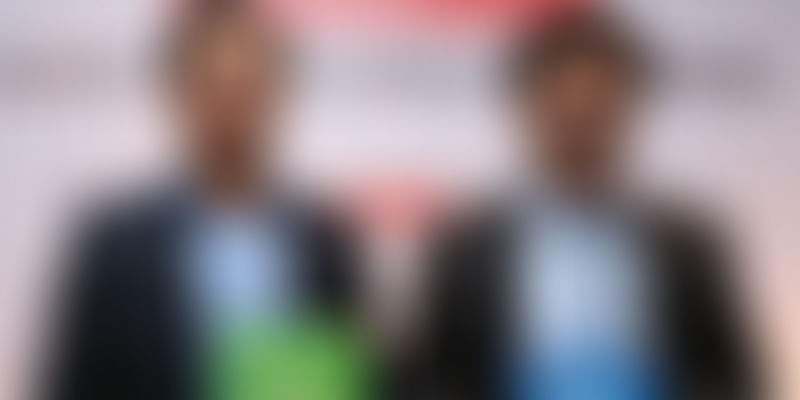 Mahatma Gandhi once said, “You must be the change you wish to see in the world.” The story of Kailash Sahebrao Katkar and Sanjay Sahebrao Katkar of Quick Heal Technologies bears testament to this, and shows us that even entrepreneurship can come from the desire to change the world and by breaking out of your comfort zone.

On February 8, Quick Heal Technologies will hit the capital markets with its IPO at a price band of Rs 311 to Rs 321 per equity share and a fresh issue of Rs 250 crore. Its equity shares are proposed to be listed on the BSE and NSE.

Sequoia Capital currently holds 10 per cent stake. After the IPO, it will come down to 6 per cent.”

Sanjay says that 50 per cent (Rs. 110 crores) of the band will go in marketing, 16 to 17 per cent (about Rs. 40 crores) will be utilised in building technical and lab facilities (R&D) and Rs 27 crores will be used in building new offices in India and abroad. Currently the R&D team has 120 employees.

Quick Heal will become the first Indian software product to hit the capital markets with an IPO marking an epic journey that began in a small village in Maharashtra.

Born in Rahimatpur, Kailash had to provide for his family by taking up a job in a radio and calculator shop, at a salary of Rs 400 per month, soon after his matriculation exams. Simultaneously, he started earning Rs 2,000 a month by taking up screen printing, and the repair of radios, ledger posting machines and TVs.

Soon after, he opened his own hardware repair shop and was making a comfortable living. He noticed the rising popularity of computers and shifted his focus to these over other machines. He started a workshop for computer repairs in 1990 and eventually won the annual maintenance contract for New India Insurance. His brother Sanjay (who was then studying for his MCS degree) observed that the majority of requests were for computers that had been virus-infected. The duo then came up with the idea of a security software company Quick Heal and released their first Quick Heal Antivirus for DOS in 1995.

Kailash is MD and CEO, and Sanjay is joint-MD and CTO. Before launching the first version of Quick Heal, Sanjay had created a few tools to kill the Michaleangelo virus. Kailash started distributing those tools for free to his customers. Having received a positive response, he suggested that Sanjay create an anti-virus software out of those tools. Kailash then approached hardware vendors to educate them on how to sell this software.

At the time, we were simultaneously running the hardware business, which was our only source of cash. Kailash took on the responsibility of marketing the products, and I used to take care of the R&D. To gain an edge over the competition in the market, I started creating differentiators in our products. In addition to big MNCs, seven to eight big Indian companies were selling anti-virus products.”

For the first five years, Quick Heal was present only in Pune, but that did not turn out successful. The duo could not afford an office space in Pune. Lack of interest from banks and investors led them to take a hard call to shut down the business in 1999. However, a series of discussions with friends gave them the idea to market the product aggressively. Kailash then took out a half-page advertisement in Times of India and started focusing more on marketing in a bid to expand the business.

In 2002, we recruited Abhijit Jorvekar (who is now the executive director and SVP of sales). He created a new whole ecosystem of replicating similar successes in other cities. We opened our first branch in Nasik in 2003 and made all our hardware vendors sell our software too.”

From 2002 to 2010, Quick Heal expanded from Pune to other major cities. Today, it has 33 branches across India, and customers from approximately 80 countries. Quick Heal was earlier named CAT Computer Services; in 2007, the brothers rechristened it Quick Heal Technologies Ltd with the opening of a new R&D centre in Pune.

In 2010, the anti-virus security company received an investment of Rs. 60 crores from Sequoia Capital. The fund was utilised to open new branches in Tamil Nadu followed by offices in Japan, the US, Africa and the UAE in a span of two years. Today, it has a presence in more than 80 countries.

From 2011, Quick Heal started developing security software targeted at enterprise customers, and by 2013, it released the first Enterprise Endpoint Security Software for computers and servers.

At that point, we started getting good competition from Bengaluru-based anti-virus security company Symantec. So, two years ago, we launched UTM (Unified Threat Management), which filters all threats from the Internet. Last year, we launched Quick Heal Gadget Securance for Android, a mobile device management software that protects all mobiles and tablets in an organization,” says Sanjay.

Today, the company caters to both the retail and enterprise segments for desktop and mobile security, end-point security, cloud-based mobile device management and a host of other solutions.

Since its inception, more than 24.5 million licenses of its products have been installed by various users. As of December 31, 2015, Quick Heal has over 7.1 million active licenses spread across 80 countries. With 19,000 retail channel partners and 349 enterprises channel partners, the company has a strong and diversified network to reach end-customers both in India and globally.

For the last four years, Quick Heal has been growing at a CAGR of 17 per cent (FY 2102-15) with a majority of revenues coming from India. Product wise, 70 per cent of the revenue comes from retail products and 30 per cent from enterprise and government. Currently, Quick Heal has 319 government partners. In the last fiscal year, the company witnessed a revenue of Rs. 284 crores.

Other Indian companies that have announced an IPO include Justdial, which went public on May 20 2013 at a price between Rs. 897-898; online travel portal MakeMyTrip, which was listed in 2010 on the NASDAQ; and Infosys, who announced their IPO in February 1993.