Gift your lover a perfect mini replica of themselves, use a 3D Printer 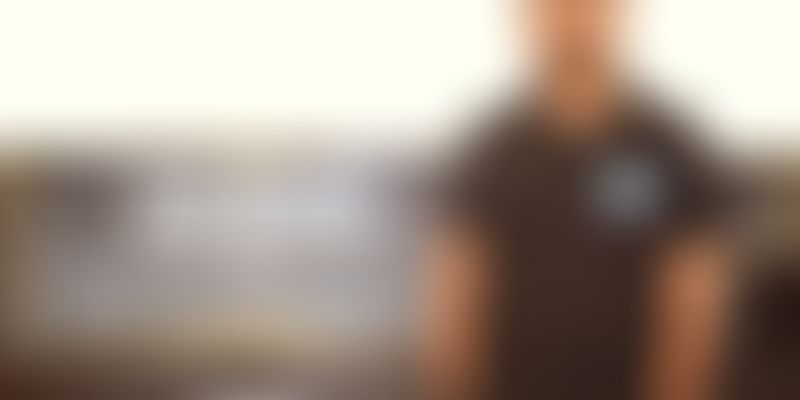 If one dared to dream of making it big in the next five years, then 3D Printing would be a safe bet. However, those who dream must remember that there is no precedent for a commercial model in the 3D Printing world. While manufacturing companies have always used 3D Printing in research and development, or for making small components or testing prototypes before making the production model, mass applications of 3D Printing are just about taking off. General Motors, the $152-billion-dollar automobile company, has invested in several 3D Printers, supplied by 3D Systems, for rapid prototyping. Here, engineers need not invest in tools to manufacture a prototype or a component; instead they could do a mock-up design and get a sample part printed to understand the required finish. Similarly, Airbus Group SE, the $69 billion aircraft manufacturer, works with 3D Printing companies Stratasys and Materialise to make plastic components for their jets. But these are large companies. Does a startup stand a chance?

Siddharth Rathod and Kamlesh Kothari have invested a little more than Rs 2 crore, of their own money raised from family members, to make 3DPrinting available to the masses. Their startup , founded in late 2015, has limited 3D Printing to the medical and lifestyle segments. Their idea is to get people to download their app and portal called CloneMe, which they can use to scan themselves or their friends and send it back to 3dfication for printing the busts. CloneMe, was built by Siddharth along with four other software engineers.

“I was doing my masters in entrepreneurship in the UK when I encountered 3D Printing in a shopping centre. This was a basic application where people would scan your face and print miniature replicas,” says Siddharth. He began to do some deep-dive research on applications and attended seminars on 3D printing, which led him to decide that this technology was the future. It was at a 3D Printing expo, in Singapore, that he met Kamlesh Kothari, who was a maxillofacial surgeon, who was trying to understand the benefits of 3D Printers for facial surgeries. They befriended each other and decided to meet back in India to discuss a possible business model, which could make 3D Printing commercial in India. They discussed two business models, one a lifestyle segment where ordinary folks and institutes could work with 3dfication’s centre, in Bangalore, to print out scale models for projects and collections. The other business model was to capture hospitals, for surgeons to use 3D printing to understand the characteristics of bone, skin and organs. The two founders are in the process of signing in hospitals.

“The doctor needs to know the structure of the face before he operates on the patient. A 3D printed face can allow the doctor to understand the shape and other characteristics, which are required before beginning the procedure,” says Siddharth Rathod, co-founder of 3Dfication. Orthopaedic Surgeons and heart surgeons can also use this to their benefit before a surgery. Usually, a high-end 3D Printer costs Rs 70 lakh, and is therefore largely used by corporates with deep pockets. But for a startup like 3dfication, this is an opportunity because there are several Institutes and individuals who are willing to pay for using a 3D Printer part time. “Small Corporates can use our printers and work on their designs,” says Siddharth.

The company has invested in a machine and has already garnered a few orders for the lifestyle segment of the business. The printer was sourced from 3D Systems, in Germany, and is a ProJet 660Pro colour 3D printer.

The money will be made in delivering corporate lifestyle products for gifting or in working with institutes to build scale models. Once the product is scanned through a CAD system and uploaded in to the CloneMe portal or through the CloneMe app, 3dfication converts the scans in to a 3D model prints them. Individuals can also upload high resolutions photos of their profiles, or a 3D scan, in CloneMe, which will then be converted in to a 3D model that can be printed. Depending on the size and detail the print will be ready in three hours or more. The printing price too depends on the size and detailing of the bust. Pricing starts from Rs 970, for a 2 inch fridge magnet, and it goes up to Rs 35000 for a 14-inch head to toe to model.

The machine will also be made available for printing research prototypes, where the institute has to pay 3dfication for the time the machine is used and for the number of prints it makes.

Then, there is the medical business, which is going to be the sweet spot as the startup expects hospitals to use prototypes before operating on individuals. However Siddharth confesses that this business is going to take some time to build.

Their machine uses “gypsum” to “print” the scanned images. Gypsum can also be used in the medical field to construct face and bone structures. Gypsum is nothing but plaster-of-Paris used in bone structures and construction of homes. But don’t worry, it is not all white, there are different colours that the printer uses while creating your loved one’s likeness.

The competition for 3dfication comes from DF3D, a Bangalore based company, which has already commercialised printing operations in the medical field. They have been funded Rs 50 lakh by the Department of bio-technology. There are others who are trying to make a mark too in the 3D Printing business; startups like aha!3D and Fraktal are tweaking their businesses to make this opportunity commercial. But there have not been sure shot business models in this industry. Only the next decade will decide some real go-to-market strategies because large corporate will look at partnering with startups for design strategies.

So, what exactly is 3D Printing? It is simply a process of additive manufacturing to synthesise three dimensional objects be it in any shape or geometry. Conceptualised in the early eighties, manufacturers sought to bring an alternative to prototyping of components by using computers to generate cross-sectional patterns of the object formed. In simple English, it would mean engineers had the opportunity to understand the properties of a product before going into production. Today, common printers use plastic extrusion and other metals; there are 3D Printers that even use chocolate extrusions.

According to Gartner, there were 1.08 lakh 3D printer shipments in 2013, and this is likely to increase to 2.3 million in 2018.The firm adds that 3D printer shipments will more than double every year between 2015 and 2018. It is estimated that around $6 billion will be spent in this time frame. In India, a handful of corporates use 3D Printers, mostly in the medical and automobile fields. But 3D Printers could benefit an average student in University to make components and also make prototypes for machines. It could benefit component manufacturers in making their own plastic parts, for their machines, rather than waiting for component resellers to ship the product.

“The commercial opportunities for 3D Printing need to be explored. It is a very nascent field in India. But its applications are wide and globally it’s being talked about in every forum,” says R Natarjan, CFO of Helion Ventures.

Over the next ten years, 3D Printing might become more commonplace like photo copying machines. We have fallen in love with the word Xerox, and what is the name of a corporation has become a common noun for photocopying in India. Will 3dfication begin that trend in the 3D Printing world?