[App Fridays] Positioned as a ‘super aggregator’ of other service aggregators, Scoot 2.0 helps you save time and money 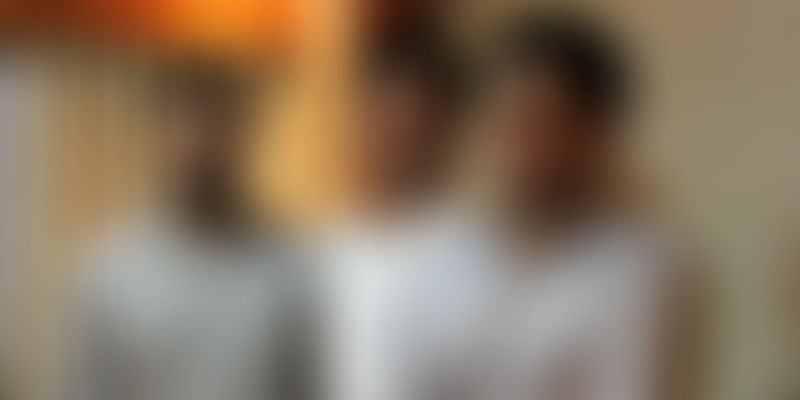 In its essence, the second version of Scoot is an aggregator of on-demand, intercity and rental taxi aggregators. By integrating multiple APIs, Scoot looks to take the hassle out of juggling between multiple apps and allows users to get the service they desire more quickly. To do so, users need to set their pick-up location and the app provides information about taxi cabs across different service providers.

Currently, Scoot shows the nearest(or cheapest) available taxi cabs across Uber, Ola cabs, Lyft, Sidecar and Hailo. It is currently active in 85 Indian cities and a few locations abroad too. If on picking a service provider, the user doesn’t have the app installed on their phone, they will be redirected to the Playstore or AppStore to download the app to complete their booking.

Scoot’s founding team consists of Aditya Bagmane (24), Akshaan Nambiar (22) and Dhruv Kalro (23). Aditya is an engineer from RV College, Bengaluru and had worked with Bagmane Group for a year. As the COO at Scoot, he handles partnerships and operations. Akshaan has a bachelor's degree in media studies from Symbiosis University, Pune and worked in media for a year. As the CMO at Scoot, he looks after marketing.

Dhruv has a degree in business management from Center for Management Studies, Jain University, and had interned at Embassy Group for a year. As the CFO, he overlooks all the financial transactions at the startup. Currently consisting of a team of nine, Scoot counts Sagar Yarnalkar and Gunjan Thakuria as their tech and product advisors respectively.

Scoot initially started out as a side project in January 2015. Realising the need for a better solution instead of juggling between multiple apps, the team launched the first version that aggregated the services of only on-demand cabs-Uber, Ola and TaxiforSure.

Related read from January 2015: Someone just created an aggregator app for all the taxi aggregators

But, over time, Scoot found that aggregators were able to see their side of the picture and the benefits of a ‘super aggregator’. The team claims that Scoot currently has about 35,000 installs across both Android and iOS.

Scoot has a straightforward business model where it earns a revenue for every transaction that it has facilitated through its platform. Currently bootstrapped, the startup has relied on word-of-mouth, digital marketing and offline marketing at selected locations like tech parks to help it boost growth.

In the process of integrating the recently launched bike taxi services, Scoot aims to add self-drive and airport transfer services in the future. Integrating multiple APIs and getting them to work in tandem while keeping the size of the app as low as possible is a key challenge for Scoot.

Smartphones have brought in a new revolution in this on-demand and sharing economy that is taking the world by storm. With multiple players in the market and a lot of options, juggling between multiple apps while standing on the street can be tiring and time-consuming.

So this has led to the rise of ‘super aggregators’ and other cross-integrations. Facebook recently announced that Messenger and Uber had tied up, and users could now book cabs directly through the messenger app.

With the intercity and rental market opening up there are many more services that end consumers want. Aggregators apps have also gained mainstream popularity in recent times, specially in the content market where players help consumers access the best content based on their preference and gives content providers more visibility. Coming back to super aggregators for cabs, Delhi based CabsGuru which has over 100k installed raised 200k in angel funding in December 2015, Hyderabad-based Bucker aggregates cabs, food and mobile recharge apps and then there are Ixigo cabs, Instago and Ek based out of Delhi.

The app also has an offers tab where it provides users access to different discount codes they could utilise for their rides. The inter-city and rental aggregation are executed well too, and users can connect with different service providers based on their specific needs.

While the app lives up to its premise as a ‘super aggregator’ that helps users save time and effort, more features such as a map-based user interface and ability to save frequent routes would add to its appeal. Also, including a separate tab for ‘shared taxis’ across aggregators would be a useful feature.

Finding and booking a cab during peak hours is a hassle that customers and also cab drivers face. Scoot and other ‘super aggregators’ provide a level playing field for all aggregators and decreases lead times for both parties(consumers and cabbies) involved in the transaction. Juggling between multiple apps can be quite difficult and frustrating, so there is clear value addition through this service. With a young team that is close to product-market fit, it will be interesting to see what further integrations they add and how they scale operations.