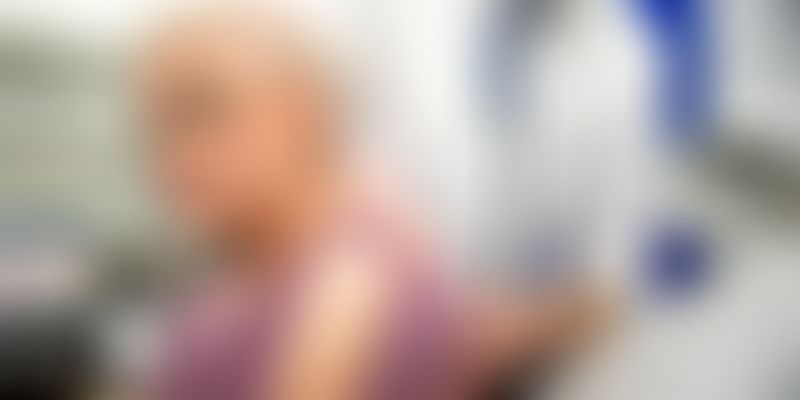 Kelly Potter, 35, a young British woman has become one of the first cancer patients to be injected with a new vaccine designed to stimulate the immune system. It is believed that this vaccine destroys cancerous tumours in the body. Kelly was diagnosed with advanced cervical cancer in July 2015. She was among the first to be enrolled on this cancer vaccine trial, which will run over the next two years involving up to 30 volunteers.

As Kelly was diagnosed with stage four cervical cancer she was eligible for the trial at Guy’s Hospital in London. The disease had unfortunately spread to other parts in her body. “Although I had excellent treatment at Guy’s where the cancer was stabilised, it had already spread to spots on my liver and lungs. So when I was told that I may be eligible for this trial, I was delighted,” said Kelly, as reported by The Times Of India.

Medical researchers have designed the vaccine to encourage the immune system to react against a part of the cancer cell that allows it to continuously replicate without ever dying. At the same time, the patients on the trial will be prescribed a chemotherapy drug that should, at low doses, “lift the brakes” on the immune system so that it is no longer prevented from attacking the body’s own cancer cells, scientists said.

“To be part of this trial has changed my life for the better. It’s been a very positive experience and really interesting. I feel honoured to be involved. You get the best treatment anyway at Guy’s but it’s fantastic to be part of something that could be ground-breaking,” said Kelly.