After a Rs 3Cr pre-Series A round, Collegedunia looks to leverage India’s mobile population 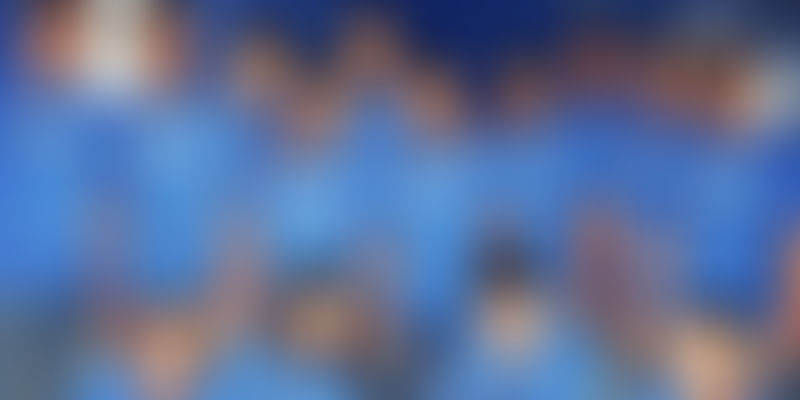 College search engine Collegedunia recently raised a Rs 3-crore pre-Series A round, to spruce up its mobile offering for tech-savvy millennials, who form its target market. The funding, from Umang Kumar, Co-founder and CEO of Gaadi.com, will be deployed for product development and team hiring. After noticing a steady increase in mobile web traffic on its platform, the startup recently launched its Android app, with an iOS version currently under development.

Collegedunia collates information on higher education in India and abroad and currently claims to feature 20,000 colleges, institutes and universities, with data on one million fees structure on its platform. It covers areas like fee, placement, alumni record, rankings, awards and extra-curricular activities, and claims to average 60,000 visits every day across mobile and web platforms.

Founded in 2014 by Sahil Chalana (28), Collegedunia now consists of a team of 100 with an average age of 25 years. Sahil, a 2010 BITS Pilani graduate, initially started an education forms startup - getmyform.in. While they achieved success by helping build 3.14 Digital, the startup did not work out in the long run and the founders parted ways.

Sahil then noticed that there was a huge gap in the data collated and the quality of information being sought by college aspirants in the pre-admission sessions. So, along with his team, he pivoted on their existing model and worked on lead generation for educational institutes and launched Collegedunia.

After bootstrapping for about six months, the startup raised Rs 1 crore in angel funding from Gaadi.com CEO Umang Kumar and other undisclosed investors in November 2014. Some of the key members include-

With about 38 percent of its traffic coming from mobile, the startup believes that mobile as a platform can contribute to exponential growth. Sahil says,

College search is the second most important thing for a student and we aim to be the mobile personal admission assistant to the student during his admission hassle.

The Indian education market is estimated to be worth $100 billion and is poised to witness major growth in the years to come as the country will have the world’s largest tertiary-age population and second-largest graduate talent pipeline globally by the end of 2020.

The total amount of foreign direct investments (FDI) inflow into the education sector in India stood at around $ 1,200 million from April 2000 to June 2015, according to data from Department of Industrial Policy and Promotion (DIPP).

Some of the interesting players in this space include, Careers360, which raised an angel round in 2014, and more recently, in December 2015, acquired Mumbai-based NoPaperForms.

Online test preparation startup Toppr has made two acquisitions so far, with Manch in Febraury 2016, being the most recent. Another interesting development in the education space was when Khan Academy partnered with Tata Trusts last December, to create specialised, freely available online content tailor-made for India.

Collegedunia aims to reach one lakh visitors per day and cross one million installs in the next six months. Its long term vision for the next 12 months is to cater to the end-to-end needs of students looking for admissions in India. It then wants to replicate the same model abroad and venture into online counselling.

With about 25,000 installs in two months, Collegedunia is optimistic about its mobile growth and aims to offer counselling services through its app in the future. While it currently offers information about 20,000 colleges across India, the startup hopes to double the figure by the end of 2016.

India holds an important place in the global education industry, and is estimated to have more than 1.4 million schools, with over 227 million students enrolled and more than 36,000 higher education institutes. With mobile gaining widespread adoption in the taxi and e-commerce industry already, it is most likely the next turf for edtech startups to fight it out in the near future.

The education sector unlike most other sectors in India is not affected by price consciousness. Indians are generally willing to pay a premium for accurate and timely information related to education, so there is a tremendous opportunity in this sector. With 20,000 colleges and institutes covered, Collegedunia has a good opportunity to cash in and also help better the lives of millions of aspiring students.