What Tesla Motors did with cars, this Sequoia-backed startup aims to do with smartphones 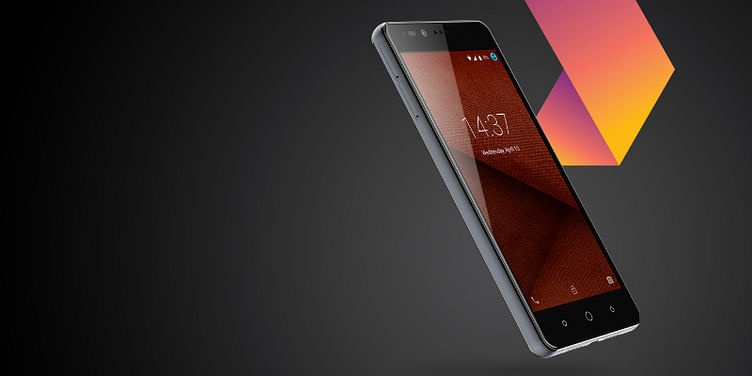 On October 14, 2015, Tesla Model S owners across USA woke up to a surprise. While they were sleeping through the night, Tesla had rolled out a major upgrade to all their cars to enable the now famous autopilot feature. And the most interesting aspect was that the upgrade was entirely through a software (firmware) update-‘Tesla Version 7.0’. Balaji S. Srinivasan, CEO at 21.co, noted,

Tesla's use of an over-the-air update to create self-driving cars is one of the most important things ever to happen in technology.

Historically, almost all major product upgrades generally required companies to make changes on the hardware side. But now companies are able to make drastic changes and improvements through software and firmware updates remotely, having already planned in advance on the hardware side. Tesla, in fact, had equipped the Model S with specific hardware: radar, cameras and ultrasonic sensors, almost a year in advance, for the incremental introduction of self-driving technology.

India-based CREO, which recently teased the launch of its new smartphone, seems to be going down the same path as Elon Musk’s Tesla Motors, and promises to provide- ‘A new phone every month’ after the phone is shipped, through monthly software updates that go beyond just UI changes.

Mango Man Consumer Electronics was founded in 2013 by Sai Srinivas Kiran G and Shubham Malhotra. The startup’s first product offering was Teewe – an HDMI media streaming device(a Google Chromecast competitor) that was launched in September 2014. It then went on to launch Teewe 2 in May 2015 and claimed to have established itself in about 50,000 households across India. Most recently, the startup re-branded to CREO, and announced its plans to develop a new smartphone based on its proprietary Android-based OS, Fuel.

A YourStory TechSparks 2013 Tech-30 startup, CREO had raised Rs 11 crore in seed funding from Sequoia Capital and India Quotient Fund in March 2015, and prior to that had raised angel investments from multiple well-known angels and entrepreneurs. In January 2016, it announced that it had raised $3 million from existing investors- Sequoia India, India Quotient and Beenext Ventures.

Sai, CEO of CREO, spoke to YourStory about Mark 1 and explained how CREO aims to break the clutter of the smartphone industry with a device that ‘stays new, always’. CREO aims to change the playing field from hardware specifications to the end user experience by leveraging the hardware-software integration in a better way.

CREO believes that software experiences are the only differentiators in an industry where hardware is overtly commoditised. So, while relying on a stock Android UI, it aims to develop OS level features that are currently not prevalent in the market.

This premise is based on the fact that smartphones tend to lag after a few months from purchase. The slowdown is generally attributed to the lack of updates sent out from the phone manufacturer’s end to its existing devices. Talking about their brand's promise and creative ethos, Sai says,

We promise to send out regular updates each month that empower users with functional and smart features that improve the performance of the phone as well as give users the feeling of ‘a new phone every month’.

Sai notes that today most operating systems' updates and features come from a company’s own team of engineers and developers. CREO promises to include a community-inclusive update system that takes feedback and suggestions from users to build new features every month. He adds,

Moreover, we plan to credit every feature publicly, to the people who suggested it. We’re developing an application that will enable our users to tell us what they’d like to see in the next update.

Xiaomi has been using a similar feedback mechanism for some time now by reaching out to fans through their forums.

CREO declines to reveal the price point of the phone as it is currently finalising certain aspects with partners. But Sai confirms that Mark 1 would be a high-end phone targeted at the tech-savvy audience who wish to push the envelope, OS experience-wise.

On the nature of the updates and if 12 updates a year could maybe put off the non-tech savvy population, Sai says, “We are not going to change the UI every month. The updates will be functional in nature and include new features. While it may not appeal to an older or non-tech savvy population who don’t like regular changes there is always an option to ignore updates.”

Sai believes that in a value-conscious country like India, a phone that regularly reinvents itself with new features would probably see a lot of consumer interest.

CREO currently consists of a team of 70 makers, engineers, developers and designers, spearheaded by the founders, Sai and Shubham (CTO). The other core members overlooking different veritcals include, CPO Rachit Rastogi and VP Products Gulsher Singh, who work on designing and managing the product, respectively. Vartika Verma is the CMO, while Lalit Mohan handles partnerships and sales as the Chief Sales Officer and Nishtha Pangle leads Branding and Design. In the long term, CREO plans to licence its software out to other players.

A recent CMR study on the ‘State of Mobile Operating System Adoption In India’ concluded that while hardware is being commoditised, it is software that will be the ‘key differentiator’ in the future. The research further suggests that OEMs will have to adopt an experience-driven approach enabled by OS features as the ‘spec-war’ reaches its peak. Most brands (95 percent), according to the study, only customise the software at the user interface (UI) level, which is cosmetic and affects only the OS’s appearance.

India is estimated to be the fastest growing smartphone market in the world. Urban India has already adopted smartphones and the mobile Internet user base grew by 65 percent in one year, to reach 197 million in October 2015. The smartphone and mobile Internet user base in rural India was expected to reach 87 million by December 2015 and 109 million by June 2016. Smartphone shipments in India reached 25.6 million in the December quarter, up 15.4 percent from 22.2 million units in the same period a year ago, according to a recent IDC report.

Samsung recently retained its number-one position after the December-2015 quarter results having increased its market share by almost five percent (from 22 to 26.8 percent). Micromax, on the other hand, lost four percent of its market share, slipping to 14 percent. Lenovo Group Ltd surpassed Intex to take the third position, with a market share of 11.6 percent, while Intext and Lava took the fourth and fifth positions, respectively.

Chinese players like Xiaomi and One Plus are also seeing good traction and response in India for their ability to sell mid-segment devices at low price points. More recently, the Indian audience witnessed the rise and fall of Freedom 251, which promised a smartphone at Rs 251. So there is immense interest and room for growth in the smartphone segment in India.