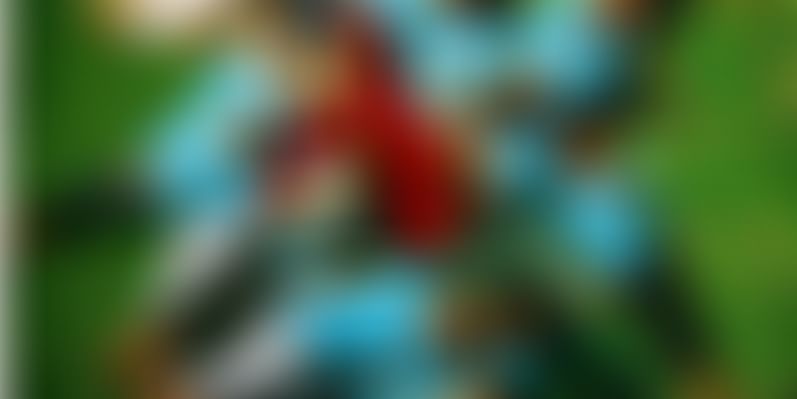 NRI Robin Raina runs a billion-dollar software-company in America. A business trip to India proved to be life changing for this quintessential billionaire. Robin was so shaken by the poverty and the slums that he decided to dedicate $20 million to build 6,000 homes for slum dwellers in Delhi. Robin went on to set up the Robin Raina Foundation.

For the 2010 Commonwealth Games, slums in Delhi were demolished and scores of people were rendered homeless. Delhi was dressing herself up for the Games. At around the same time, Robin had completed building 1,732 homes for the refugees living behind the Red Fort. The demolition spurred Robin to build another 6,000 homes for the homeless in Delhi and Noida. A $20 million dollar investment plan was laid out.

“A home gives you a feeling of security and comfort. At present 100 million people in the world are without homes. It is heart wrenching to imagine the suffering and insecurity they face each day. I recently set up the Robin Raina Foundation and pledged a considerable amount of my time and resources in philanthropy. Over the last two decades, during my travels across Asia and Africa, I saw malnourished and handicapped children without any education,” Robin told The Times Of India in 2015.

The Robin Raina Foundation under Project Shine started work on a number of projects targeted towards providing education, food, clothing, medical care and shelter to the slum dwellers’ children in Noida and surrounding areas. A new school with 329 children was started in the slums of Noida in Sector- 53.

“My number one priority now is charity. My dream is to make charity fashionable and cool. I want people to experience the joy of giving. At present my focus is on the poor and the underprivileged. Homes for the homeless, education for underprivileged children and vocational education and skill development for the deprived are the areas I would like to concentrate on,” said Robin.

By the end of 2017, Robin intends to invest at least $120 million towards philanthropy in India. To know more about the Robin Raina Foundation visit https://www.rainafoundation.com.